What a wonderful weekend & epic style of weather!! Saturday I left the GoPro in the back room on a 10sec time ( 7.2GB's Worth ) lapse while I went downtown 2 meet up w/a client. Rode the commuter bike & meandered on down the rode because of the wind. In between houses was rather calm but out in the open I was sand blasted by the open dirt lots. The skies turn into a dark purple almost snow like conditions. The wind whipped from the north & any second the clouds were going 2 open up & dump. Was riding a bike such a good idea???? YES, it was because like always NOTHING fell!!!! No Rain, No Snow, Just Wind, & Clouds.

The evening offered up an outstandingly mesmerizing MOONrise. The setting sun lit up the clouds 2 the east w/an unreal pinkish, lavender, pillows of clouds w/a happy full moon just above the Grand Mesa. Those clouds were still moving towards the south so we saw the moon pop out a number of times as if Mother Nature allowed us 2 see the rise of the moon a number of times. AWESOME!! 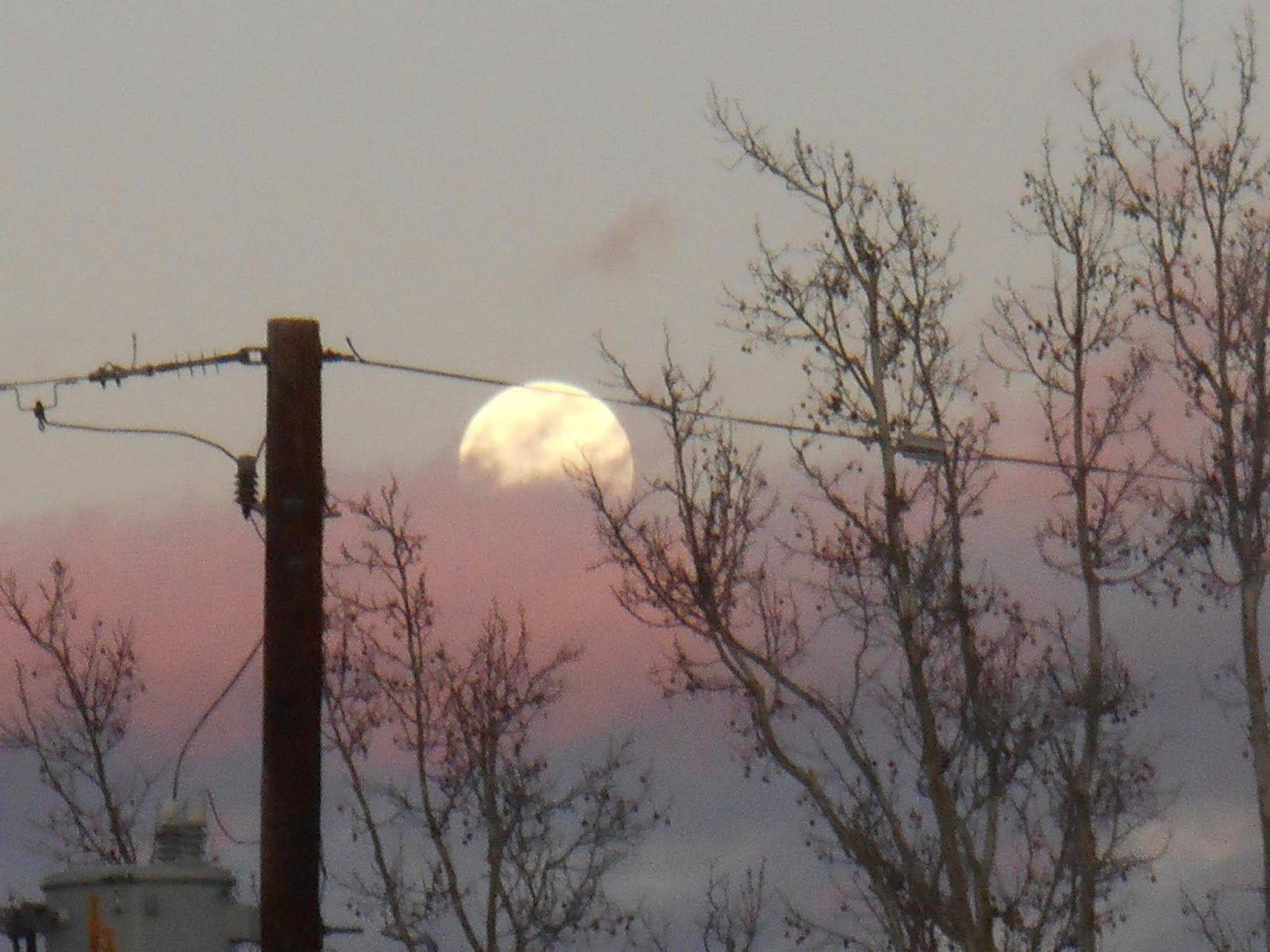 Sunday started out w/a calming breakfast of fruit, granola, & yogurt. I pretend like nothing was going on as 2 not stir up the Boy Dog. FAIL. He knew something was up & started his famous Tip-Toe-N-Slow-Mo. He is such as classic & the love of my life!! Once he saw me load up his backpack he went ape SH*T 4 sure. Him & I were headed 4 the foothills of Paonia. In my mind, we were leaving the "burn" season. Heading south 2wards delta was beautiful & took me back many moons from my past employment. When coming around the corner before the glider airport, how wrong I was. Delta & Montrose were socked in w/smoke. The air quality was awful as can be & the San Juan Mt Range was nowhere 2 be seen. Total Drag. Turning east & traveling 2wards Hotchkiss was a little better but that smoke smell soooooo sucks it!!! I have always liked the little towns of Hotchkiss & P-Town. I always said that I would live there IF WORKING WAS A POSSIBILITY!!!!

Pulling into P-Town has always been a favorite of mine. This little community surrounded by snow capped mountains & open space of agriculture. Shadow just about jumped through the roof of the car because he knew what was coming up. We arrived at Amber & Judd's place & Shadow couldn't contain himself. He was crying, whining, & pacing around the back of the car. CLASSIC. Judd was heading out 2 fly his plane & Amber was happy 2 hike w/the Boy Dog & I. The trails were mostly dry. Some soft spots in the shade but hard & dry in the sun. Our hike flew by as Amber & I talked & the Boy Dog ran his 3:1 ratio. His 3 miles 2 our mile. What a beautiful day………..
Posted by The Padre at 9:01 AM