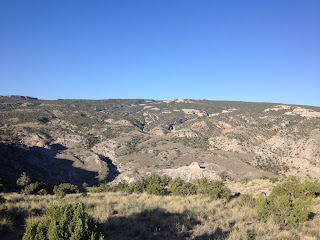 The Grand Valley offers over 10,000 miles of trails. Think about that??? 10,000 miles of off road beauty. Click On These Photos And Picture Yourself Surrounded By Silence 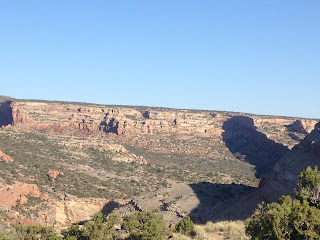 In any direction, The Boy Dog and I can simply GO. Our Colorado Governor dedicated May 20th 2017 as Colorado Public Lands Day. Governor John Hickenlooper addressed a number of us during the Off-Road Endurance Race and delivered a brilliant speech. Many of us chatted about his inspiring words of honoring our public lands afterwards. It was so nice to connect with fellow man again 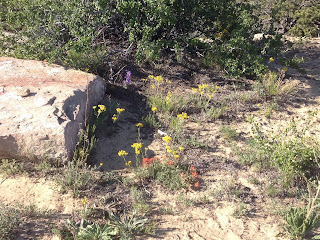 I am bringing this up because I have been thinking a lot about our trails, our water, our freedom, and ways of educating our youth. We all know that our youth is our future!! We know this. The youth will be the answer to cleaning up trash, i.e. NOT THROWING AWAY TRASH and packing it out. Educating the youth is my answer anyway. Thats the easiest ways of curing diabetes, eliminating obesity, and empowering ones soul. Wish Me Luck 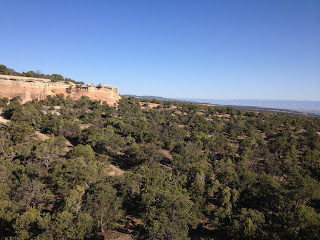 My legs felt really good this month. The calf issue has gone away, my gluts are much stronger ( balanced ), and absolutely no new problems have surfaced. Todays Strava update will put me over 300 miles for the month and somewhere along that line I posted 3 new personal records. Righteous 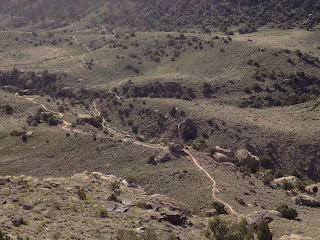 I am totally looking forward to the month of June. The month starts off with the Palisade Grand Fondo this Saturday. Then, the crazy down hill enduro on Sunday. This is a 3 Stage race on Sunday June the 4th. Our Grand Valley will explode with excitement, will fill with tourist, and breathe life again. I am so fired up right now. I am about to lace up and take the Boy Dog out for a site inspection today. We are hiking all three stages and checking for that elusive perfect line.


Cheers
Posted by The Padre at 8:46 AM No comments:

I am back on Spring Time chores again. Thankfully, I have the Boy Dog to supervise my every move. 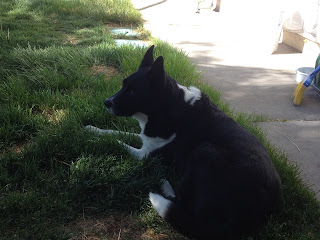 Gramps is still Gramps. He loves to eat and believes that any human in the kitchen equals a treat, handout, or an empty plate to be throughly licked clean. After all, he does have a purpose. 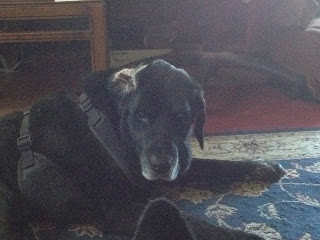 Recording some sweet miles on Strava and I am under the impression that the old Garmin is on its last leg. I tired uploading a No Excuse Loop but Strava had the big red bar "inciting a riot" No, how about indicating "missing data" to upload. Oh Well, The Boy Dog says he doesn't need to be tracked anyway. 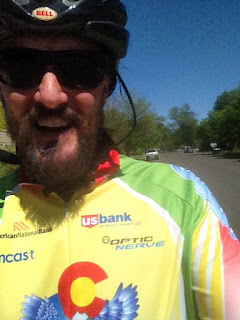 Our ever changing Colorado weather has lived up to its name. Mothers Day weekend produced a record high and then snow fell above 5,500 feet last night. The humor I find in this is a few gym members expressed their worries about their tomato plants freezing out. I laugh ONLY because every backyard grower plants tomatoes and I always feel that its just a waste of water. Think about it 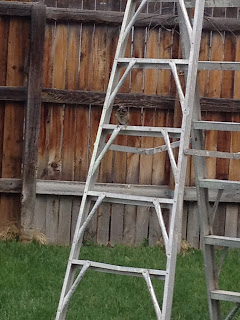 I am also at fault here!! While I was watering the basil, chard, spinach, beets, carrots, peppers, and TOMATOES, this little bird hung out the WHOLE time. That bird didn't fly away when the dogs walked by, when I moved the nose, or when I walked by having forgot it was there. I took that photo with my phone and was only standing about 5 feet away. Happy Little Bird Looking To Be Added In A BoB Ross Painting 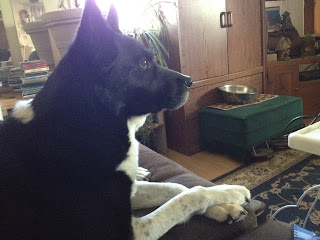 Epic Weekend Coming Up!! Epic Rides will be in town for the 5th Annual Off-Road Endurance and Downtown Music Fest. I highly recommend watching the video on that page. The 40 miler is closer to 50 miles with the course change and the 30 miler is spot on. The Klunker Krit and Criterium Race are both held on Friday. The Infamous String Dusters will be the big hit Saturdays night!! I'm pretty stoked with all the bands but the String Dusters are Phuc-N fabulous and ITS FREE TO ALL!! 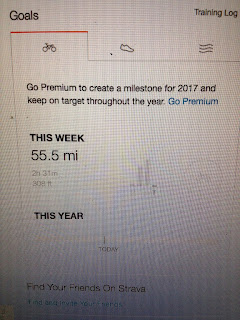 The gym has been treating me very well this month. For whatever reason this month, I took off the "heavier" weights and went with lighter weights and more reps. Not sure why I took this route but I have enjoyed the burn. Its much easier for me to focus on the full ROM and contract the muscle group near the end of each rep. I Like It 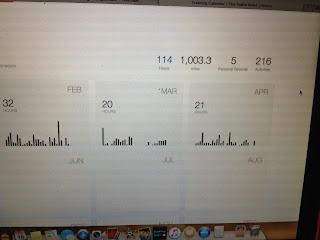 If you had asked me about mileage on the bike, I would have answered " Maybe 500?" And if you had asked me about milage for this week " No Clue" and those " Personal Records " are NOT anywhere near the top 100's from other recorded riders on our local trails. Well, let me toot my own horn here for a second, while on my commuter bike, I registered the 87th fastest time on the " Bridge Climb " up and over the mighty Colorado River towards the OM House. So Thats Whippin

The next two weeks will include a lot of office time and we shall see how I manage training and Boy Dog time. This is a good thing but could be a little hectic for sure. I have two radio shows during the last week of the Month and Mr Jim might roll through the Valley on his return trip to California.

Tripendicular Ending of the Week


Thursday, Friday, and Saturday were pretty damn awesome because of the fluidity of merging plans. A damn good friend of mine, many call Hippie Jim, I refer to him as YellowOrangeBluePurple on air, had is own agenda and me with mine.

Mr Jim drove out from California ( doesn't everyone simply say Bay Area ) on Thursday. His final  destination is Denver before returning back to CA. I am always so thankful when he takes time out of his busy schedule to accommodate me and patiently/politely listened to my stories. 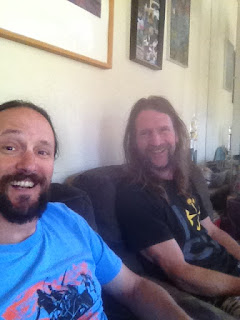 After "a" brew, he jumped on my commuter bike and headed for the downtown library as The Blue Z was performing a magic show for the kids. Those shows are flipping fantastic, just so you know.

I rolled out on the Midnight Racer towards KAFM community radio station. YOU CAN listen to that show until the end of the month by clinking on the RADIOFREEAMERICA link. It's located on the right side of that web link. 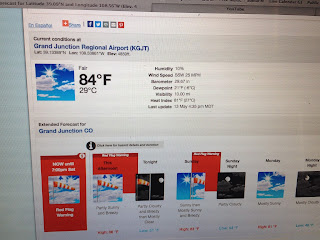 Then, folks began arriving to the station to hang with Mr Jim just after 7:00pm. Hints: The Time Lapse Video. I look to be on the phone a lot and even Janet ( every other Wed at 3pm ) made a comment about the amount of phone calls. I think you 'll wanna have a listen and hear why everyone took the time to call. 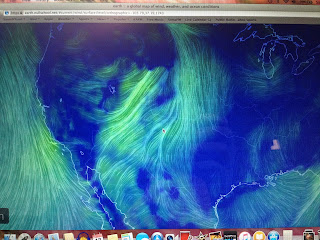 The end of that night, which included just "A" brew, that morphed into late evening story sessions. Where did you spend New Years, irrigation projects, upcoming Country Jam, and/or other wonderful moments in time were shared and accompanied with tons of laughter. " Are You Kidding" quotes flowed like the brew in a freezer frosty pint glass. Thanx Mr Jim 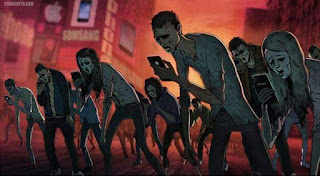 Friday morning came way early. Like Phuc Me early. The house was emptied out for two dogs to catch up on sleep by 7:45am and they totally crashed out. I definitely do not recall falling asleep by 8:00pm that night. Blur 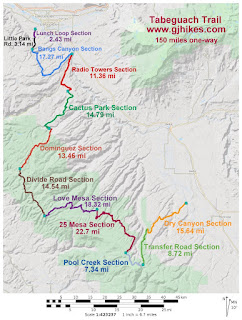 Today was a date with Bangs Canyon!! Editing time lapse and photos tomorrow after work. Like I said before, Rockin' Last Few Days. Legs feel loose, shoulders pulled with power, and coordination/reflex abilities are clearly sharpening. This next week is forecasted for incredibly high and dry windy conditions which will create some interesting situations. Adventure On
Posted by The Padre at 9:02 PM 5 comments:


Sweet little low pressure system floated over us, check out the rotation, and the sunset was pretty brief but epic in real time.

I wish I had captured the dogs in this video below. Both of them had to check out every branch that and had to mark over half of them. Too Damn Funny 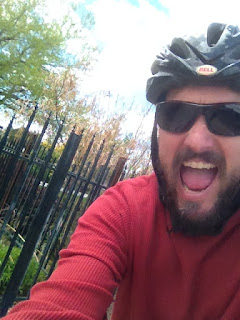 Excellent week in the gym and added more weight to a few exercises. Shoulder press with dumbbells comes to mind, bicep preacher curls as well. But the Great News out of the gym world, they asked me to host another Ortho-Bionomy similar, which will happen on the 16th of May. SCORE and much Gratitude 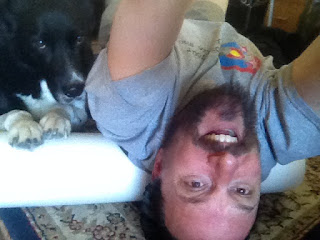 And This Moment In Time ..... Brilliant!! While I was foam rolling, The Boy Dog created this postcard perfect situation for a selfie. Look at those paws!! Can you say READY 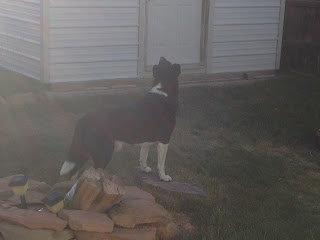 He is always ready and never complains. He has been rototilling the garden area for me and he so cracks me up. The other day, he watched me, he watched my every move, THEN, my hand trowel struck gold. I dug out an "old" soup bone that he had be patiently waiting for. He gently used his teeth to snatch away this treasure and worked that bone over for the rest of the evening while I transplanted veggies. Classic 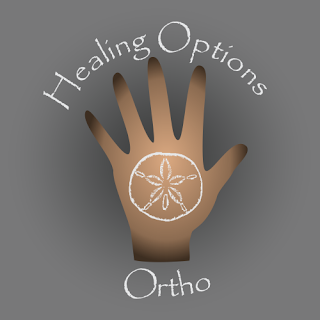 I would really appreciate your feed back here!! Please, Comment as I will value your opinion. This is my first attempt and I would like to improve on this. My first thought, I would like more of a 3D effect rather then the two dimensional feel it has right now. 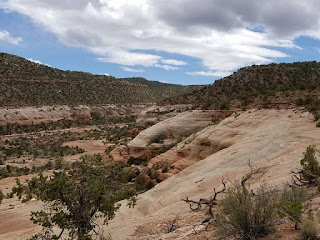 Been focusing on rolling my hips while I hike, walk, or run. Doing my best to find some fluidity in my ROM and working on strengthening my glutes. I have noticed the addition of power in my hammies while I was on the Midnight Racer but I know my glutes are a little weak or just not in balance yet. 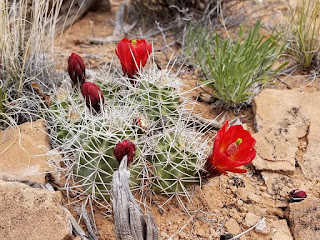 I do like the step ups and have added them to my in-B-tween sets at the gym. I used to only "think" quads but now my attention has shifted towards glute and calf awareness and the whole functional unit. Does that even make sense??? The core exercises have totally made a difference. 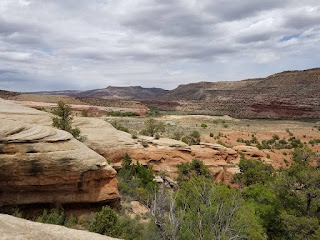 GOALS:
Radio Show - hosting the Magic Carpet Ride in about two weeks time
Ortho-Bionomy - Preparing a demo for Crossroads Gym with new material
Starting Up In LLC - Logo, LLC, and sending the info to MAD Racing
3 Days On 1 Day Off - Heavy weight days with rest, road rides on "day off" , and more free time to hike with the Boy Dog. Will be heading up to higher elevation soon.

Here is my short video from the Fruita Fat Tire Festival. Notice whats missing??? Phuc-N People. Where the hell is everyone??? Makes me nervous about the up coming Off-Road Endurance Race. Tonight at Midnight .... 18 Hours Of Fruita ... Let's Rock ... Let's Ride