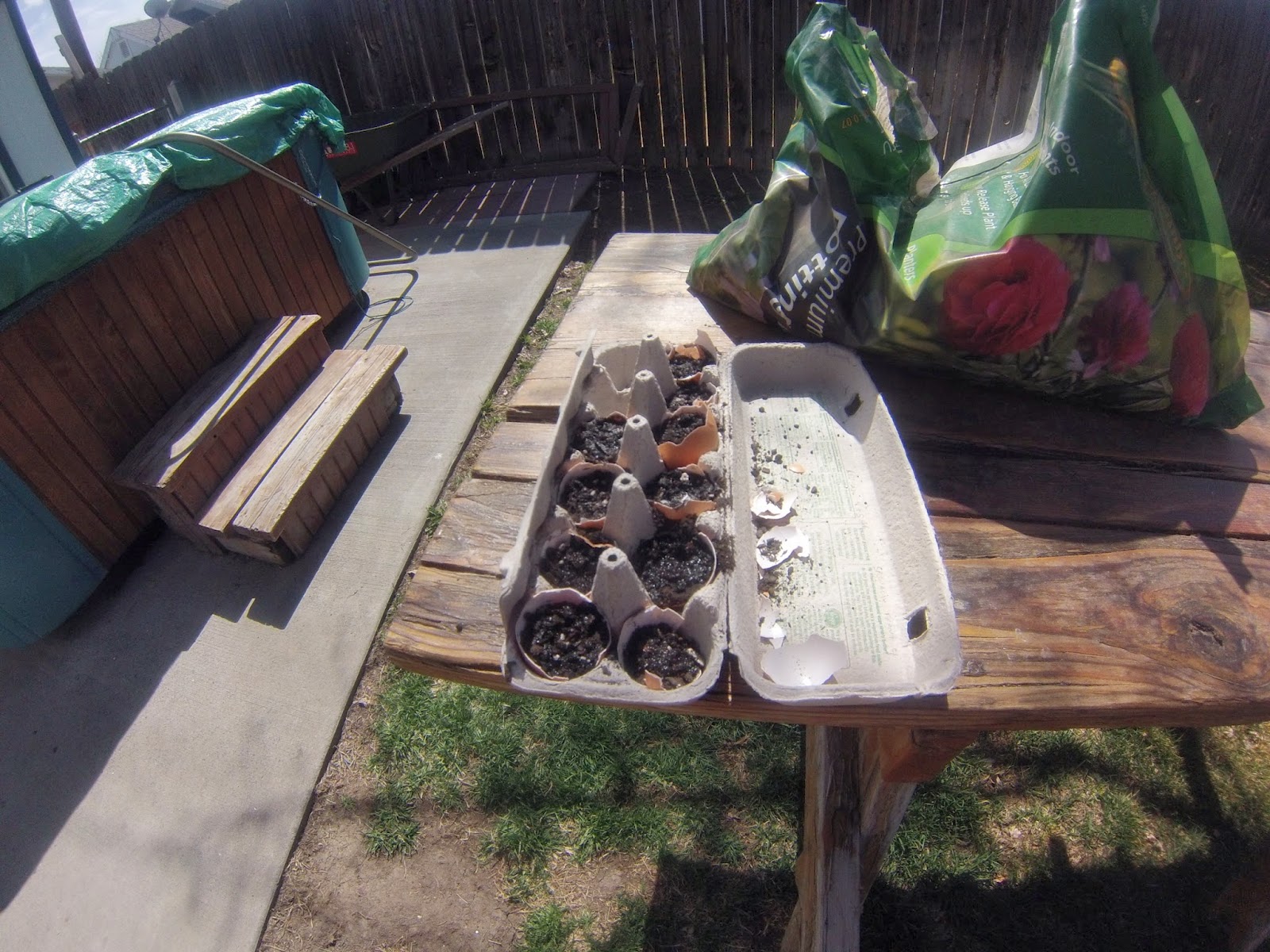 Yesterday Was A Gr8 Day!! Woke up feeling alive & well. After a morning bike ride around town, I finally started my seeds in egg shells. Rainbow Chard, Red Sail Lettuce, & Green Leaf Spinach. Plus, after they sprout, straight into the soil. They felt warm & happy this morning in the kitchen window. 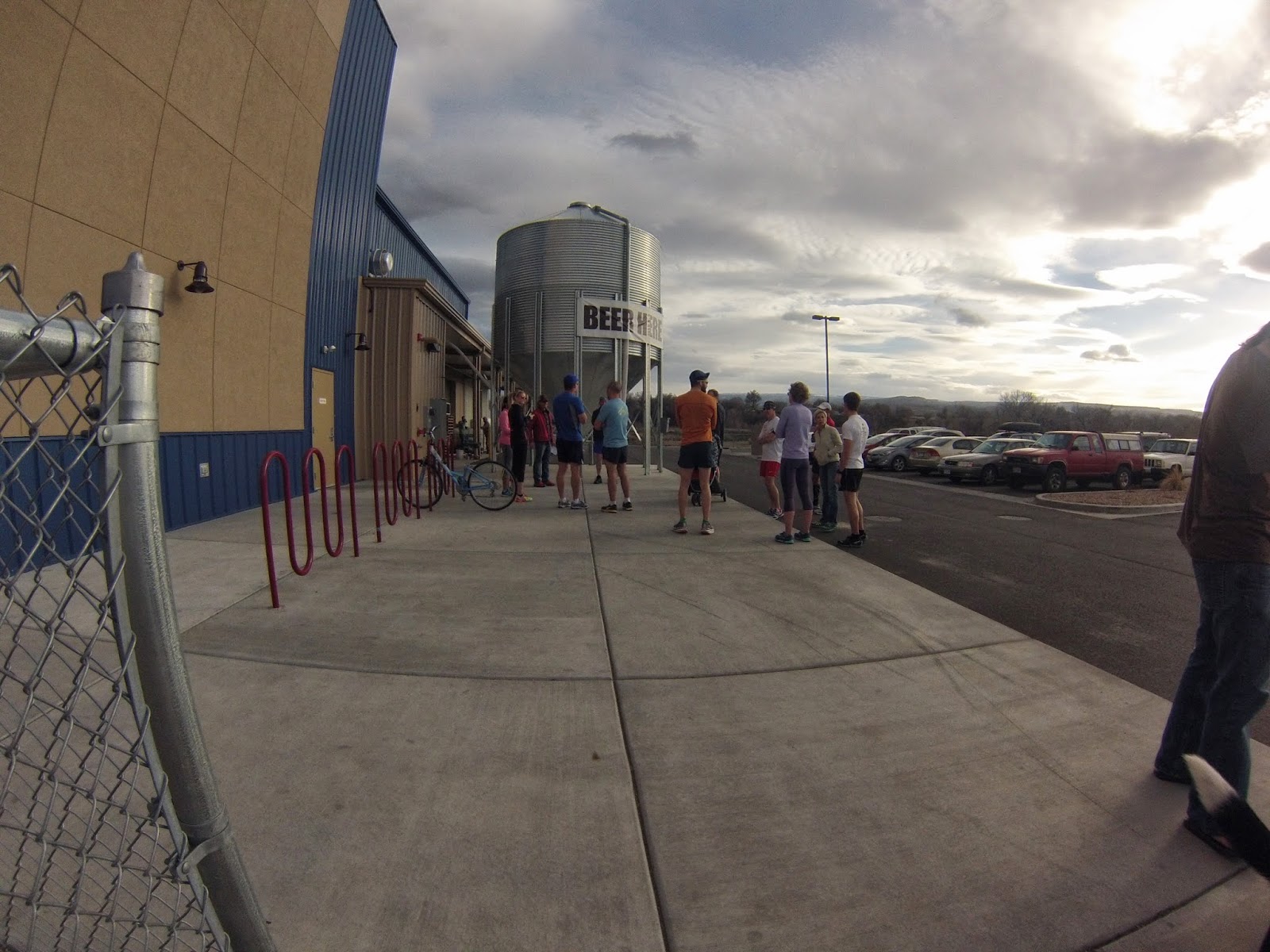 Wanna see some studs ( Yes, Women As Well ) from the Western Slope Runners??? Here are a few of them. And they are flippin' fast!!!! As you may or may not know, I have been following a blog named Foot And Feathers for about a year or so now. This unreal endurance athlete Tim Long just moved here 2 the valley & is making waves. Plus, he is my inspiration & The Boy Dog's Motivation. I caught his radio show w/Dave Grossman & Robin on KAFM. It was way awesome because they spoke about the effects of tourism. Last years Labor Day weekend beer gardens during the Off-Road Race, Robin was checking ID's and she mentioned how many ID's from out of state she saw. I had a similar experience when I was checking ID's during the HITS Triathlon last May. The radio show discussed other running groups around town & how they all change dates 2 accommodate each other. I Dig That. You could hear that it wasn't an ego thing, wasn't a run until you puke thing, & it was inviting for sure. Very casual & perfect for a noon hour community affairs program.

I sent Tim a message asking if he would be able to time Shadow & I during the 5k Thursday Night FUN Run. I would love 2 have been a fly on the wall 4 that. Tim politely invited us both 2 come on down 2 Edgewater Brewery at 5:45pm. Shadow Boy was stoked when I told him & remained in the garage near his backpack 4 the rest of the day. So finally, I met Mr Tim Long!!! Wanna talk about a powerful son of a gun….. Raw Power. The other runners weren't really all that engaging before the run. By the photo above, Shadow & I hung back a little & you can see a guy talking about Shadow's breed while I was taking a quick photo & Tim was telling us where we are headed & the option of 5k or 10k & so on & so on. As we all lined up at the grain tower 4 the start, Shadow & I took up the rear & The Boy Dog wasn't quite sure what 2 think. My calming reassurance, "ITS OK BOY" "EASY BOY" & then my arms were almost rip out of their sockets. When Tim Said GO!!!! Shadow clearly heard," Pack up & sprint!" It was go time & away we went. I was more than happy 2 walk the 1st football field & find a happy rhythm while we headed west. It took me a good 10min 2 relax & find a posture that suited me. The trail itself rocks!! We were following the Mighty Colorado River & the high cirrus clouds made 4 prefect "running" conditions. Like I would know. Shadow & I would lightly run 4 about 3min & then walk until we wanted 2 run again. We were about halfway 2 the turn around when others were coming back our way. When Shadow & I hit the 5k turn around, it was then that I realized that we were going 2 have the wind at our backs. I gave the Boy some water & he game me that look of BEST DAY EVER HUMAN!!! Yes, he does smile. We strolled along back 2 the brewery & walk/run the rest of the trail. Kids playing disc golf, women in pairs walking, homeless setting up 4 the night, & a few bikers riding on by. The run finished (39:48) back at the grain tower & I think it was nice that everyone was inside having a beer on Tim's dime. Shadow & I walked our cool down & I had some more water 4 the Boy Dog. Not shortly after that, the leaders of the 10k came screaming into the parking lot. Shadow & I looked at each other like," Holy Smokes How Do They Stop After Flying Like That????" The top 3 or 4 10k runners were crazy strong & looked so damn refreshed as if they were just getting started. So much fun 2 watch & be apart of. I was stoked because I wanted 2 finish under 40min, I wanted 2 meet Tim, & I wanted 2 have fun.

Life is Gr8!! Friday is your day!!! Dream About It & Then Go Do It!!! Also, I am hosting the Paradise Cafe at 1pm GJ,CO time. www dot kafmrado dot org HAVE A WONDERFUL WEEKEND