I hooked up the GoPro on a 2 second time lapse and this is a shot while heading out of the garage. It wasn't 2 bad of a video but the cold weather shut off the GoPro so I simply deleted the file. No Biggie. On that particular ride, felt pretty good, over all. My quads felt loose, full ROM in the old ankles, and really enjoyed the views of the Colorado River, downtown shops, and drivers that were so pissed about what ever. 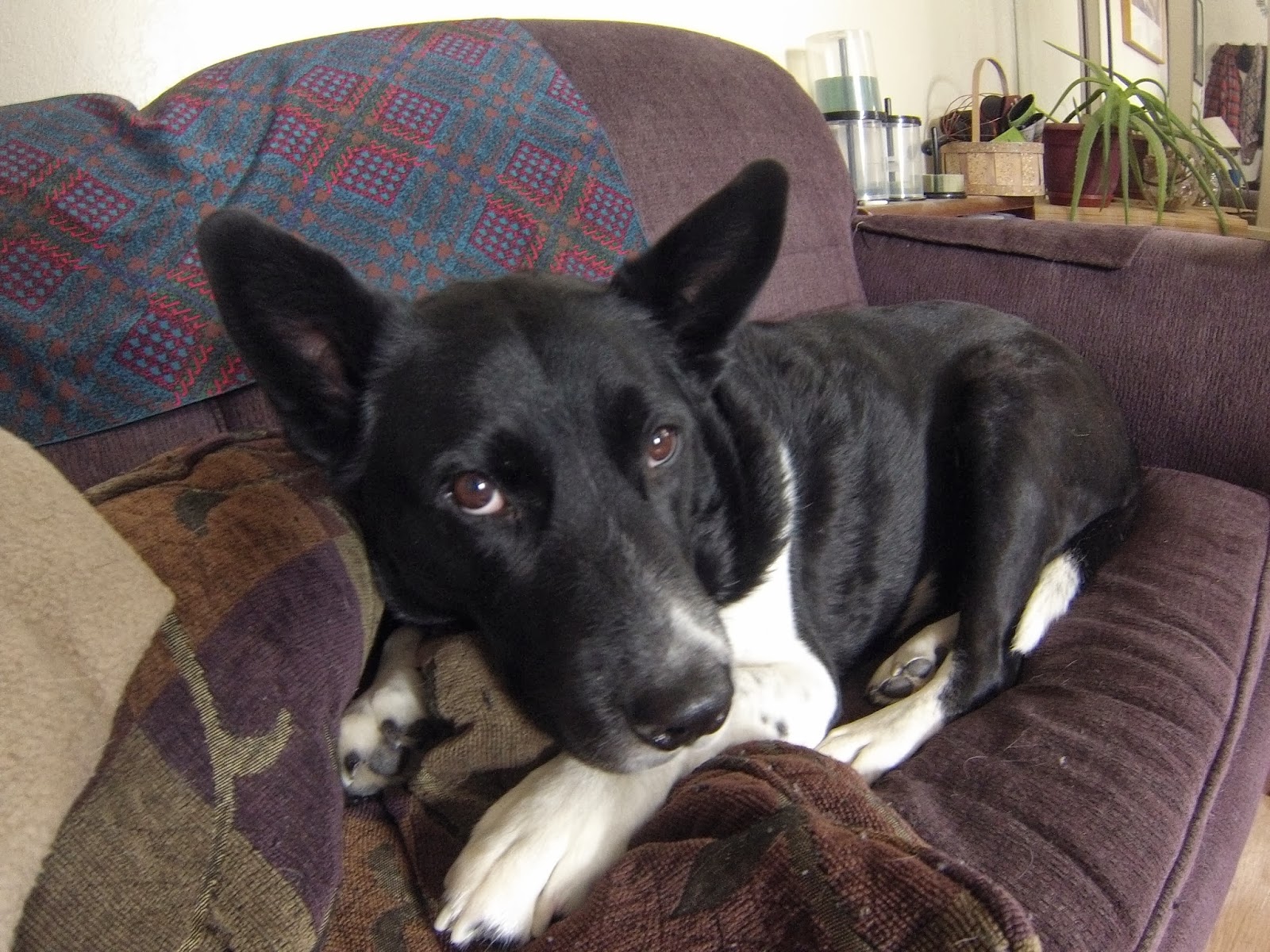 Just told the Boy thats its FRIDAY!!! He was almost sound asleep and now…… He is out the doggie door like yesterday. He is happy everyday!!! 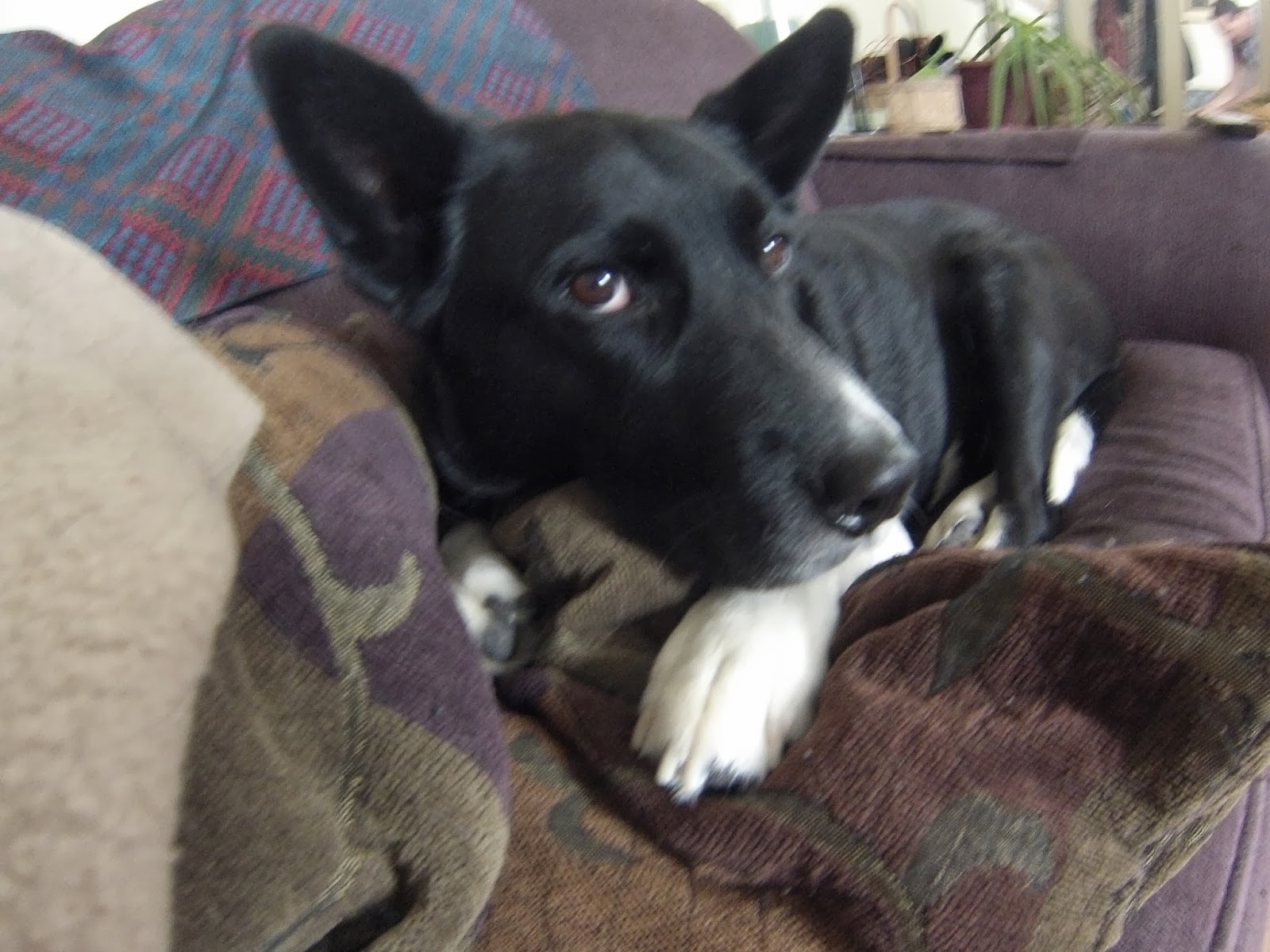 We broke trail and his prints were so cool. They were frozen in time like a pictograph painted centeries ago on sandstone walls. Its so amazing how many humans walk this earth and only a few minutes away we find pure pristine untouched snow. A fresh blanket of mother nature and Shadow Boy and I ran around like school children. At one point, he was running circles around me while I pretended 2 snatch at his trail. His ears were back, his trail tucked, & his whole face gave that expression of digging in w/his paws 4 maximum traction and power. Then, the downward dog, off in the opposite direction and its on once again. The circle play of love!!!!

2nite I am hosting an Olympic Opening Ceremonies Party were everyone brings a Russian dish. I have looked 4ward 2 the Summer/Winter games as far back as I can remember. Even as a little spaz, I was blown away when we would family trip over 2 Squaw Valley and you could see the Olympic Rings hanging in front of that massive Sierra Mt slopes. I will never 4get watching the torch run right next 2 our backyard in 84 and the parade around the torch. My good friend Mark's older brother Kirk swam in the 88 Soul Summer Games. Atlanta Games, WoW!!! Then in 2002, the torch ran down Main St, here in GJ on its way 2 Salt Lake City. I was way impressed by the London Games and the Opening Ceremonies in Beijing China. Hope you saw the Beijing's Opening and Closing w/all the drumming and 3D work. AWESOME!!! I totally understand the cons around the games and the anti Olympic moods. I get it. I choose 2 see that the WORLD has 1 common denominator over the next 2 weeks. The WORLD becomes as 1 during the Olympic Games. The WORLD is viewing the same stage of athletes, drama, and traditions. Plus, when am I ever going 2 see Sochi, Brazil, China, etc???? On a side note, I still cherish attending the 2006 Common Wealth Games in Australia.

Enjoy the company of others, be in the moment, and help make a difference.