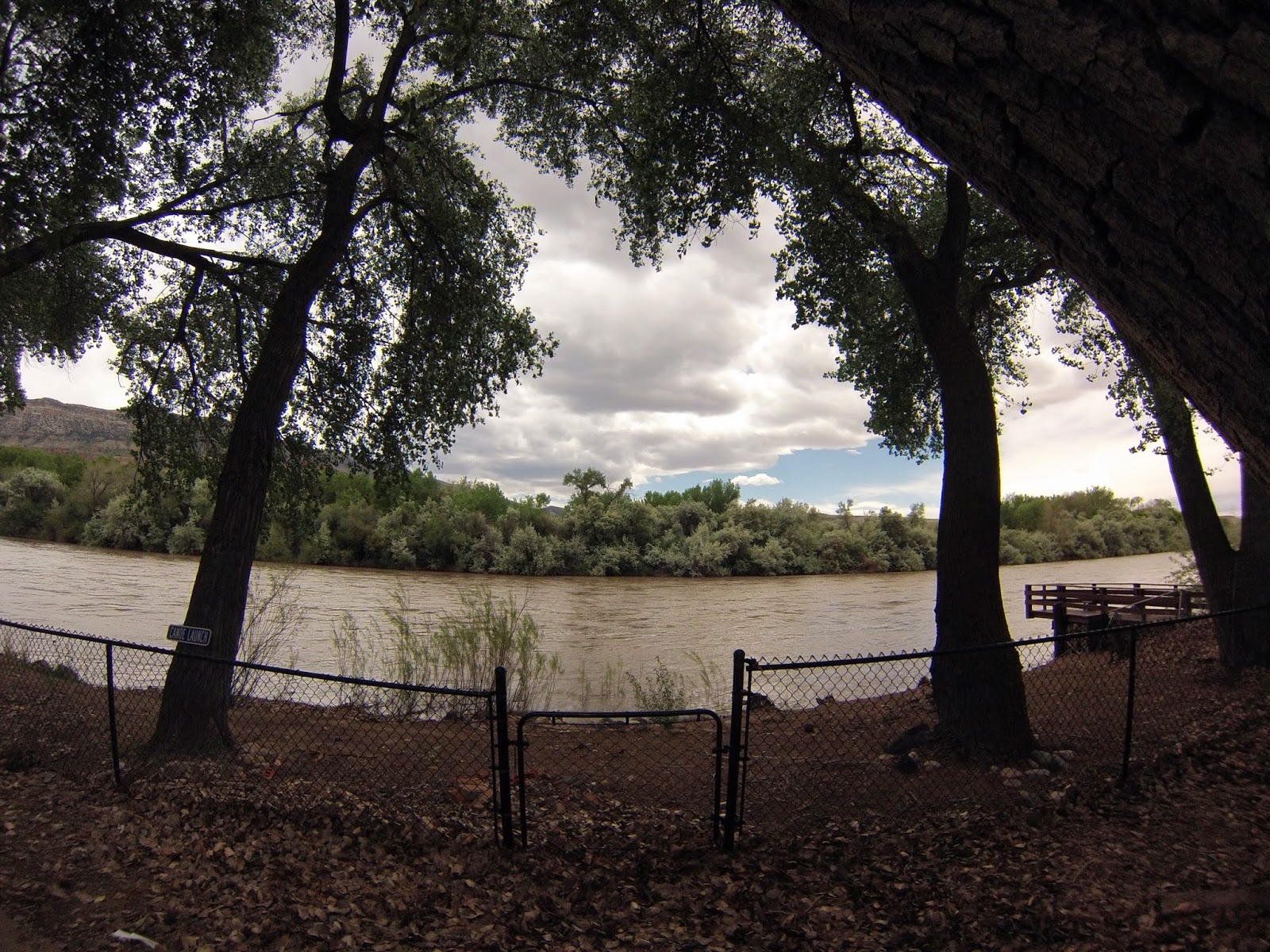 This photo…... trail running…... & Beyond Boundaries amazing dance performance has brought on a calmer nervous system. I will be writing & updating later on my week of Ortho thoughts from classes. Processing information & riding the waves from this month of emotions has caused a delay updating the blog world. And Yes, More About This Later. In the mean time, more photos from this past weeks more enjoyable events. That just feels better. Cheers 2 Living & Breathing In The Parasympathetic System. 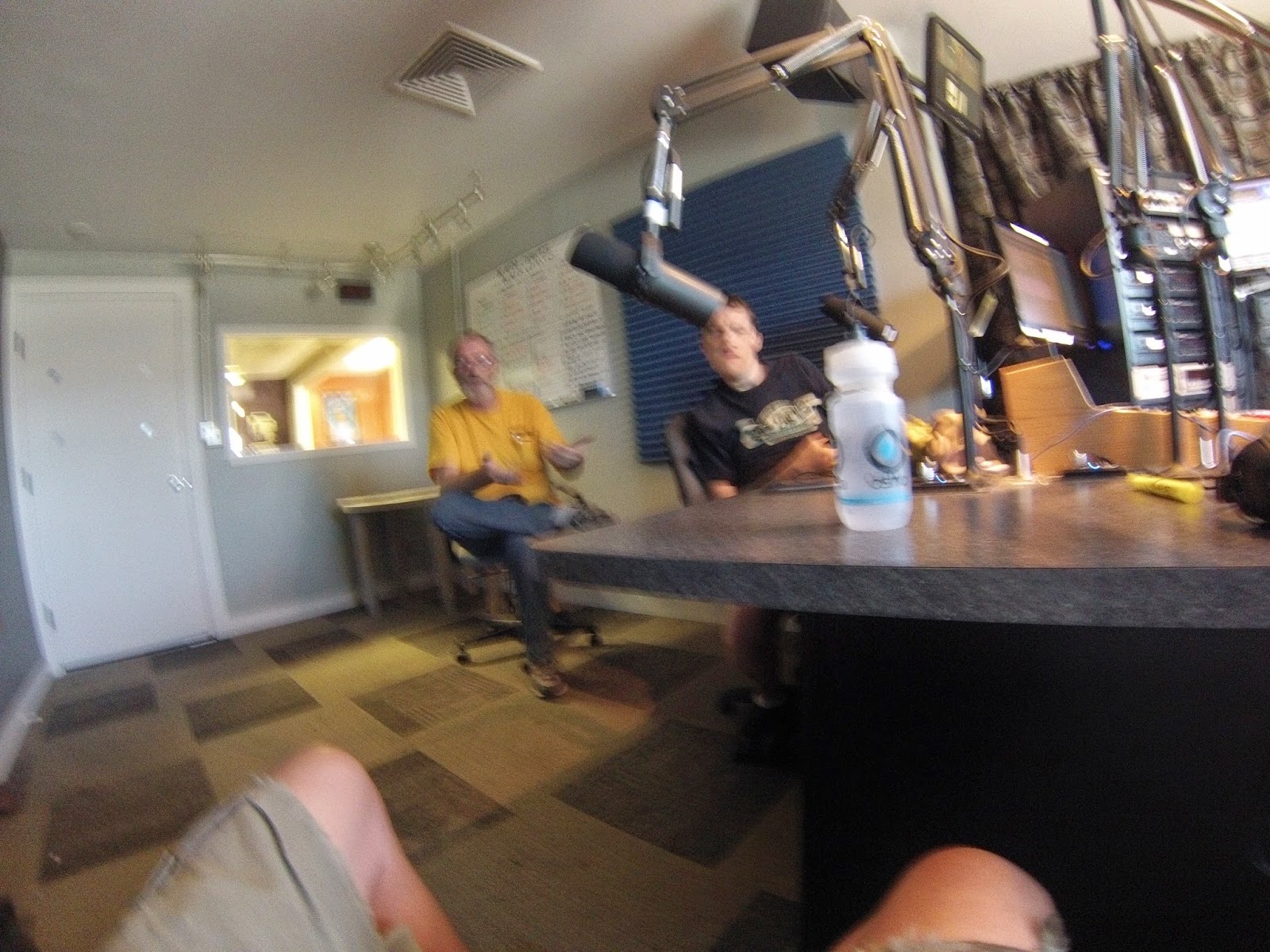 During my week, I stopped off at the radio station and saw Brother Jake. Jake was a bit off kilter but I couldn't quite put my finger on it. The guy in yellow on the left, this is the perfect photo of him because he is talking w/his hands because the message is that important. He is a nice guy & we have known of each other for years, but he loves to hear himself talk. He was even talking the whole time  during this shot. He is one of those folks that loves hearing himself but fails in the attempt to listen or even create a possible solution over his subject matter. Still, nice guy & wouldn't hurt a fly. I really have enjoyed watching his dog Lady grow. Both literally & physically. Not sure about her whole story but she is a much better dog because of Ron, AKA The Old Dog. You can simply see in a dog's eye if they are happy, hungry, lost, or take me to the vet I am done. Yes, she is a black Lab type from the looks from this photo of her & I together at KAFM. I like seeing her around the station because of the human relationship but more importantly how happy her body language is when she is happily dancing around the station. You know, that happy prance they have. Dogs, so cool. 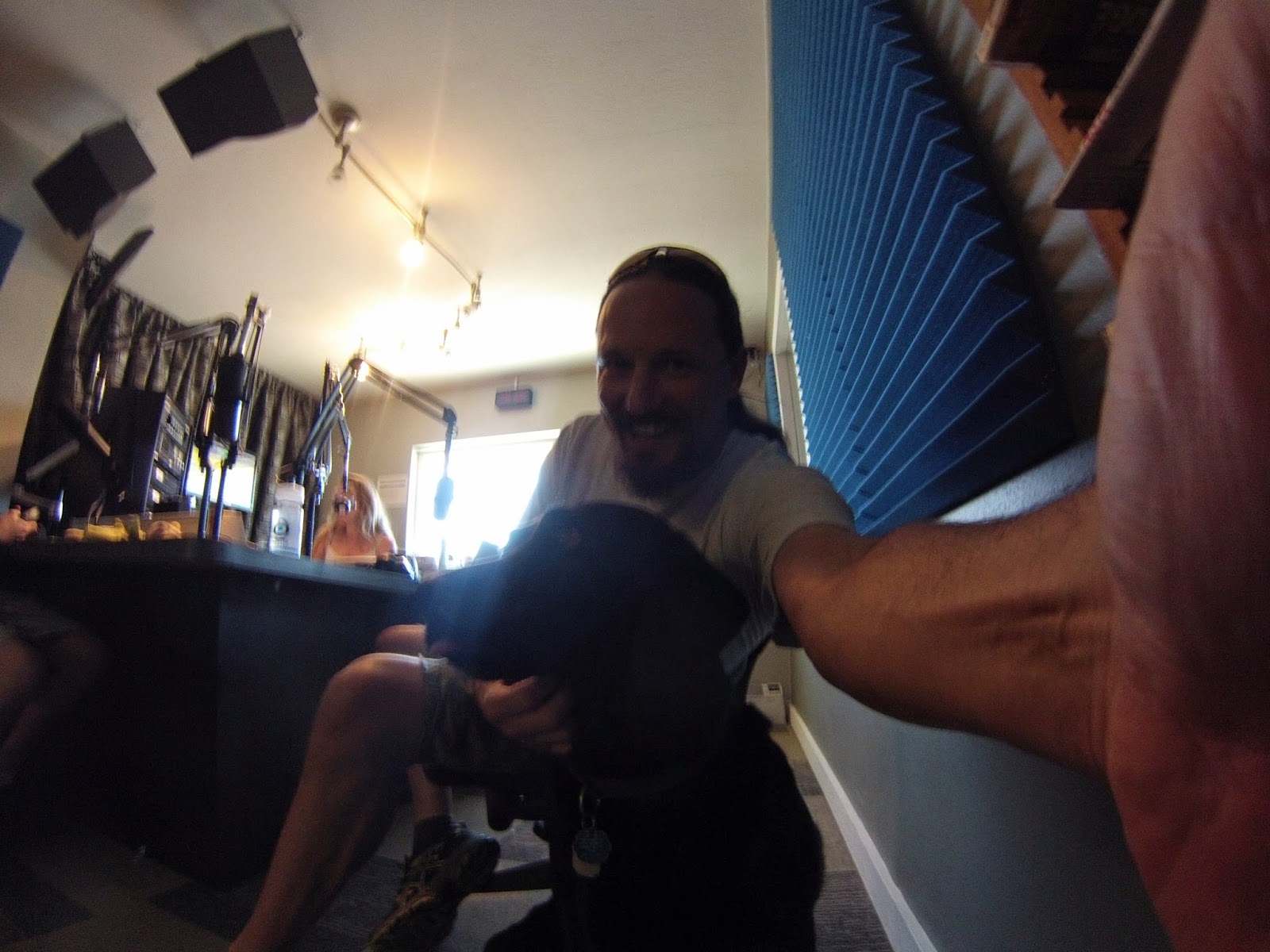 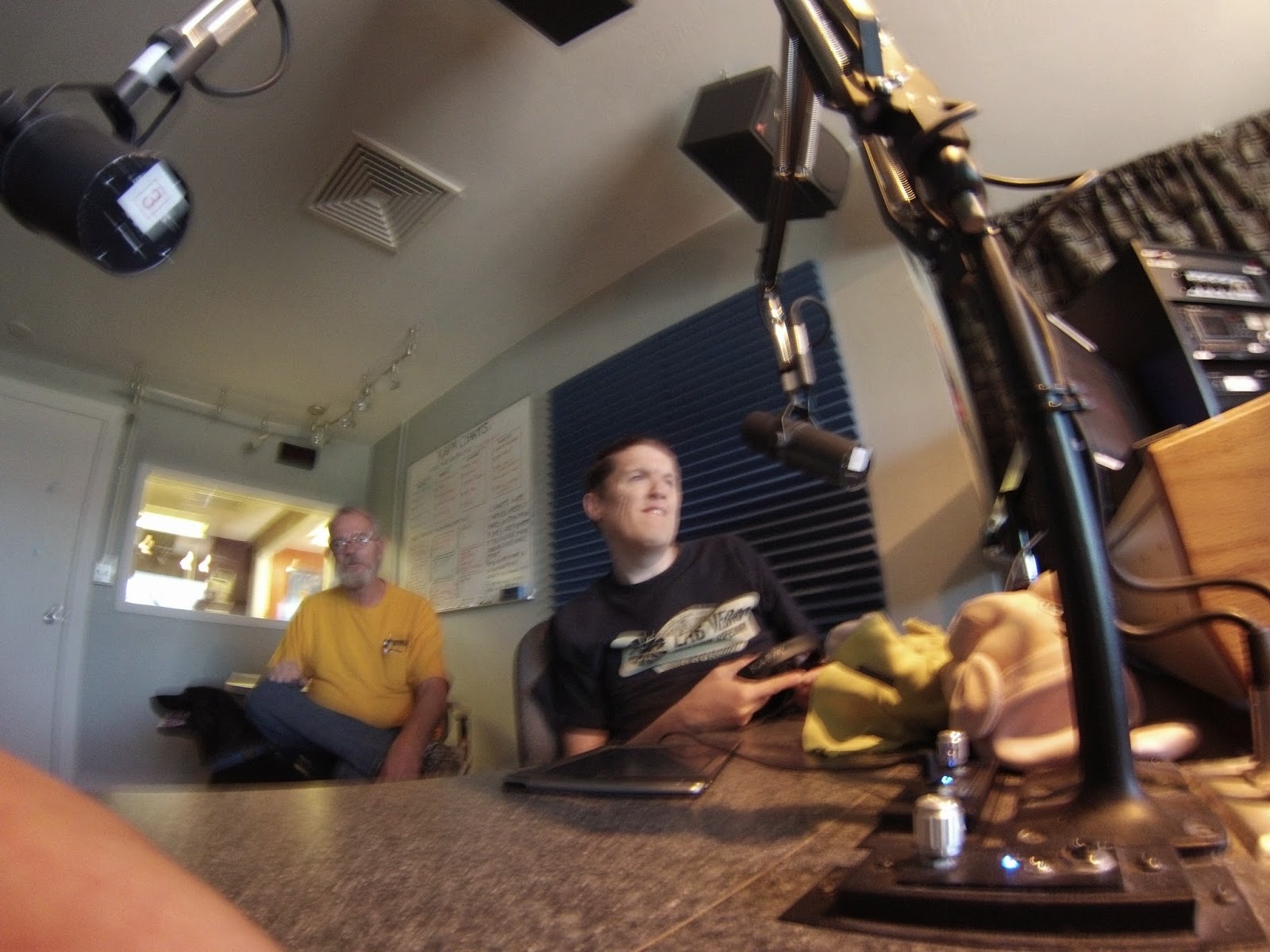 Jake & Mariah have one of the better shows on KAFM. They play almost ALL new music & all of it is appropriate for their time slot. Every Wednesday at 1pm, you can count on your ears being pleased for about 2 1/2 hours. And Mariah is a fan of phone calls. I say this w/a smile because its Jake that lives in the moment & squeals when the phone rings. These two kids are quite popular & for damn good reason. I only had less than an hour here at the stations. I heard about 1/3 of what Mariah was talking about as Old Dog spoke those stories of grand illusions, I created one little caricature on Jake's reusable writing pad, hugged my good-byes & the commuter bike & I were once again like one. 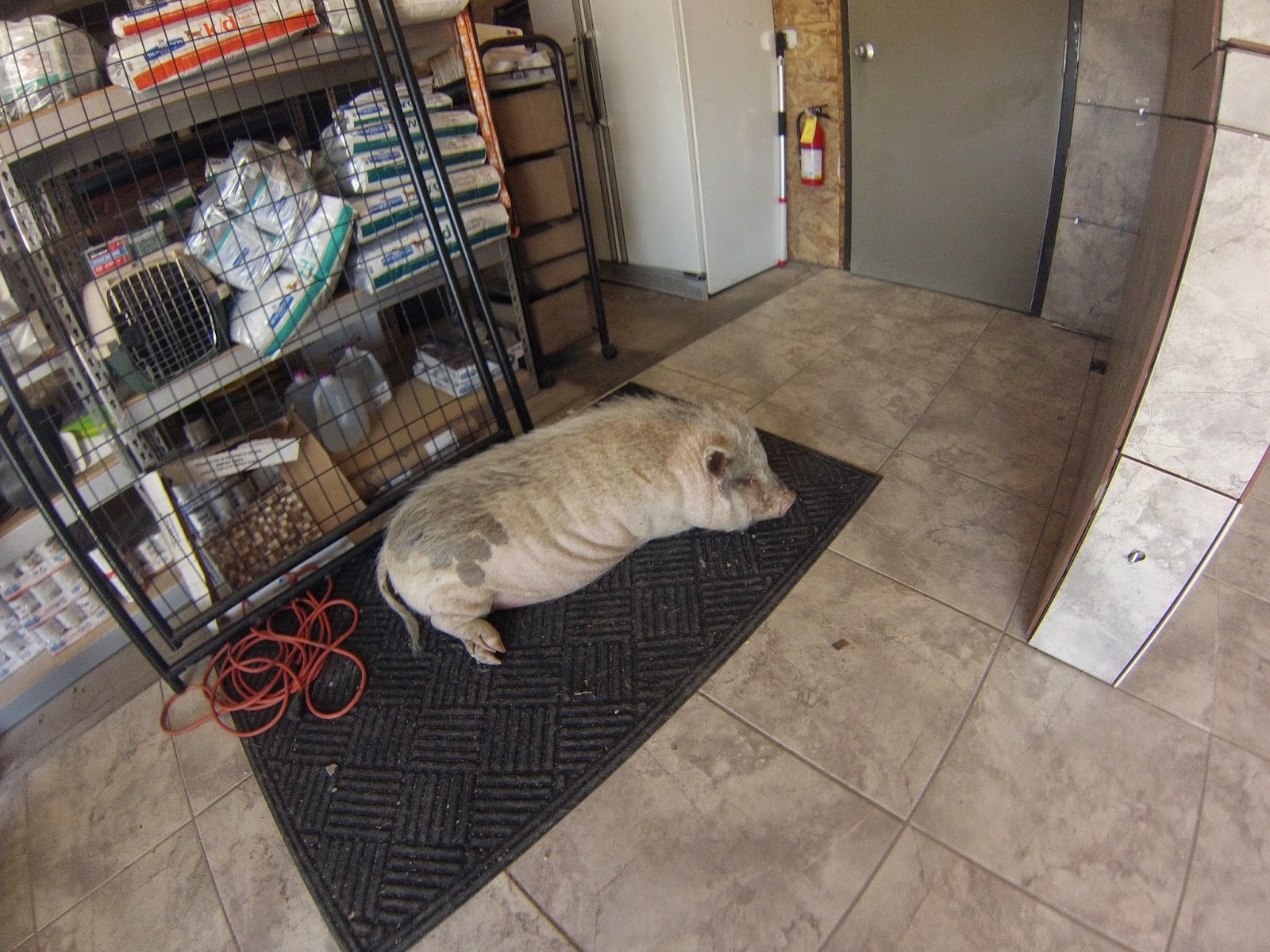 Hello Piggy Girl!!! This is Doc Jim's little pig that hangs around & often sir-comes to whatever the smell that happens to fill her nose. I must say, I keep one eye on her. She doesn't seem aggressive but I keep good aware of the general direction of her teeth. Early June, the Boy Dog took a ride over to Footprints Animal Hospital for his yearly shot & weigh in. Doc was telling about his dog kennels that he was thinking about tiling & wasn't sure if he is ever going to have the time. Next thing I know, I have a job. This job is thats growing into a 15 kennel tile job next door as well. Now you see, I am so good at incorporating my life w/a small simple task which flows into the stream of more projects. Nothing like working w/crooked boards & warped walls or the painter that has the side kick that always steps in the bucket of paint. Together, Doc Jim & I start tiling the 1st kennel, then the next, over to the stairs, & now up above the kennels. Don't get me wrong, its going to look fabulous & I often gently remind Doc that they are in fact for the dogs. He cracks up but he like straight lines & proper craftsmanship. Maybe this is way we hit it off so well. I have often told many of my friends that if you are going to half-a$$ the job, pay someone to do it right the 1st time. 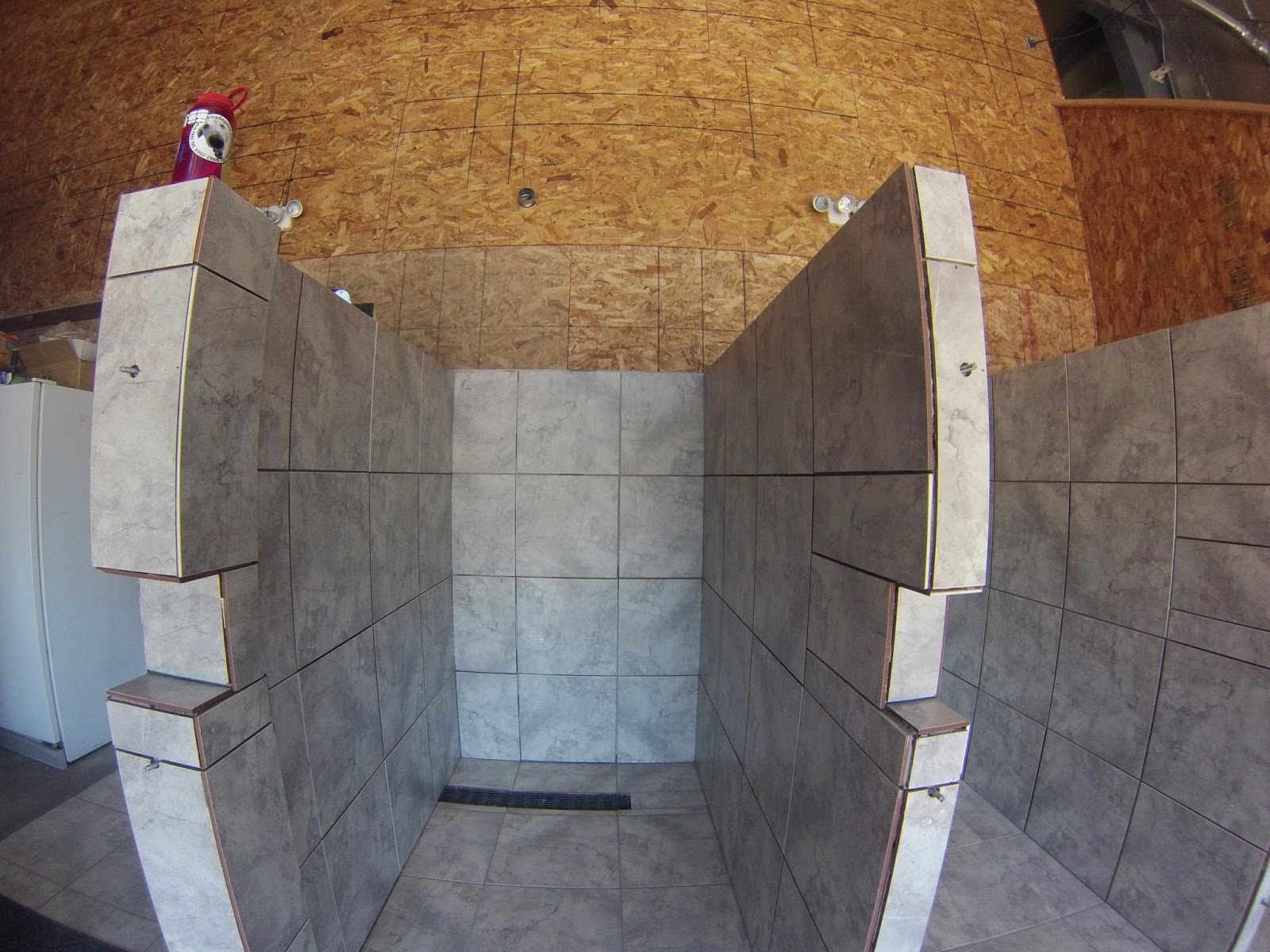 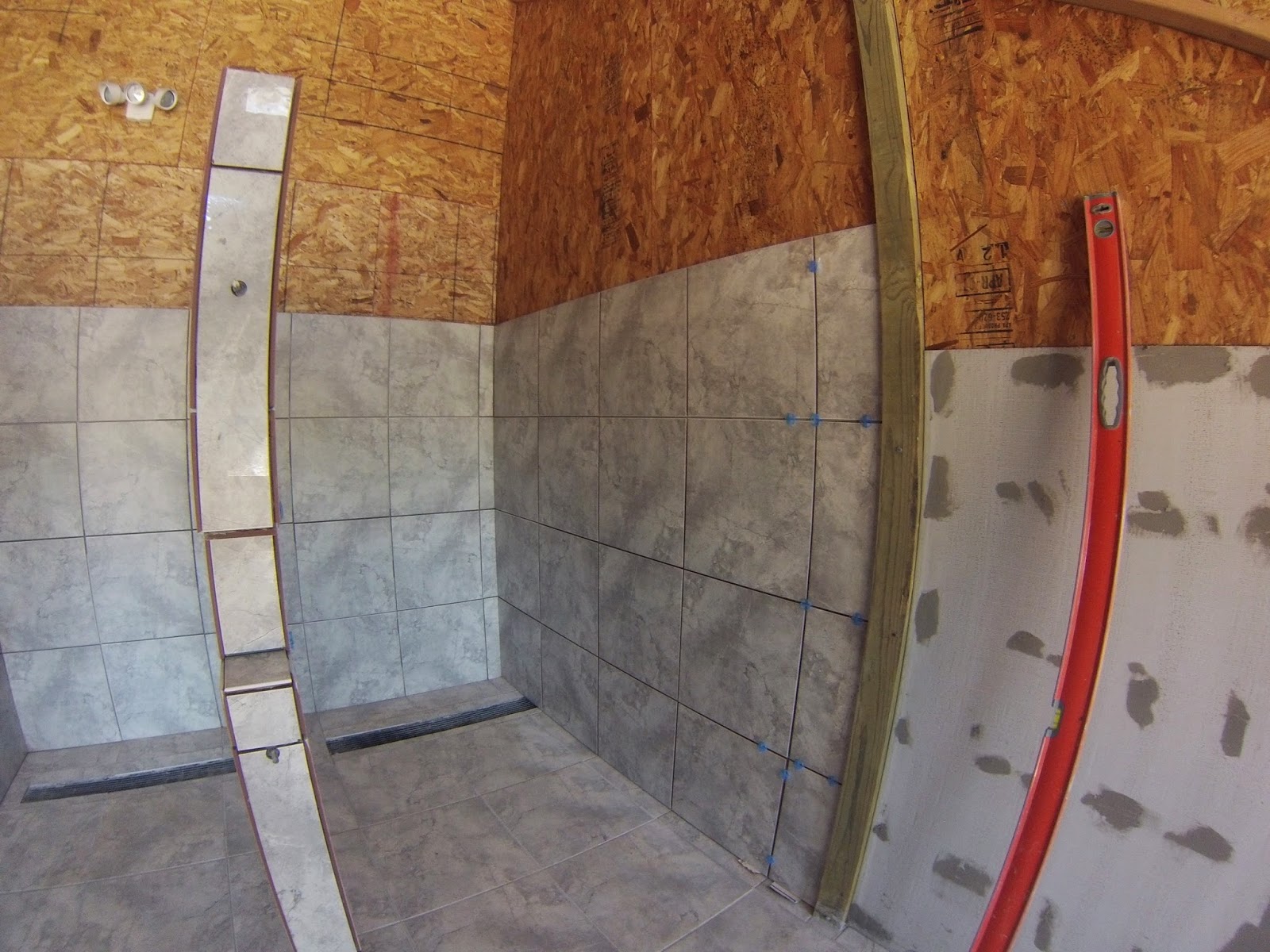 The wall space continues to grow out & now up. I should have finished photos coming by Wed/Thursday of this week. Lets hope that the measurements are on when its time to attach the gates. 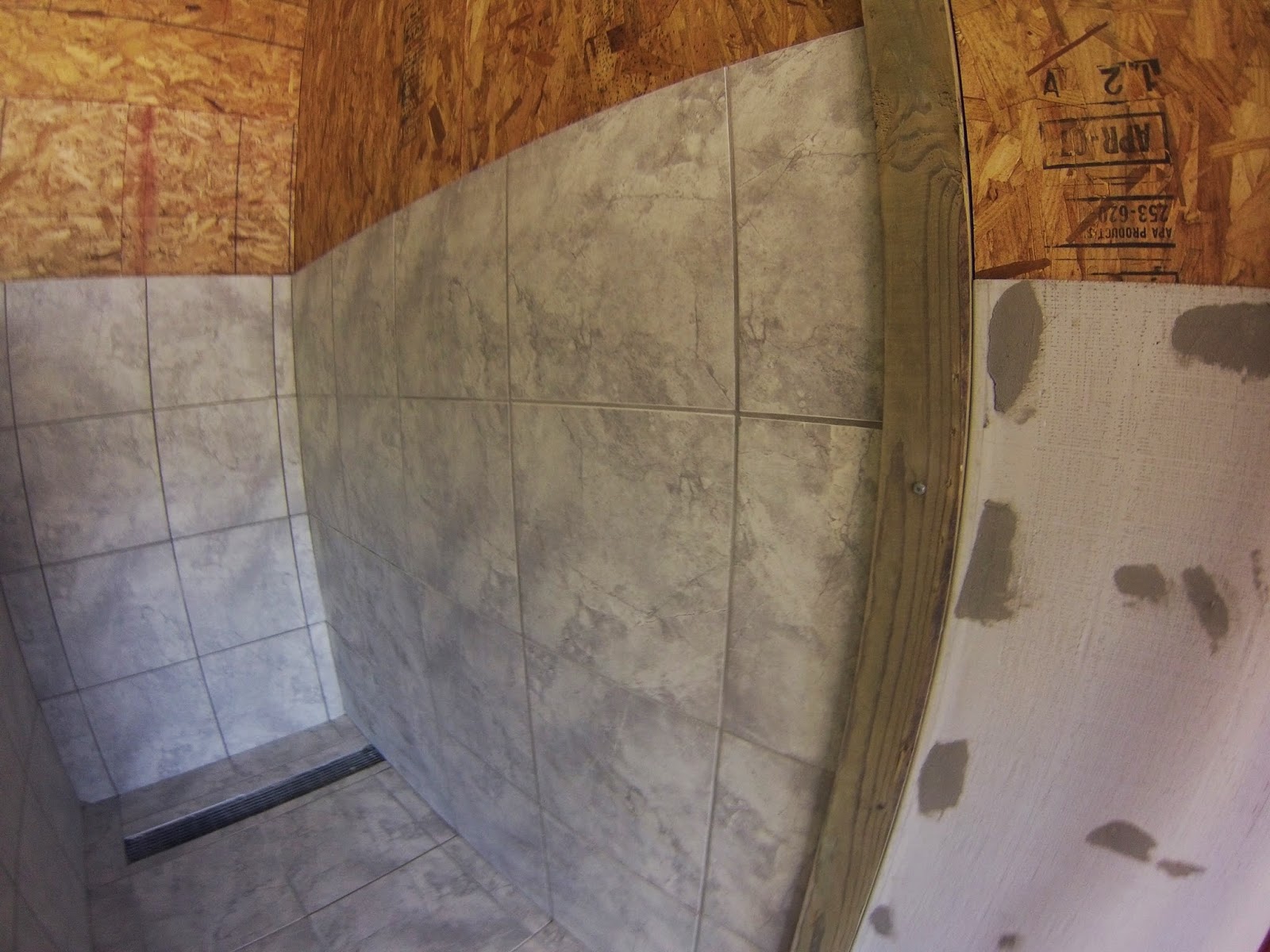 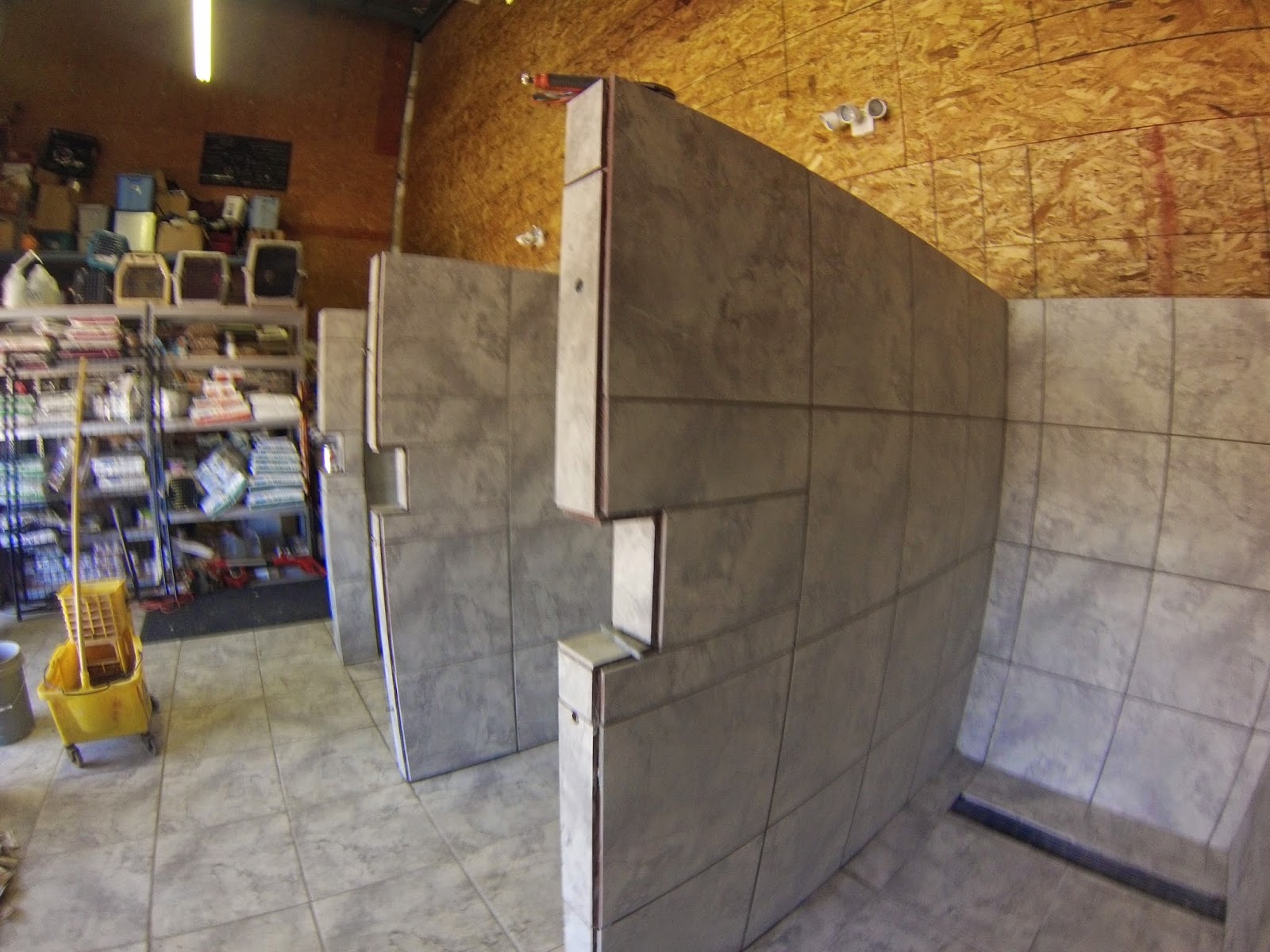 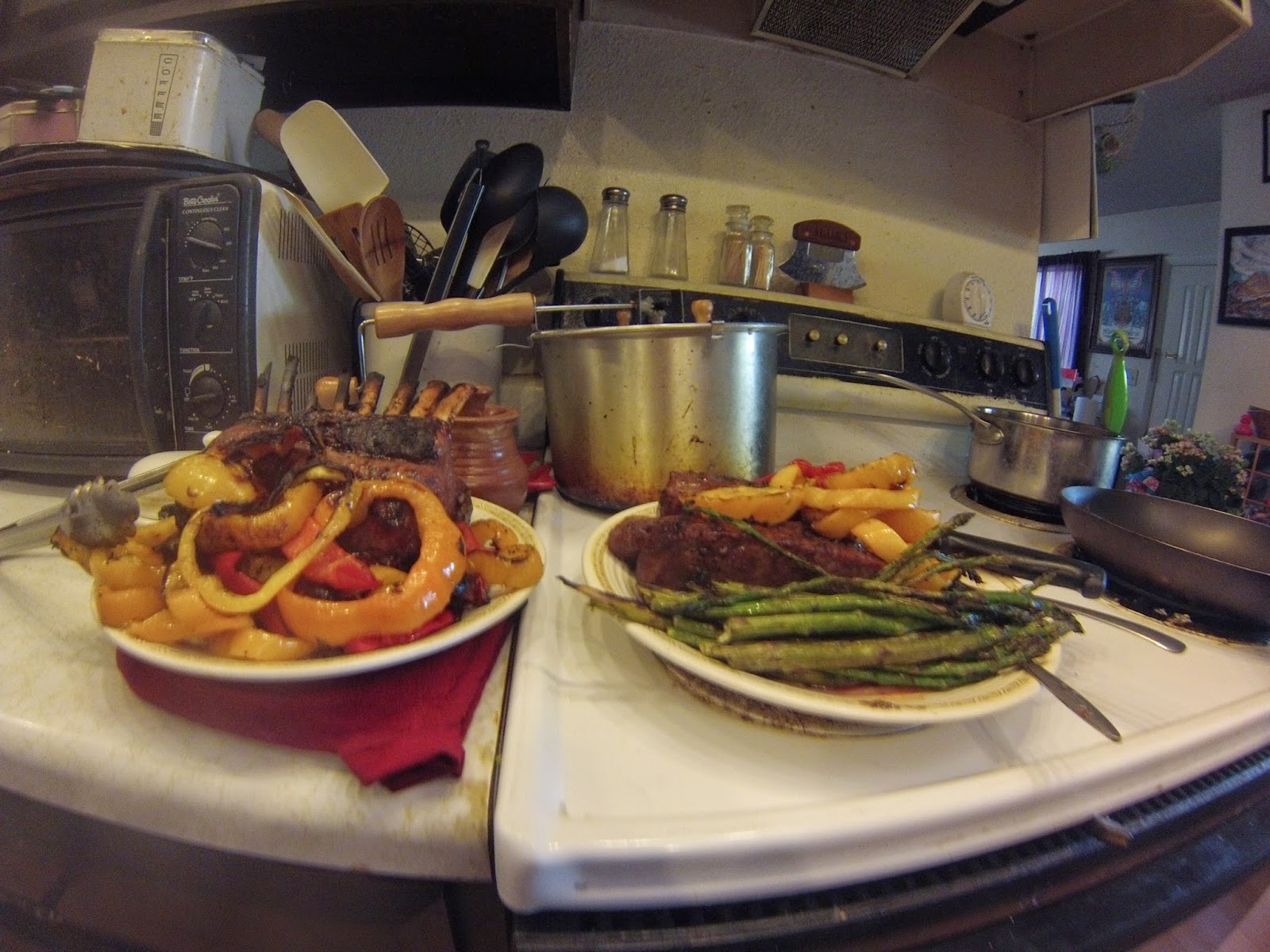 Dinner & BBQ'n are so much fun. Flavors & aromas seem more pronounced in the room when food is slow cooked on the Barbie. Right?? My brother scored a rack of lamb that we had no choice but to cook. He whipped up a sauce that was salty BUT flipping incredible. Somehow, it became a crystalized goop of brilliance. We mixed a simple oil based, herb filled, marinade for the bell peppers and asparagus. My 1st asparagus run of the year & cooked them on the top rack. I did notice that my GoPro should have been set on normal & not wide angle because its difficult to see the rack & appreciate the beauty thats covering these dishes. Also, pretty stoked to have pulled these off & have a "meat" meal that I will be able to recall & reminisce about when my belly is flipping & flopping down the trail. As most of you know, I have been slowing working in a plant based diet this year. Will the lovely & every so fluffy protein packed Quinoa match the meal before our eyes???  Oh, this dinner plate closet to us has a beautiful 1 1/2 inch NY Strip under Golden Bells. Gorgeous!!! 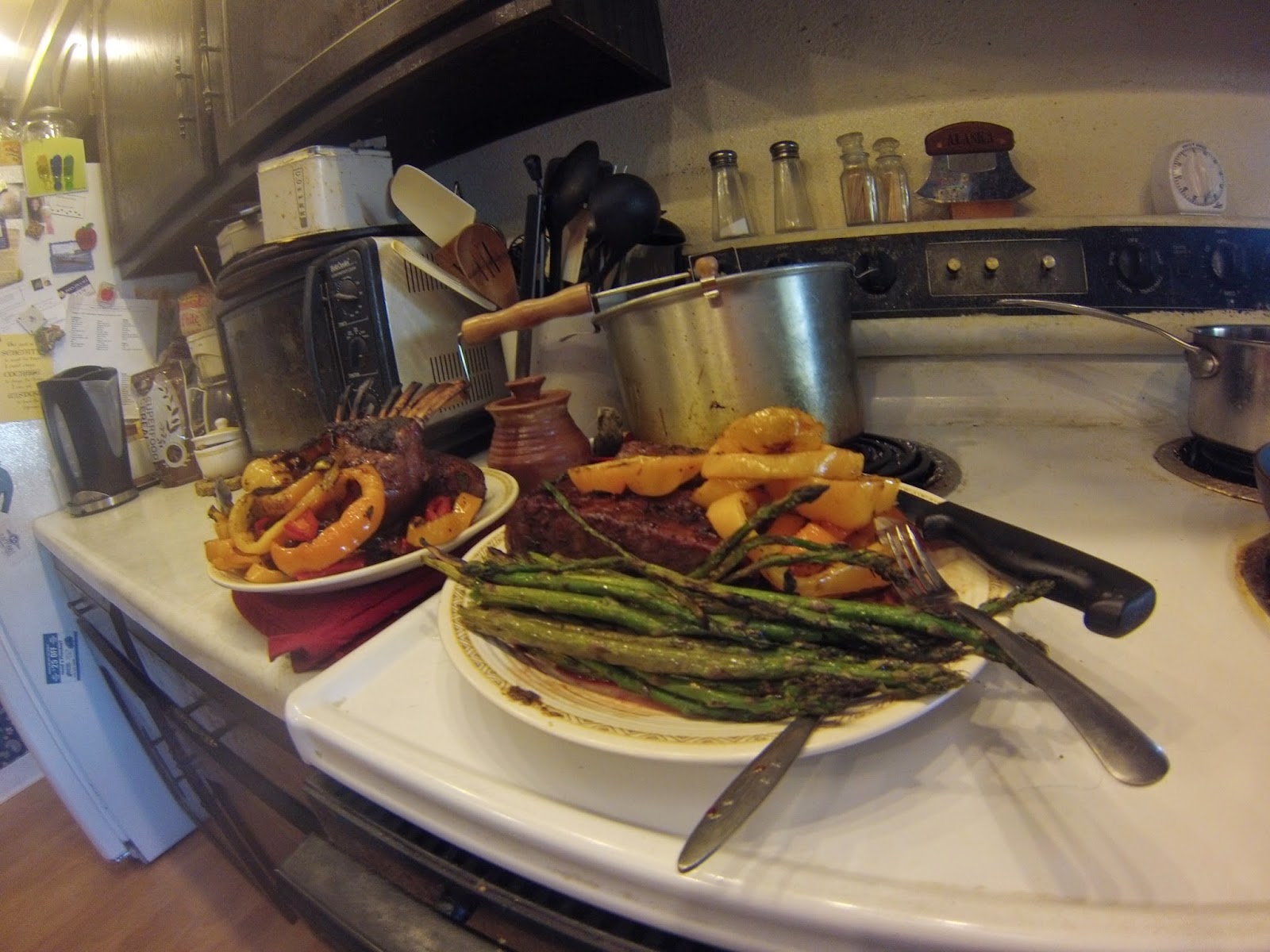