Thursday was a way busy day, which is good. I saw a client later in the day & what an awesome session. This work of Ortho-Bionomy is amazing!! The results blow my mind almost every time. I know that it might take a day or 2 to integrate into the body, but WoW when its WoW. What does that mean??? It means this; working on the clients knee cap, we both could feel a slow shift in the lower leg, a small soft pop in the ankle showed up, & Completely Pain Free!! How Cool Is That???

I ended up running a bit late 4 my 5:45 Western Slope Runners group. I jumped on the commuter bike w/the GoPro & headed 2wards the River Front Trail. The 1st time lapse was from under the train trusses while the runners came 2wards me. The 2nd time lapse was facing west & I totally dig the floaters drifting on down the Colorado River. The group of 4 gals that came by were genuinely happy 2 see me which totally touched my heart. That feeling you have when you feel you belong. That is wonderful. WSR has become something more than just a running group. Robin, 1 of the lady's, asked about The Boy Dog. Yes, I was running late, but it was also just a little 2 warm 4 him 2 be running a 5K. However, its so nice when someone asks a simple question that brings in an inner smile. Dig That!!!

Anyway, still rocking the April challenges. I am enjoying the rides around town, easy pedaling, & views of spring. 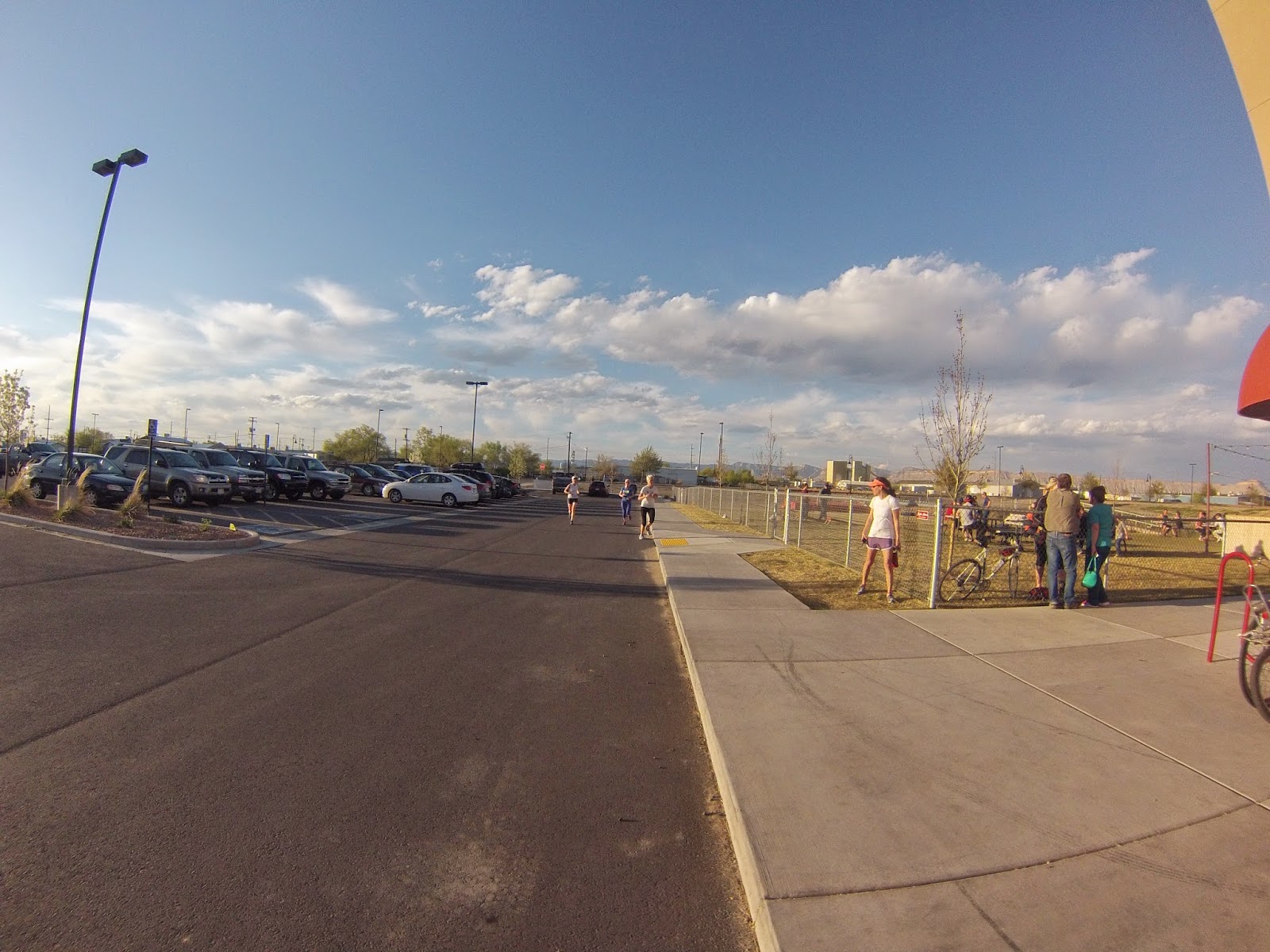 Here are some photos from around GJ,Co & even some of the local folks out on Main St. 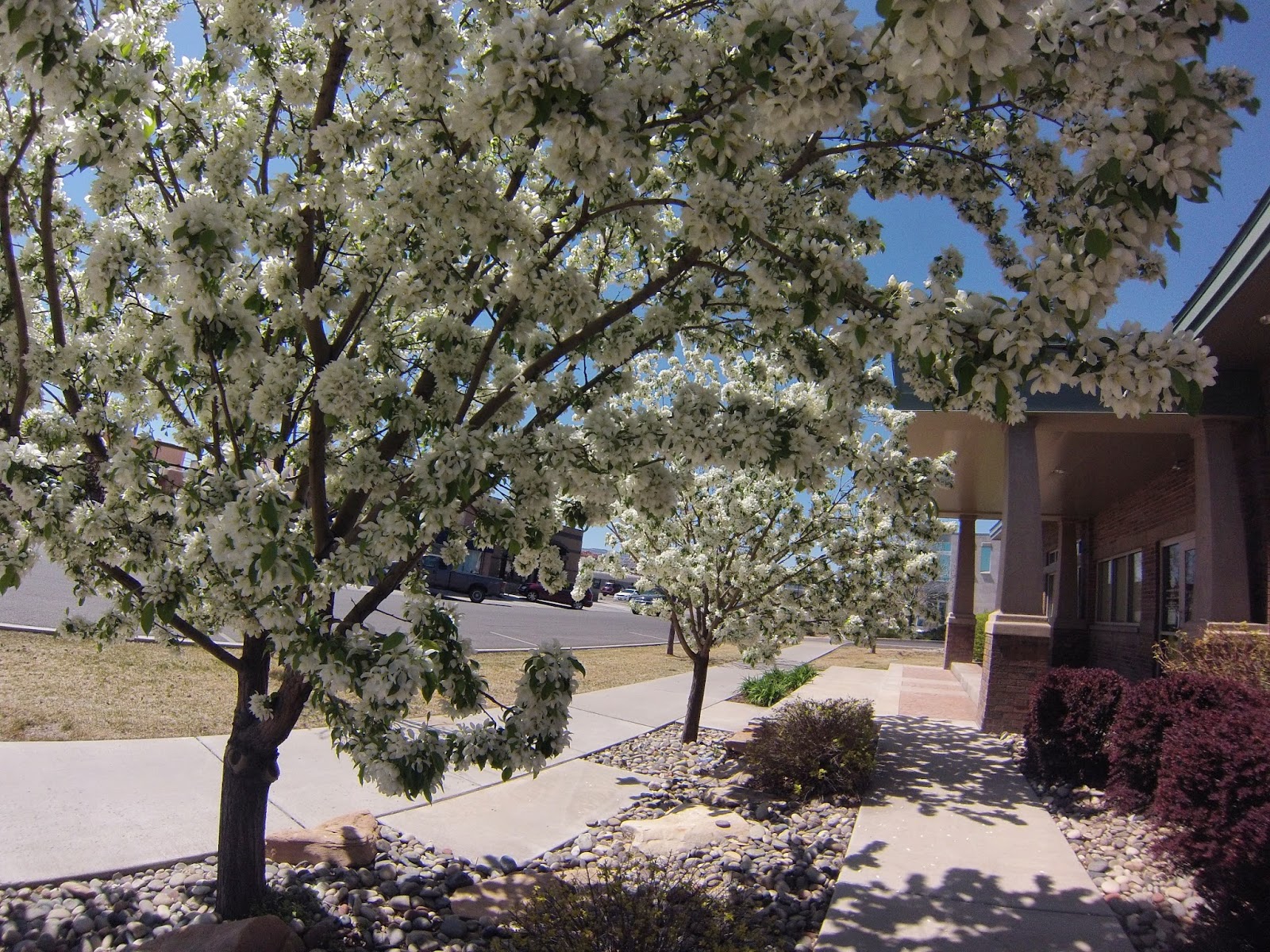 Rode 2 the top of the downtown parking structure & snapped off a few of these shots. The above photo is from my bank. Some of the most coolest tellers work here. Thanx Rio Grande 4 smiling every time. 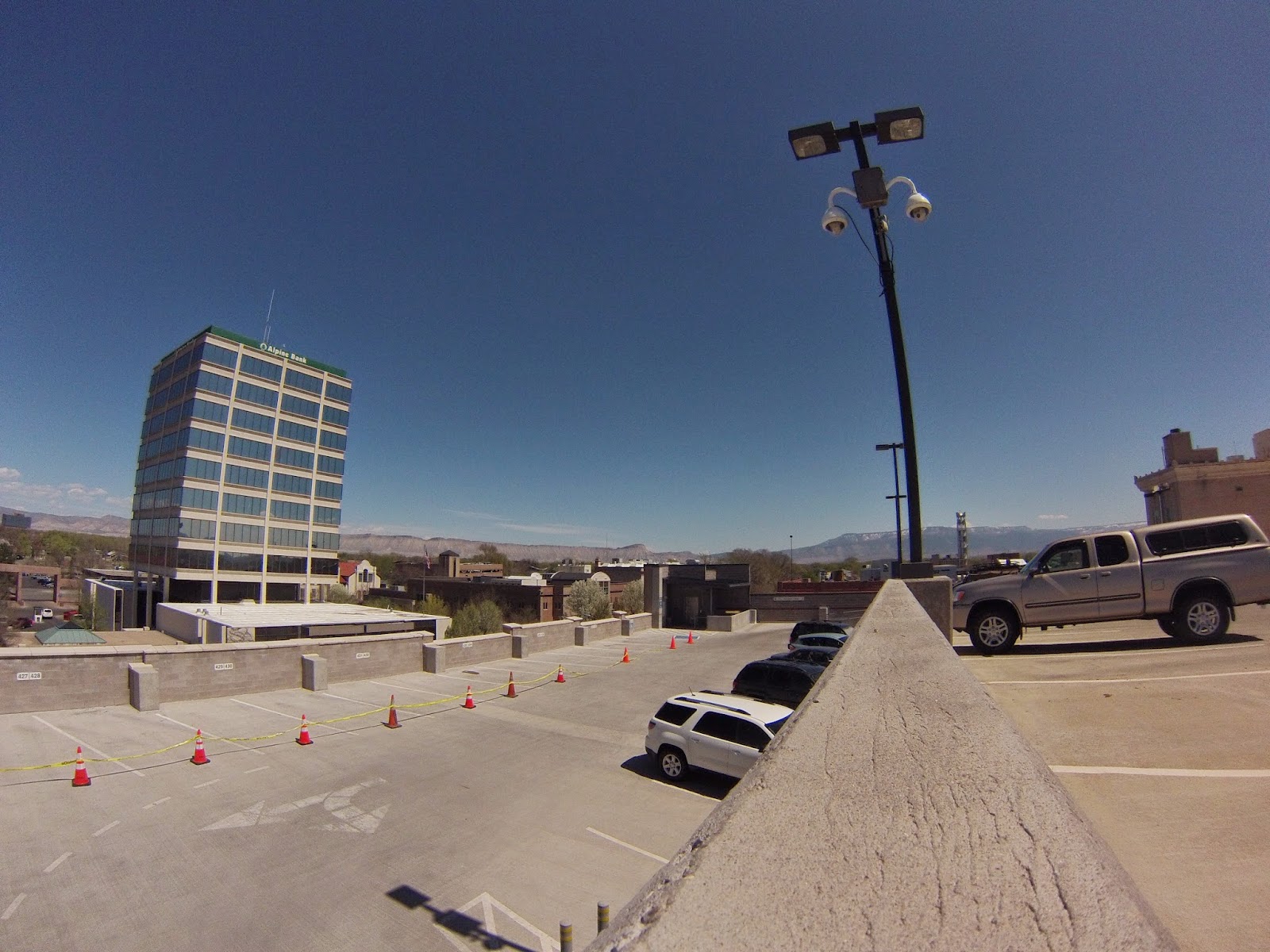 Totally dig running into DJ Strangefellow on Main St. Took this photo while he was deep in speech regarding KAFM. I could feel what he was saying because I felt that same vibe about 5 years ago. The station has a funny cycle of life & I am on par as 2 how he feels these days about the station. I am way stoked that he hasn't quit KAFM!!! Last time I saw him in the station while he was doing his show he was quite bummed about a few things. I know a lot of KAFM folks read this blog so I am NOT going 2 speak 4 Ryan out of respect 2 him. Ryan & I met through Sundrop grocery in 2002 & I have nothing but love 4 this guy. He has grown as a man, a leader, & a father figure 2 his little girl Scout.

Stopped in on Hugh, Pinto, & Kelly. They have been on my mind & wanted 2 stop & say hello. They HAVE stopped supporting KAFM. I understand where they are coming from but I am still sad 2 walk in & here commercial radio in their show room & not down 2 roots KAFM. Kelly looked Gr8 & Pinto was a downward stretching dog. He is such a handsome sun-of-a-gun.

So later 2day, seeing another client, taking Shadow Boy out 2 the desert 4 a trail run, checking out downtown a little later 2nite, & making some plans 4 heading 2 the higher elevation. I am kinda blown away by how fast the week went. In a couple of days, this month will be half over!! Still, I have a few things 2 look 4ward 2. Like………... the MOG Sale on the 19th of April. Manufacturers of Outdoor Gear ( MOG ) is hosting their 11th Annual Event & its going 2 be a huge blow out 4 sure. I will be blogging more on that event next week. Until then, thanx so much 4 stopping by!!! Have a wonderful weekend & think of others. Cheers
Posted by The Padre at 11:45 AM