Hello All,
Hope your Turkey Week went well. My Turkey Day was awesome, smoked a 14.78 pound bird, the video clips have been sorted through on iMove, adding music soon, posting here when I finish up THAT project. The youtube clip from above was shot just after I had added some apple wood chips to the smoker. Loki has been trying to get Shadow to play w/him for years & the last time they were together they had a break through. So this time I was able to record it & share it w/u all.

Backing up some, last Monday as a matter of fact, Papa T at 94 years old finally fell asleep & started his new journey. The Saints were playing MNF vs Balt & there was a BBQ already planed for the night. Papa T passed just after the noon hour Pacific Time Zone & not much after that I started my 6 day bender. I didn't know it at the time but thats how the week went. I drank New Belgian's Ranger IPA for most of that day & toasted w/a bottle of Pendleton's Whisky once my brother showed up. Needless to say….. We finished the bottle.

I hosted a Turkey Dinner on Thursday, my brother, The Blue Z, & myself went over to our friend Renee's house for a Friendsgiving dinner on Friday, & was totally surprised on Saturday at another Friendsgiving dinner. Now, on Friday, while I was drinking more than the average other party goer, I never brought any attention to myself & didn't share the news. I have always been a happy drinker, I love playing board games, & I DID NOT drive!!! The Friday night party was radicle & some very cool folks for sure. Most of them I had never met but we were all finding common ground rather frequently. Which is always nice. The last group of us divulged into a Crazy 8's game that was a hoot. Lets just say it was a really late night.

Saturday morning was odd because I woke up feeling pretty good. I started doing my random Saturday chores. The weather was been gorgeous all week but after I walked Shadow Boy…….. It all caught up to me. I felt like sh*t. Well, not really, I just felt really toxic. I did a soak out back & rehydrated like a nut job. My brother showed up around 4pm as we were carpooling on out to Janet & Uncle Karl's for another dinner. Funny, my brother & I agreed that we wouldn't pick up any beer & just drive out to Palisade. Famous last words because when we walked in……. Denver Chris was standing in the living room!!! I couldn't believe my eyes & everyone was in anticipation for my arrival. I think the world of DC & I haven't seen him sense New Years last year. Another dear old friend from way back when, Jamie Vidia was out from SF,CA that I was also unaware of. Plus T-Bird & Sylivia were also there. We all sat & caught up during dinner & I still wasn't drinking. After dinner, after more conversations, DC says," Oh Yeah, I got you something." He had picked up a growler from the Pal Brewery of a beautiful Belay IPA. So after we put that down, the tequila started flowing, another late Turkey Dinner Party was to be had. And what a blast it was. Jeff ended up driving my brother & I home at who knows what time frame that was. All I know is that I had a Gr8 night & I was so stoked to be around so many TRUE friends.

Sunday mornings walk w/Shadow was rough to say the least. Throughout my week of drinking, Shadow never missed a walk. We didn't always do two-a-days like we had been but the really morning walks have been awesome. Its so damn beautiful out here in Colorado. Now, I had totally forgotten that I was hosting the Donkies Game Sunday Night. So what else do you do while BBQ'n out back??? You drink really good beer. So back on the Ranger IPA program. My brother brought over some fantastic lamb chops that he marinaded all day. Plus, I had some andouille sausage that I needed to cook because I didn't use them in the Friday Night's dinner dish & I made up another 4 patties of hamburger for the grill & The Donkies beat KC.  IPA + Friends + Epic Food = Successful Night of Entertainment 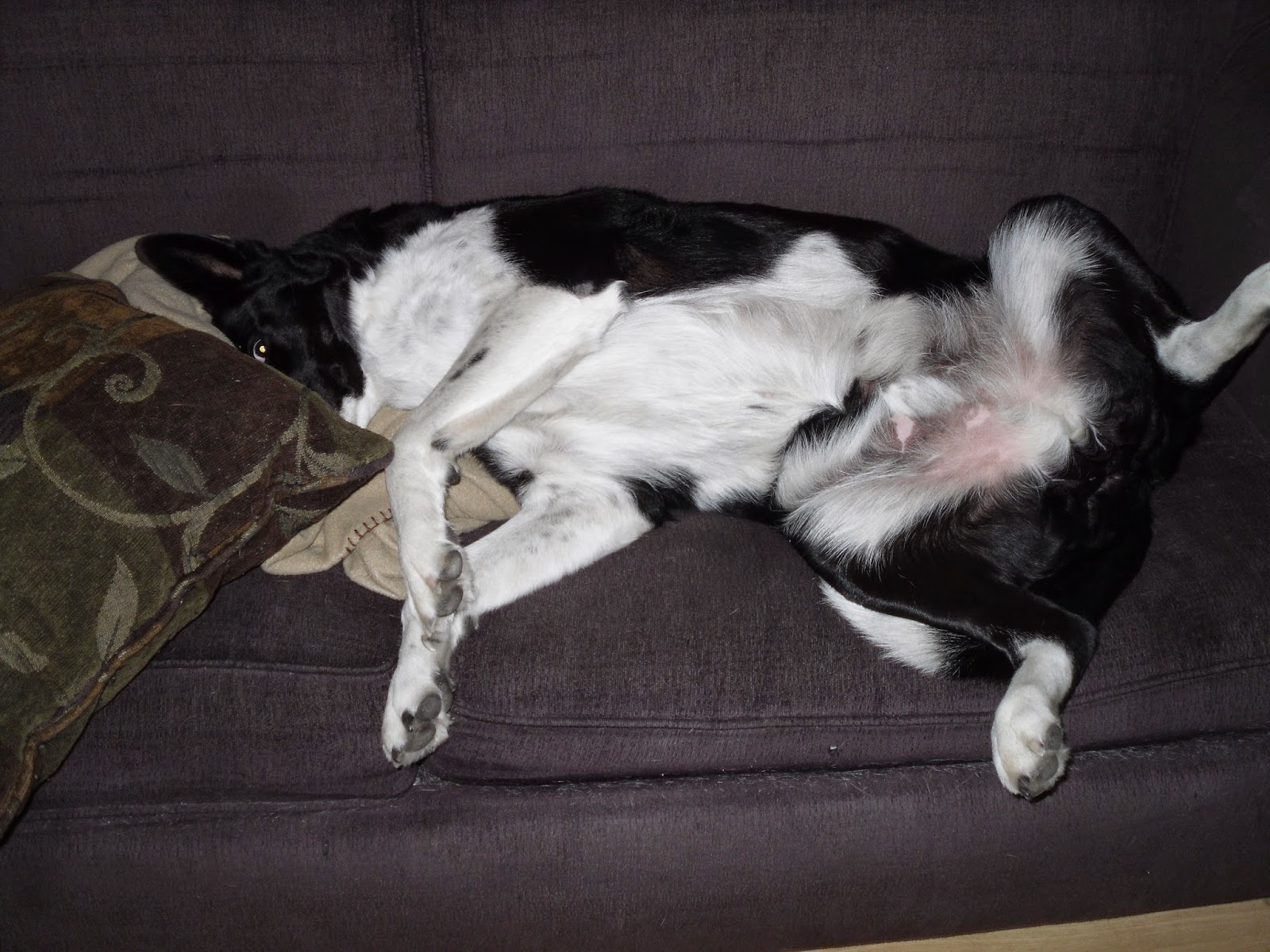 And This Is How I Found Shadow Boy Early Morning Monday. He wasn't in bed with me when I got up for an after midnight wizzzzzzz. I walked out to the living room & this was what I found. Shadow Boy had been on duty taking care of me for the week & finally went off duty he says. Is that some funny sh*t or what!?!?!? Love that eye looking at me & soon after I took this shot…… He went & jumped up on my bed…… I Love This Guy

DECEMBER GOALS:
First week of December I am back in school for Ortho-Bionomy.
Pick up another new client.
Hit the downtown gym during lunch breaks.
Add some single track mt biking into my rides if we don't have any snow SOON.
Do a mile for time at Stoker Stadium.
Video a demo of Ortho in front of a group of people & get it turned in for credit.
Attend the Light Parade.
And Last But Not Least….. Walk Shadow Boy Every Morning

Now, pleased don't comment about how sorry you are for my loss. No need because Papa T was way old. He was the last of 8 siblings & I was very fortunate that my grandparents raised me & my brother. He was living pretty well for his age until about the beginning of Oct. He just started to check out for some reason & wasn't all that happy in Nov. He had always been a real jokester & full of life. So that fact that he was able to simply close his eyes & pass was awesome. Really, no pain, no fuss, no tears, just done. 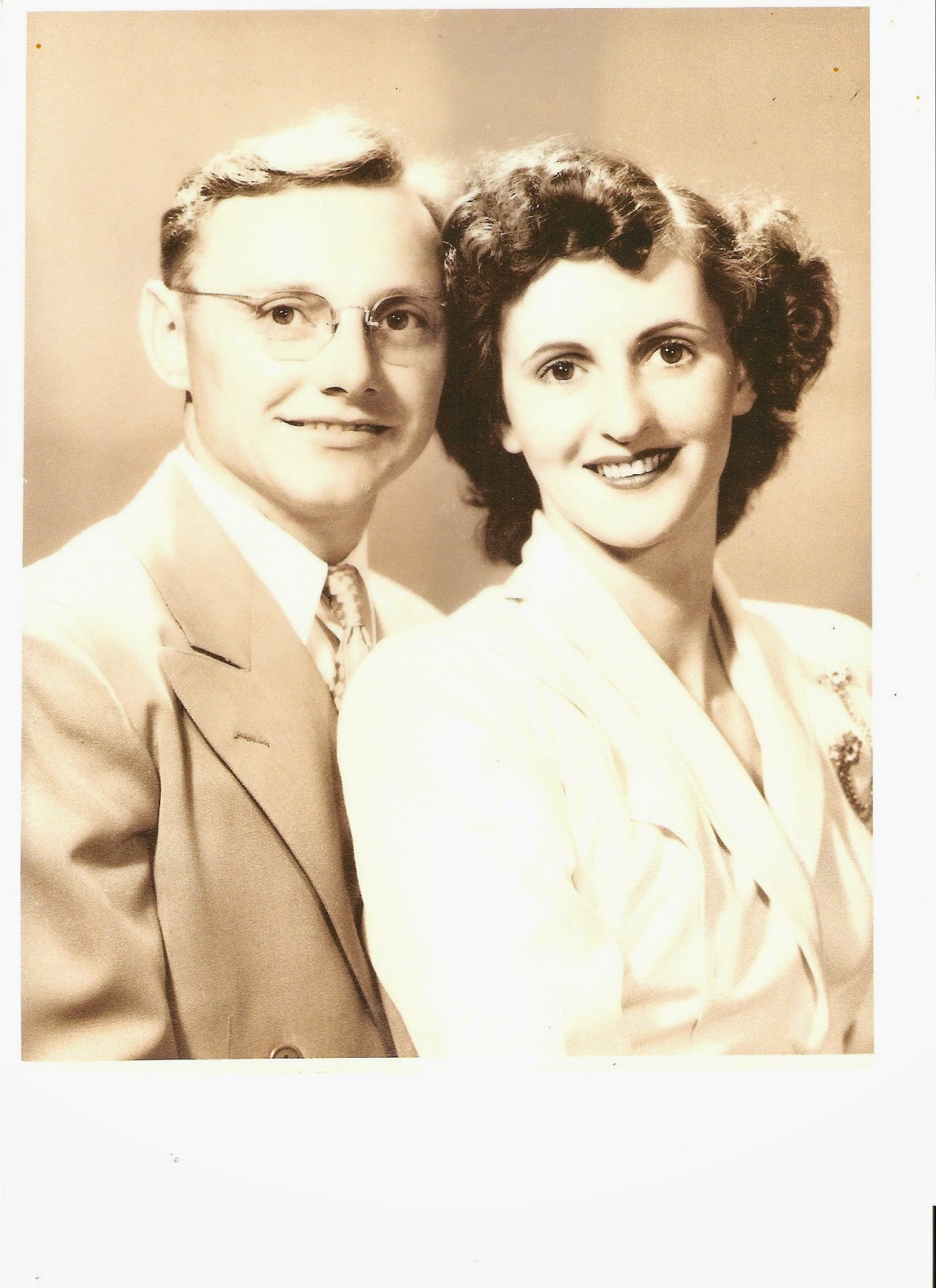