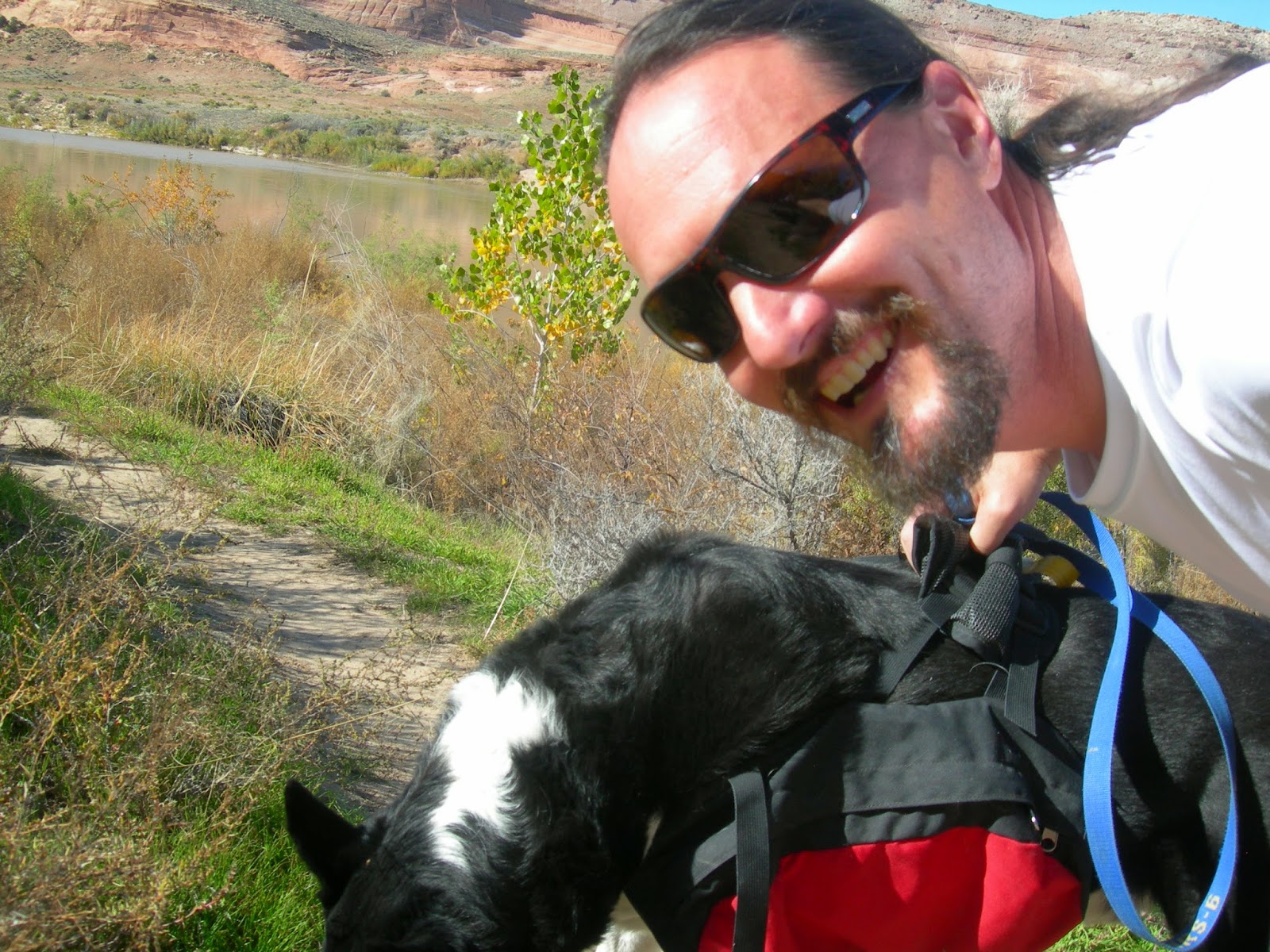 Rock- Tober has been flying by!! Don't get me wrong, its been a Gr8 month!!! And after our local Grand Mesa has dropped all of its leaves, the temps begin to drop into the 20's, what do you do??? Easy, head for Southern Utah. Last Saturday, the weather was unreal and flipping gorgeous as can be, the high hung around 79F for the day. The clear skies opened up stargazing and the happy Moon wasn't quite half full which allowed for beautiful Mars viewing.

I was actually in Utah for a wedding and took advantage of the landscape. The Fall colors are in full swing around these parts and truly highlighted the already amazing cliffs, bluffs, and book cliffs above. 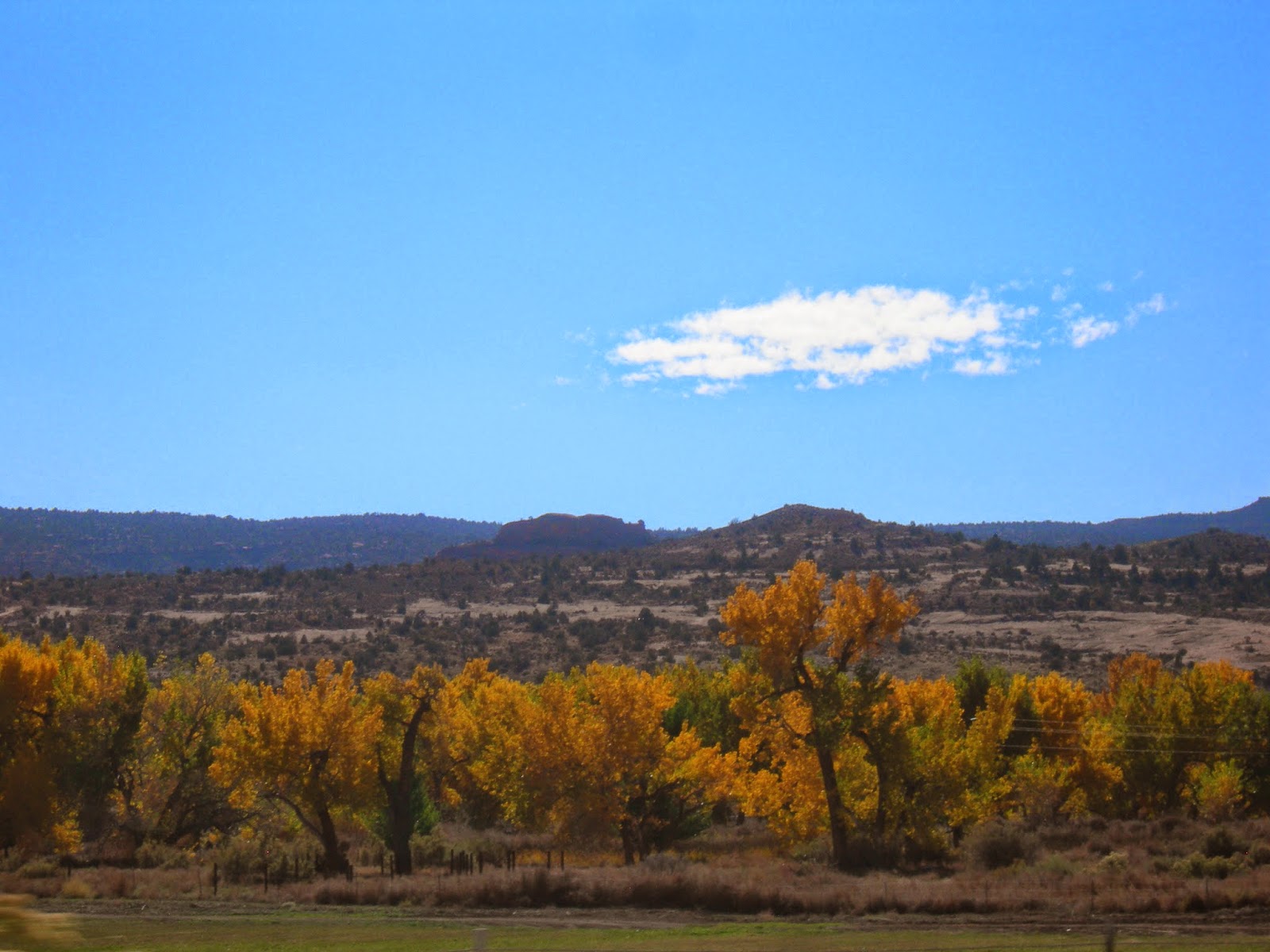 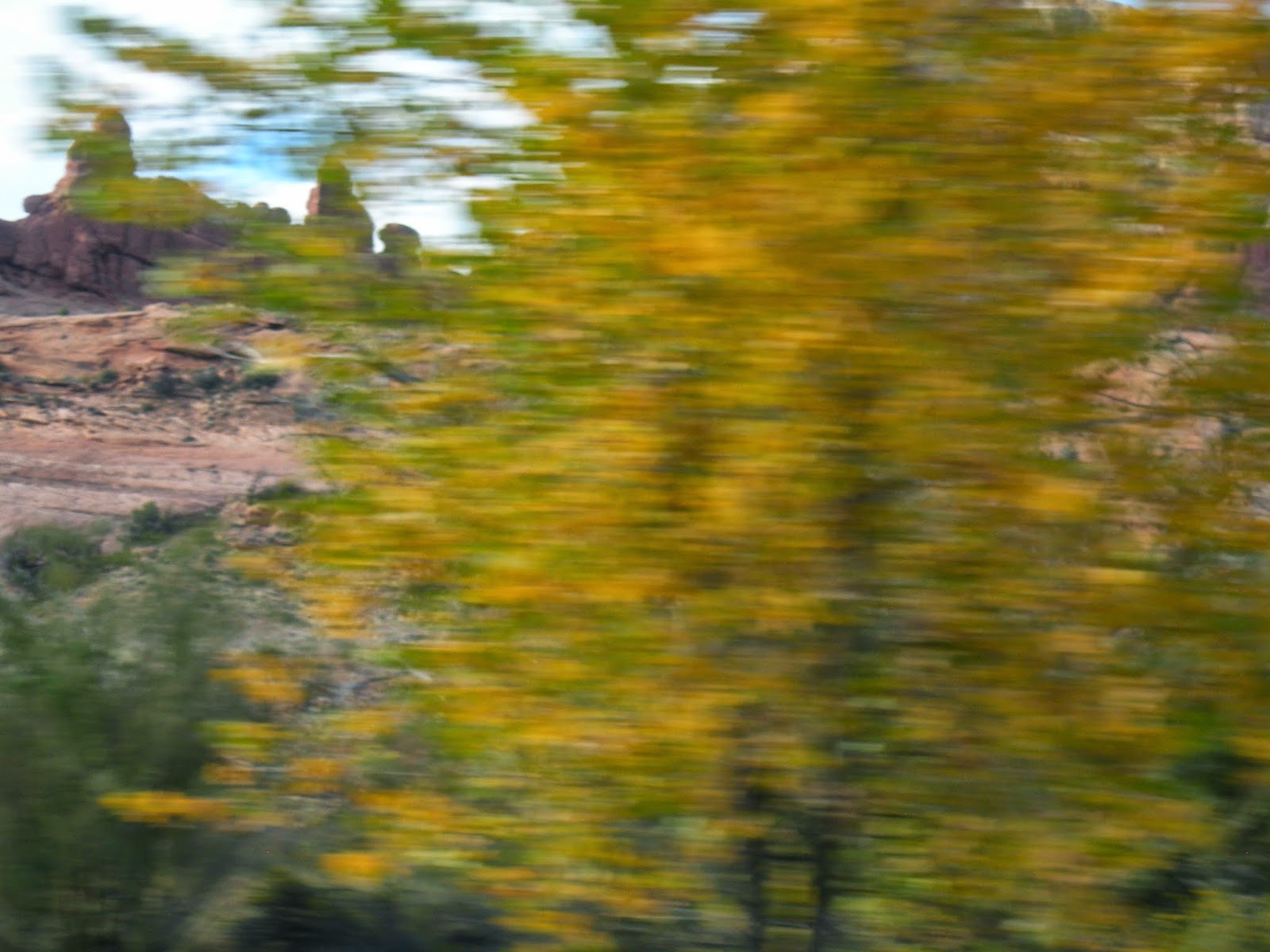 I am currently procrastinating on rifling through all the photos from the wedding and mixing them with a Time Lapse and a sound track as well. My original plan was going to mix and add during the World Series but I ended up carving pumpkins and hosting a BBQ. I only bring this up because I love playing cribbage and will BBQ in any kind of inclement weather but will soon be posting a "movie" from the wedding soon. Later on after the wedding, Shadow Boy helping me navigate through the valleys of beauty, we arrived in the Big City if GJ in time to throw on some make up, catch some of Game 5, and jump on the bike and head downtown for Zombie Prom!!!! Last year, Zombie Prom opened up a whole new avenue of Halloween Costumes. How many of us have done the Wizard Of Oz thing?? Well now we can Zombie-Fi the Wiz!?!?! I took on a Charlie Sheen last year, told everyone that I was 3 days into a 7 day bender. I even had some tin foil in my pocket as a prop. Thats a whole other story if you wish to hear more or maybe we should let that rest. Yes, rest.

AND NOW FOR THIS YEAR:


Can you dig it?!?!? The Mayor Of Vegas ( on the left and my brother ), Contemplation Of Suicide ( Cliff in the middle ), and Zombie Road Rider ( Me on the right ) took over the Mesa Theater's upper bar. Now the Mesa totally sucks and I haven't been inside since the Bruce Hornsby show and I blogged about the Umphrey's McGee show that completely turned me off from the Mesa. So just off to the left of the upper bar was a photo booth and the three of us hung out and complemented everyone that was lined up for their photos. The night was amazing by how creative the younger generation have become and their Zombie look was outrageous!!! We saw so many half A$$ done nerds so the ones that took some time really stood out. Some of them really brought out death and others took the PROM aspect of it to heart. Man, the whole night was visually stimulating for sure!!!! 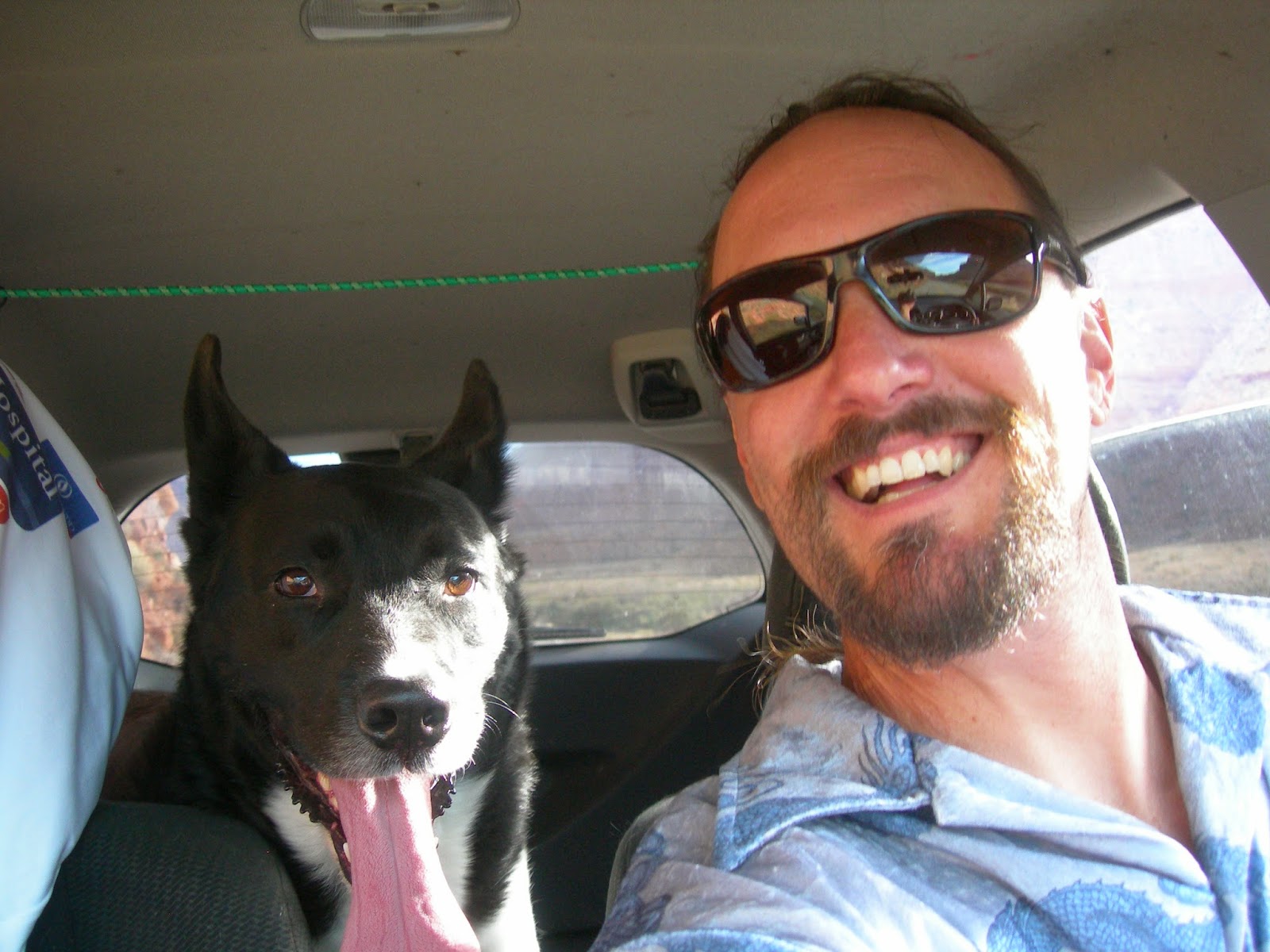 And can you believe that crazy Game 7 last night!?!?!?! What A Game!!! A huge congrats to all of my California friends and congrats to Mr Bruce Bochy!! Bochy and I go way back to the early 90's and I am way stoked for him AND his family!!! Also, he now holds the distinct title of being the VERY FIRST MANAGER to Challenge a call during the World Series AND win that challenge. Fill that away for trivia later on. Keep this in mind, I would have been happy to see KC pull off the victory. Really! And during last nights game, count them, TWO pumpkins carved, two more to go. Along with the wedding video to come, I will post pumpkin photos as well. 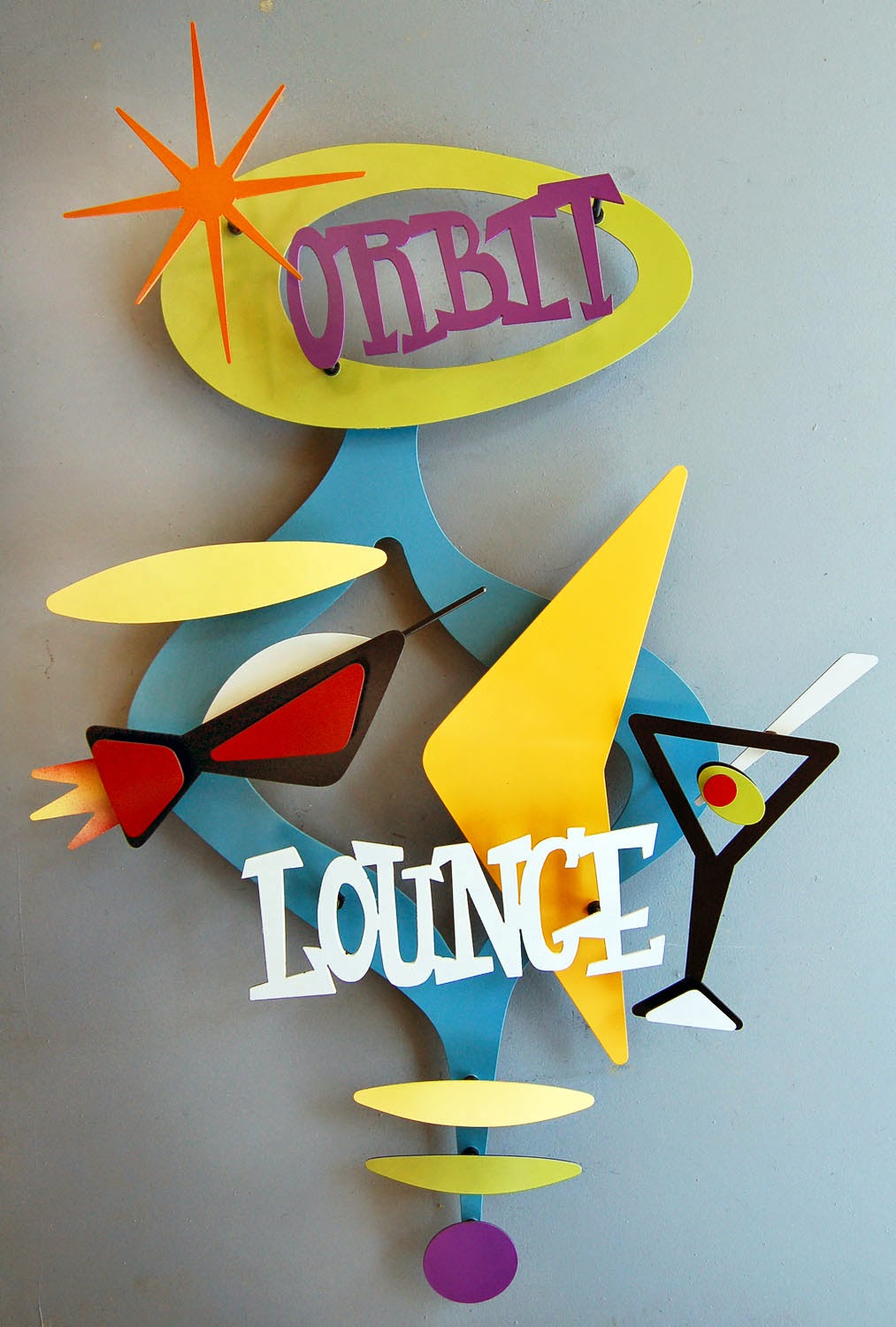 And Last But Not Least…… Drum Roll Please…. I Am Hosting The Orbit Lounge Halloween Morning…. Cant Wait!!! And you can stream live at www dot kafmradio dot org from 6am - 9am Mt Time Zone. I have something like 4 hours of Halloween music to mix into a 3 hour show. Its going to be awesome!!!!! I record my shows so feel free to ask for a copy and I will make sure you receive a copy. Spreading music makes my day. Almost as much as when I receive a sticker from somebody. Yes, I am a sticker nut.

Along with the wedding video, pumpkin shots, I will be updating my training schedule for the Silverton Marathon very soon. Saturday Nov 1st might be that day.

Have a wonderful week, Thanx for making a difference, & Allow yourself to comment on my photos.