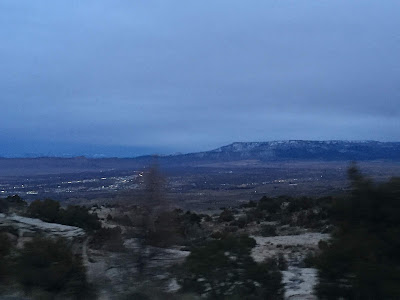 WHAT is it - Ortho is a gentle, non-invasive, system of healing that reminds the body of its natural ability to restore balance. Its principles are based on simple philosophy of allowing the body to self correct.

WHO is it for - Sometimes the body's natural ability to remain balanced is short-circuited by stress, injury, accidents, improper posture, emotional experiences, or repetitive movements. The simplicity of Ortho means that the practitioner and client may work together to re-educate dysfunctional patterns and restore normal functional movements. Ortho helps people break the cycle of pain.

My Sessions - I explain to my clients the importance of a Client Directed Session. This is a must! Meaning, if you feel something in your shoulder while I am releasing your ankle, I Would Like To Know That. The more information I have, the better your session becomes. I then go on to meet folks in their model of the world. If their language is simple, I keep it simple. If clients understand/awareness to concepts like energy meridians, I refer back to Chinese Medicine. If someone mentions standing all day at..... , I work the reflexology points in their feet. Anytime someone says that they have Carpal Tunnel Syndrome, I never start with the wrist. I began as distal away as I can. Not always, but often, releasing the neck and realigning the shoulder gridle allows the wrist to naturally "unwind" "relax" or "settle" happily. Its Brilliant I Tell Ya!! If the client is all kinds of mind Phuc-D from the week, I will offer a guided visualization. I enjoy those as much as they do. But again, ONLY if its in their wheel house. Gentle movements, comfortable positioning, brief compressions, and subtle contractions are key. NO FORCED, NO FORCEFUL MOVEMENTS, or FORCED PRESSURES are used.

HERE is the link to Monday Night's Juke Box Show. This particular show was filled with B-Side Classic Rock songs and a few, Just A Few LIVE Jam Band Treats. I am pretty proud of this show and felt that it went well. Some of the highlighted cuts came from Fleetwood Mac, Henry Paul Band, Todd Rundgren, The Who, and even The Monkees with She. The opening track was performed by Wide Spread Panic covering WAR's Slipping Into Darkness from Snowmass Colorado. The Blue Z & I were in attendance back in 2005.


HERE is the link to the Radio Rapture Show on Thursday. I showcased STAR WARS as the newest episode made its debut that night at midnight. I opened the show with the 1977 LP Star Wars And Other Galactic Funk and then used this as my background tune while on the mic. I am beyond stoked with the flow of this show. Loads of 1920's, 30's, & 40's style swing tunes BUT ARE ALL COVER TUNES. The James Bond Style of Taylor Swifts cover is choice. Over top of that, I mixed in Darth Vader soundbites between tracks and over instrumental jams. Also, offered up 5 random trivia questions for the listening audience. Hell, Chewbacca sings Silent Night is totally worth a stream.

Early morning, banner sunrise, I rode towards Palisade. Talk About Chilly Willy. I froze my damn buns for about the first 6 miles. The BTU's finally warmed my core but my cheeks and fingers were a different story. It Is What It Is

East Orchard Mesa, directly above the charming little town of Palisade, is basically agriculturally zoned. The leftover weeds had that perfectly frozen in time appearance. Its so beautiful riding through East OM in any season. Its Why I Do It

I noticed a "cyclist" up ahead, so of course I picked up the cadence. I began to realize that I think I know this person but wasn't convinced. As I went around him, all be damn, its Captain Ron. I tapped the brakes to slow down and we acknowledge each other.

Poor Ron has had a very tough go at it. Last I had heard from him was when he was living in his truck in KAFM's parking lot. Rumors surfaced when he left the station but I haven't seen him since. I haven't been thinking of him or anything but had wondered what ever transpired.

He looked good. "My truck broke down." he says. He never asked me any questions but went on with diarrhea out the mouth like a neophyte cycling commuter. Pointing out how fast people drive, how everyone is texting while driving, and drivers are clueless in general. When I had had enough of his recent observations, started to cool down, it was time to ride.

So I told Ron that he really looked good, he seems more present than I have ever seen him, and that I was proud of him for putting in the miles. Sort of in a contrite somber. Totally genuine with my departing words to him but its tough to see. Kind of like when your family member lived on hard times for so long that even when they are "trying" to turn it around, you just know.

The take away here?.!?..?!!? He is alive. He is living life. He is riding his bike to work. He has a new found perspective. That's Cool


Eat Your Fiber Folks,
Cheers
Posted by The Padre at 8:18 AM