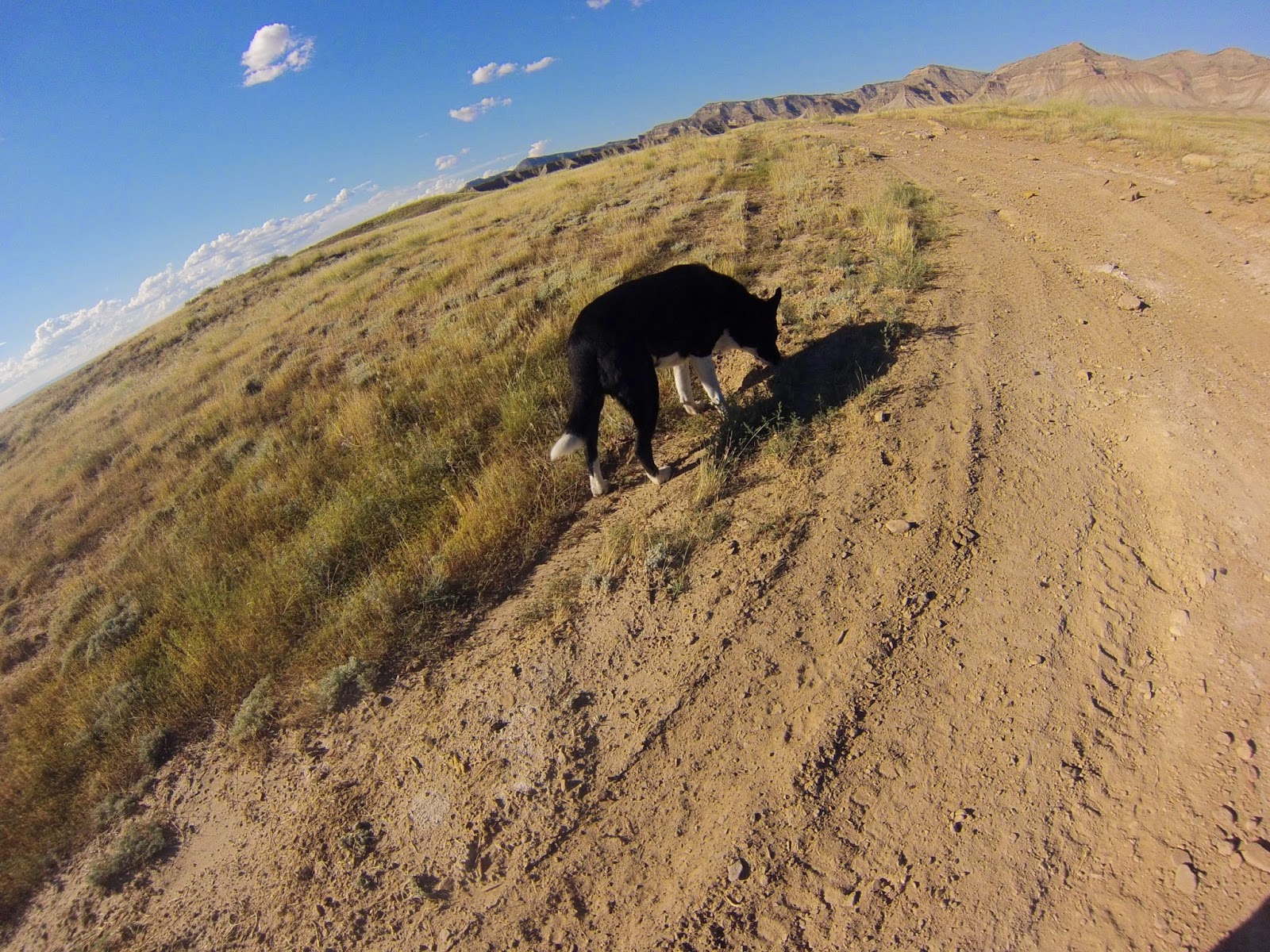 What a great week it was!! Picked up Mr Jim at the airport, saw old friends, & had an amazing halibut dinner at Karl & Janet's place. They had just returned from a 2 week trip through Alaska & shipped back a bunch of fish. We stayed up way too late, shared photos from around the world, drank way more than our fair share, & told stories of what we have been up to sense New Years. Thursday started early w/a walk w/the Boy Dog & then a drive back out to Karl & Janet's house in Palisade. Mr Jim & I walked around on Main St. & enjoyed each others company over a cup of Joe. The afternoon was shopping w/o buying anything, walking though the "single" bottles at College Liquor, & downtown for my block captain shift. Judd & Amber came to town & picked up Mr Jim & headed out to see more friends. We all reconvened for dinner & made our way down to KAFM to see The Blue Z. 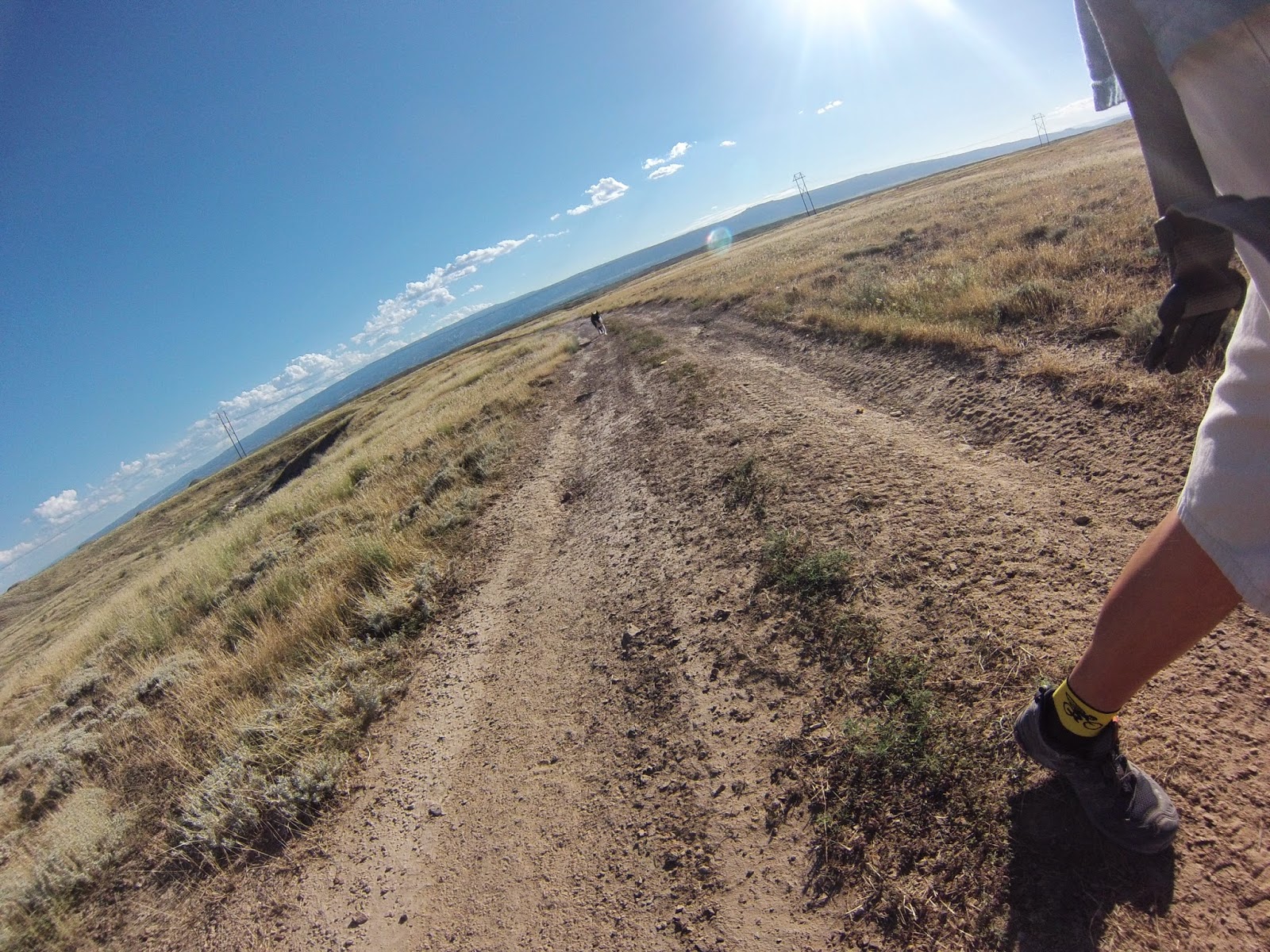 After another later night adventure, Mr Jim stayed w/me, Shadow Boy spooned w/him most of the night, I pounded water, the alarm went off way too damn early, its time to head for the foothills. 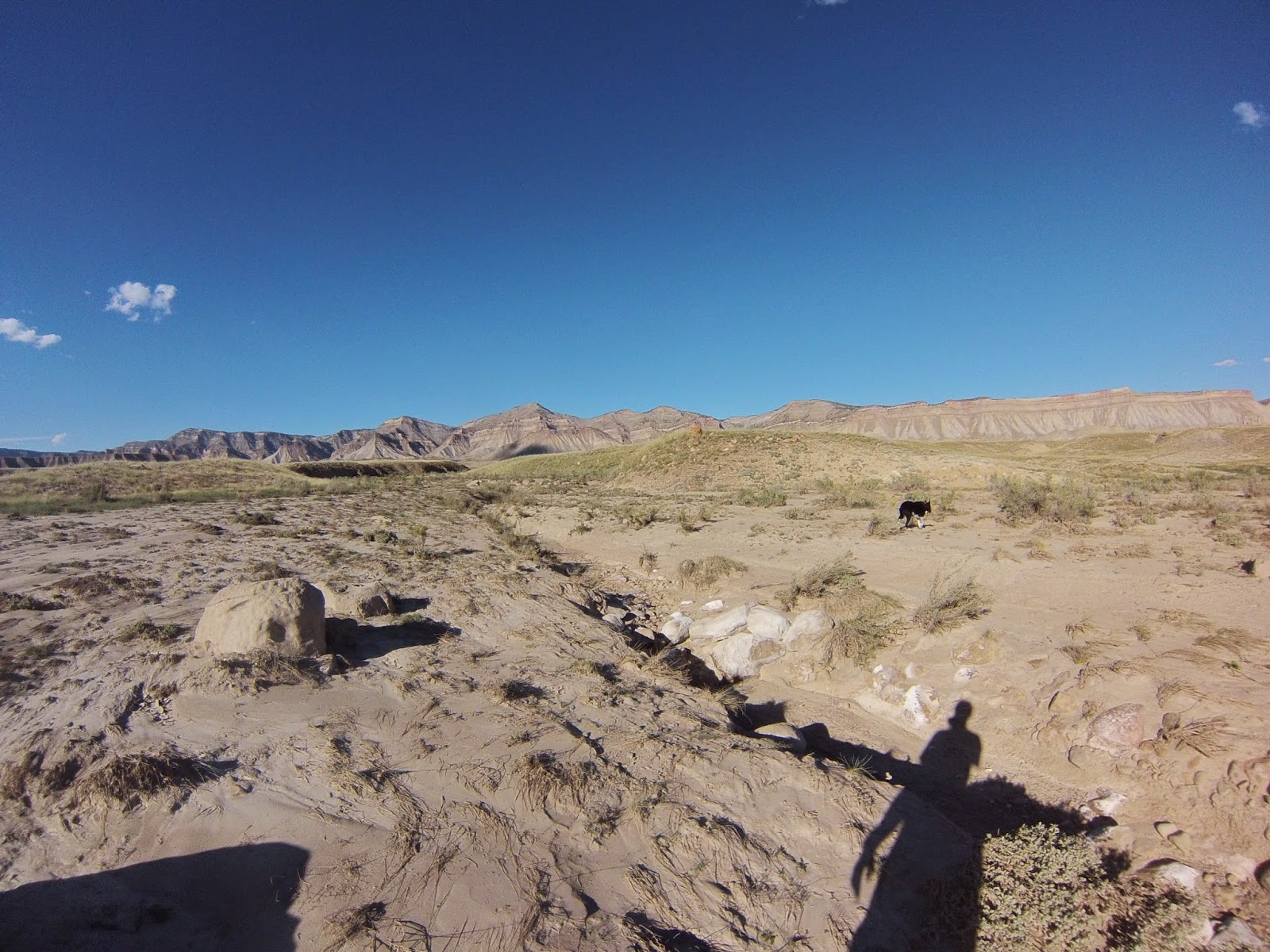 Friday night was awesome, again, more friends that we hadn't seen in like forever. We streamed the Lockin' Fest from VA, ate like big dogs, & drank like kings. It was wonderful to see everyone & time flew by. Its hard to believe that they are all headed for T-Ride to work Blues & Brews. I hope to see Mr Jim again after the 17th of Sept.


The photo from above is from a total washout in the desert. Shadow & I have walked this little single track trail for a number of years. This used to be a simple little crossing until early August. The landscape has changed & the trail is missing!!! 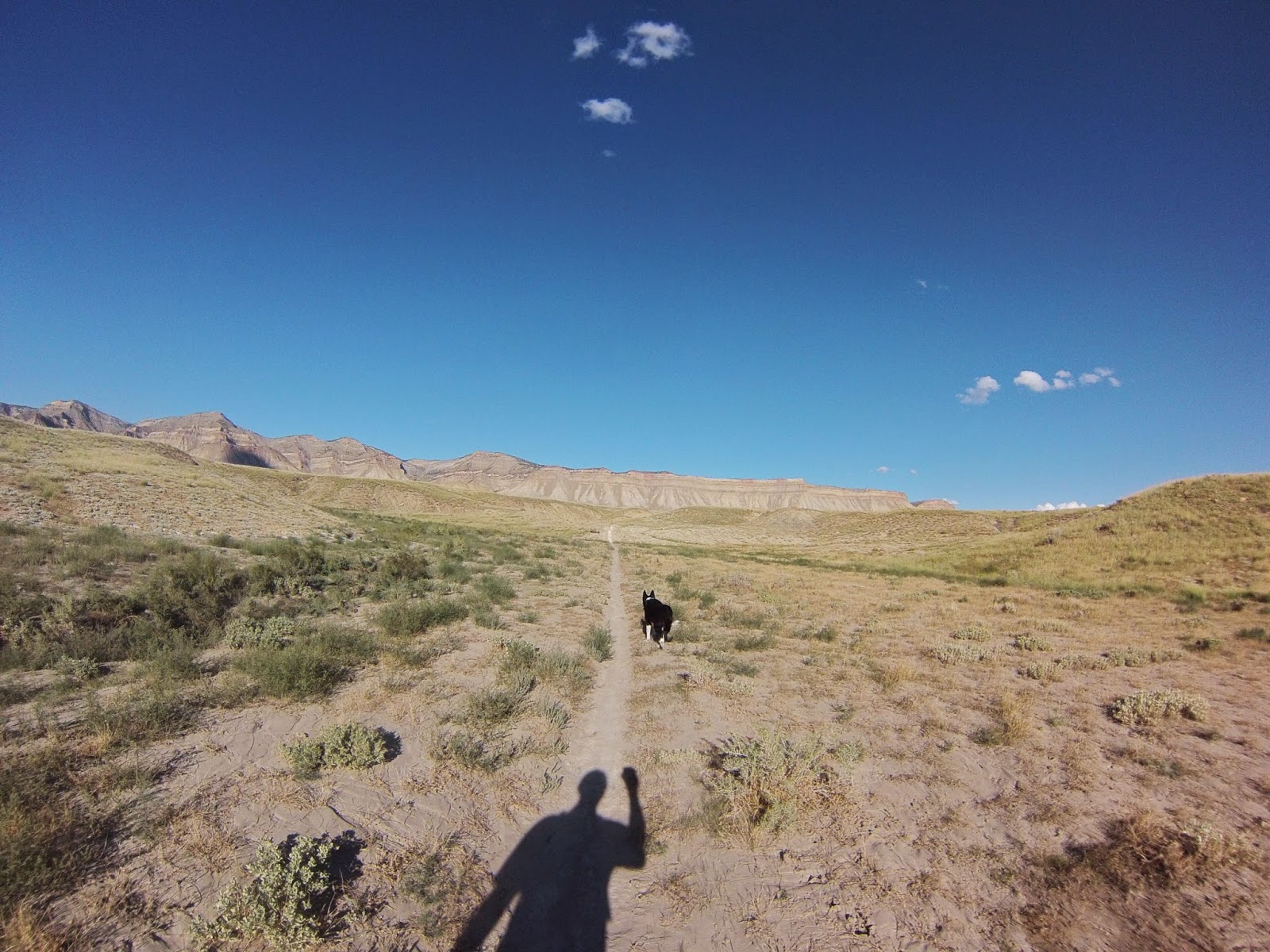 We found our way, I picked up the pace, focused on rotating my hips, full range of motion in my feet, worked on a sub 10min mile. Shadow was clearly on a 3 to 1 mile ratio. 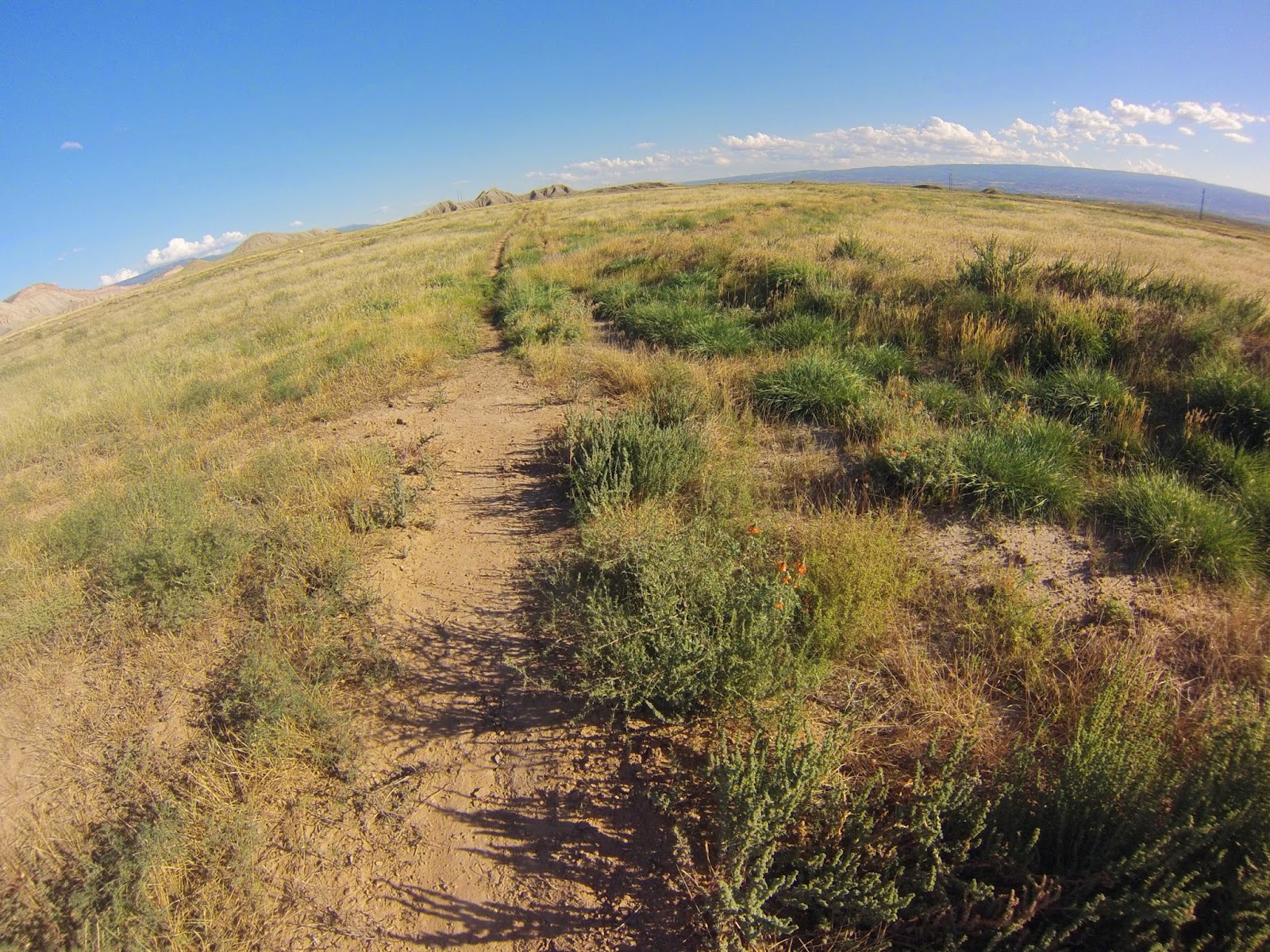 And the desert is still so green!! Shadow Boy was full steam ahead & my lungs were on fire!!! NOAA claims that we were only 83F but I was dripping as if it were 95F & 97% humidity. A few times, I almost turned around. A few times, I wanted to quit. A few times, I was pleased to be outside, soaking up this atmosphere, feeling alive, moving forward. 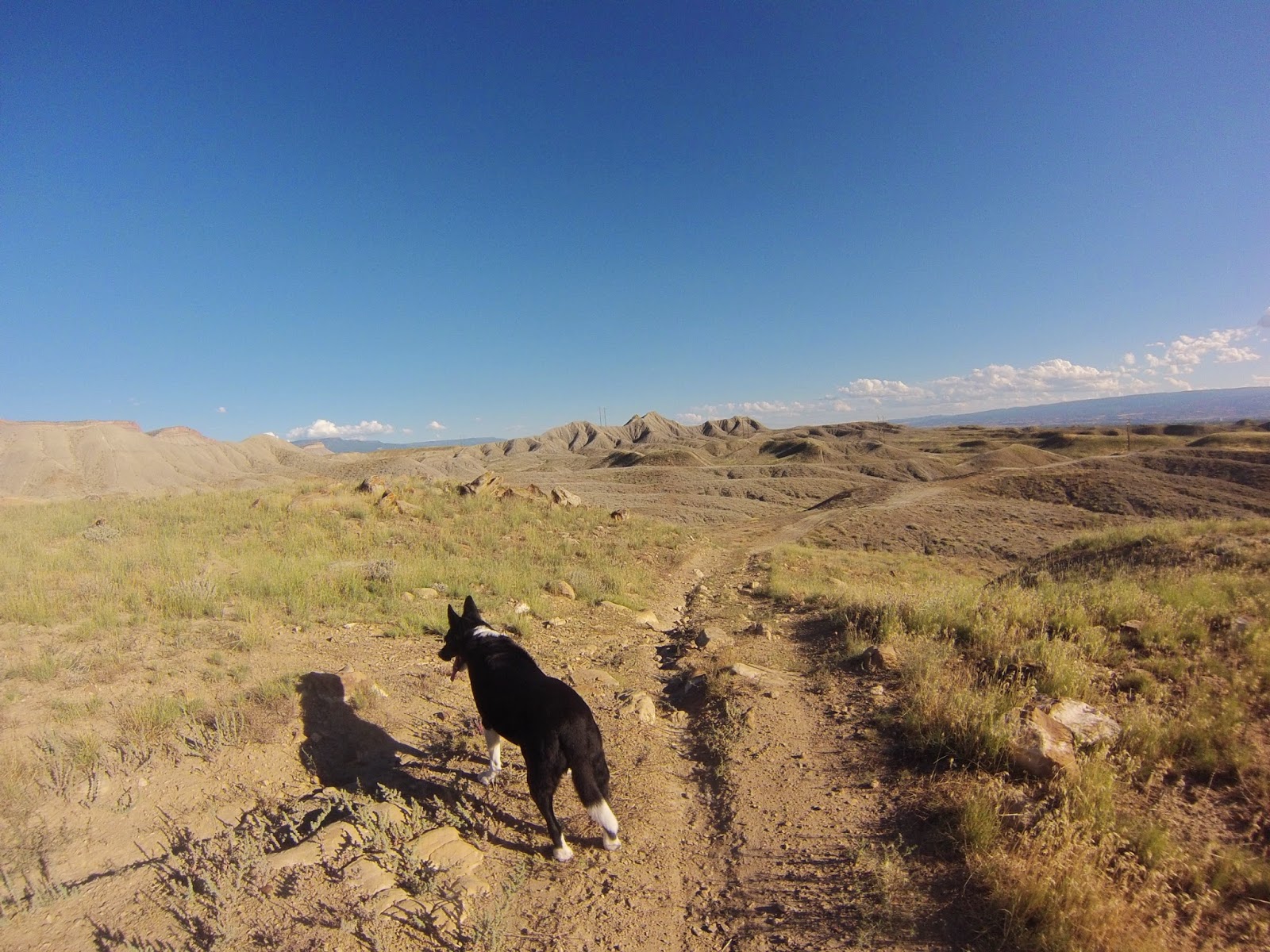 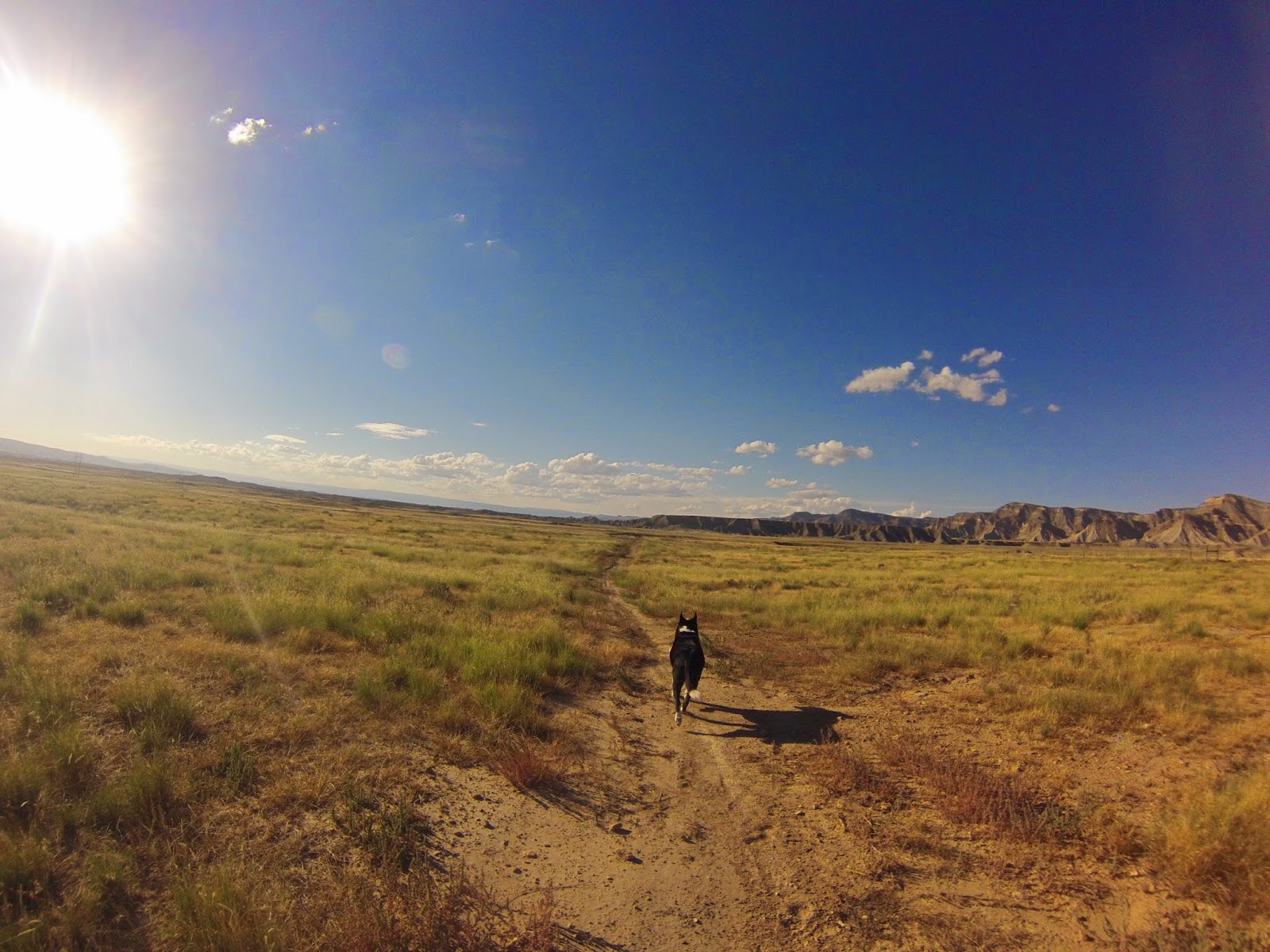 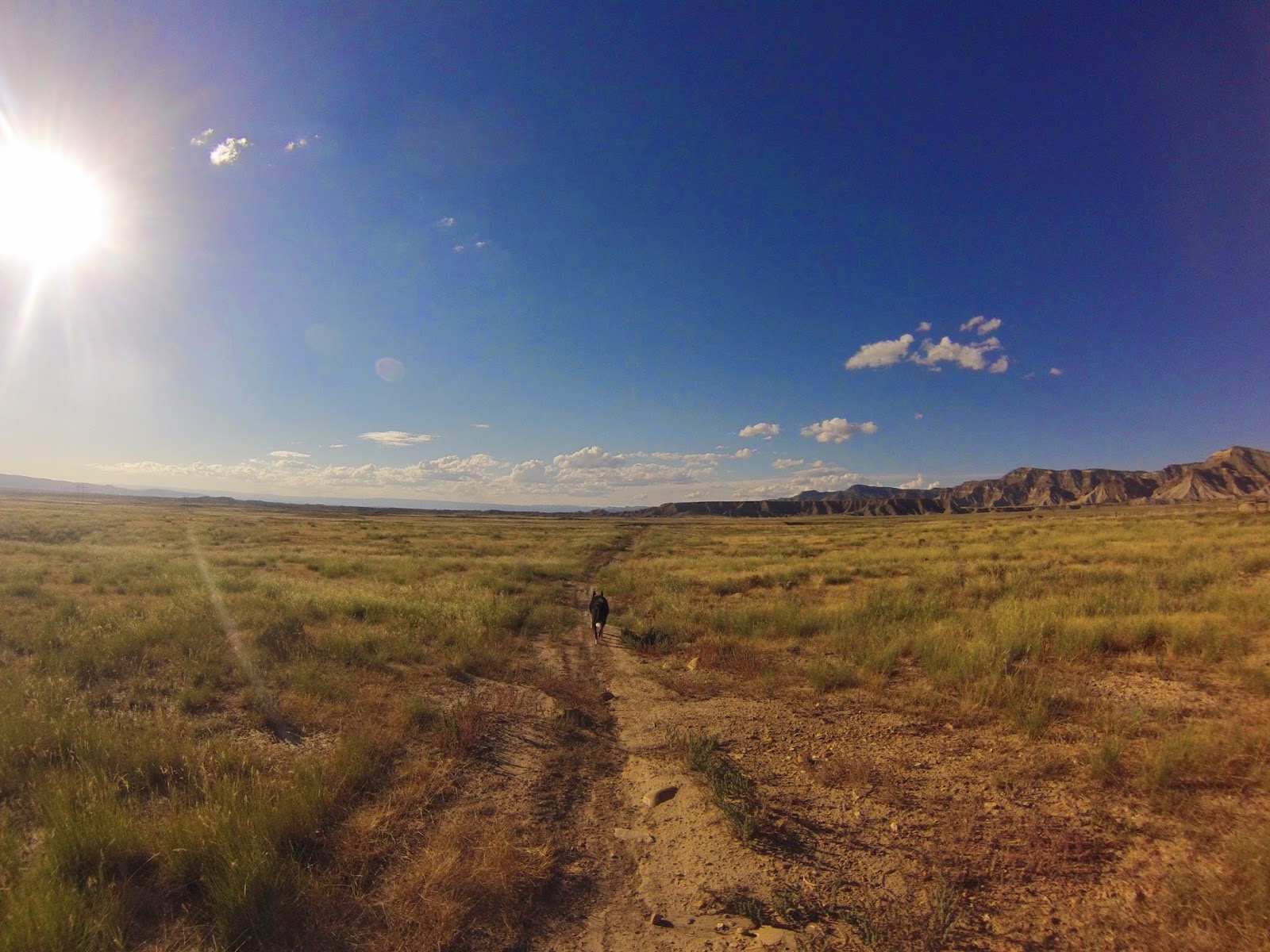 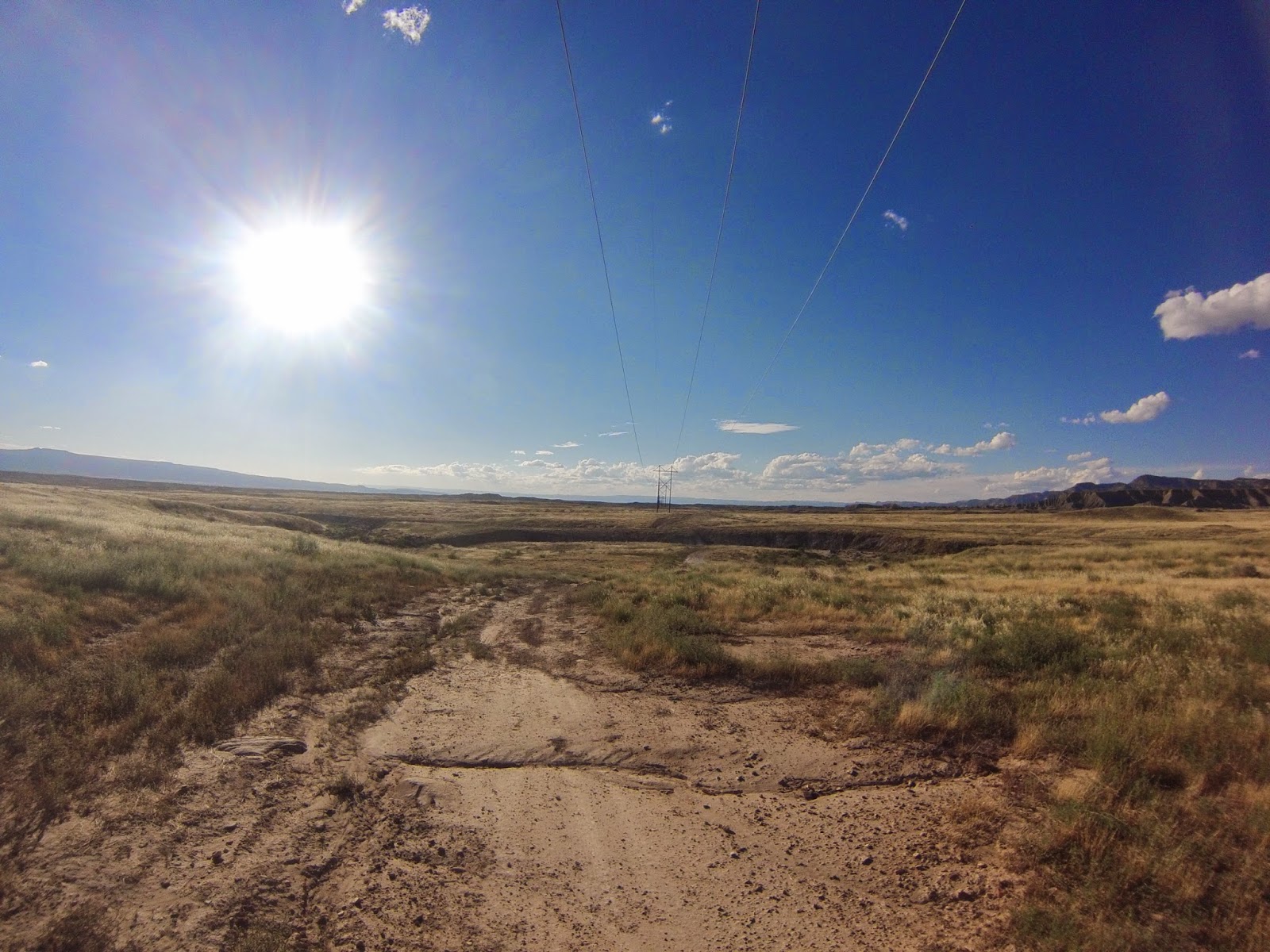 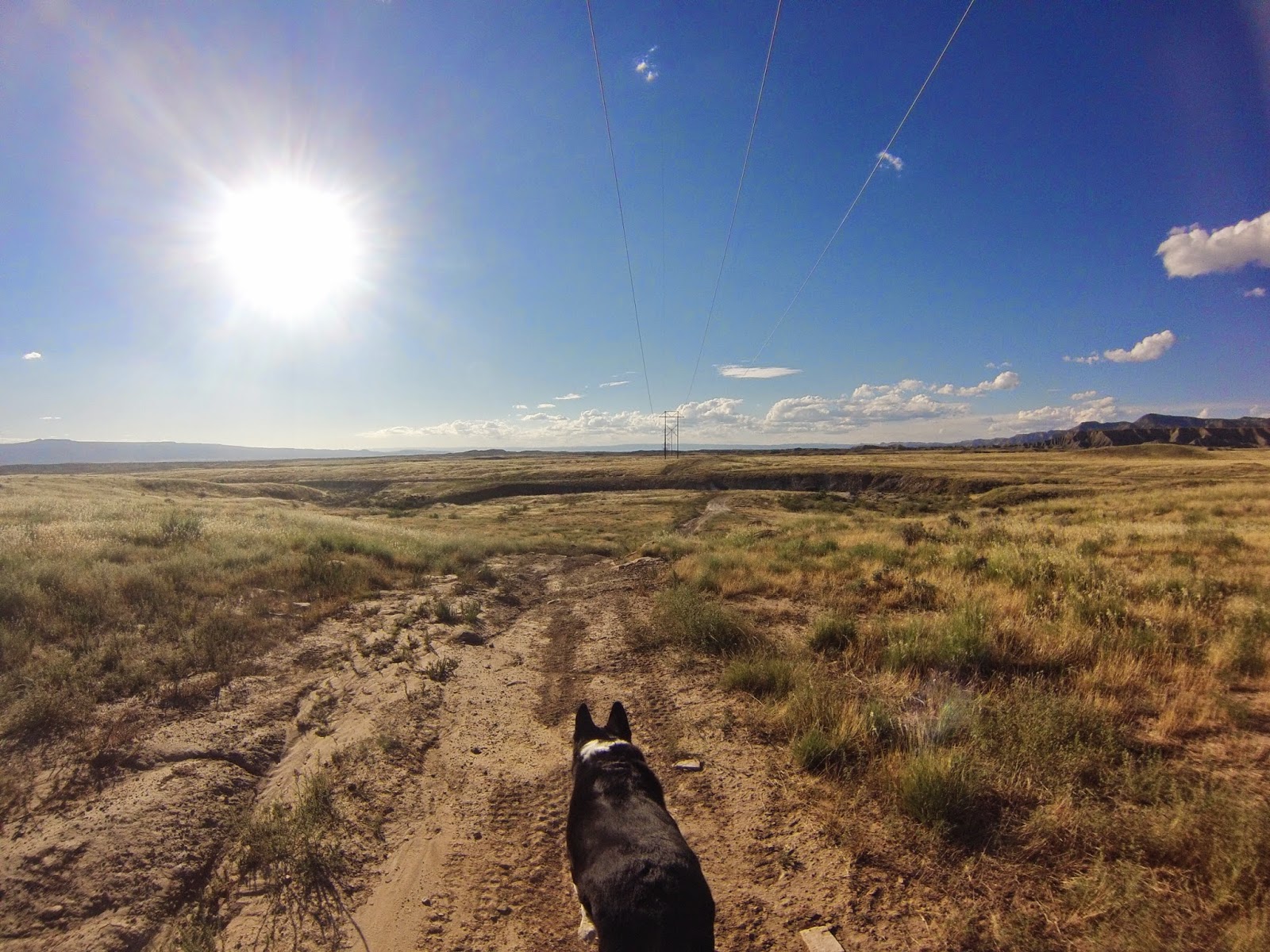 I am feeling quite pleased on my progress & feeling confident regarding the Lead King 25K next weekend. My stride isn't as wild as before & I can control my pace quicker, which rocks!!! I can recall months ago were I would kinda throw my legs out in front of me as were I am able to pick a landing & still move forward w/o breaking my pace from the heal strikes. That Also Rocks!!! 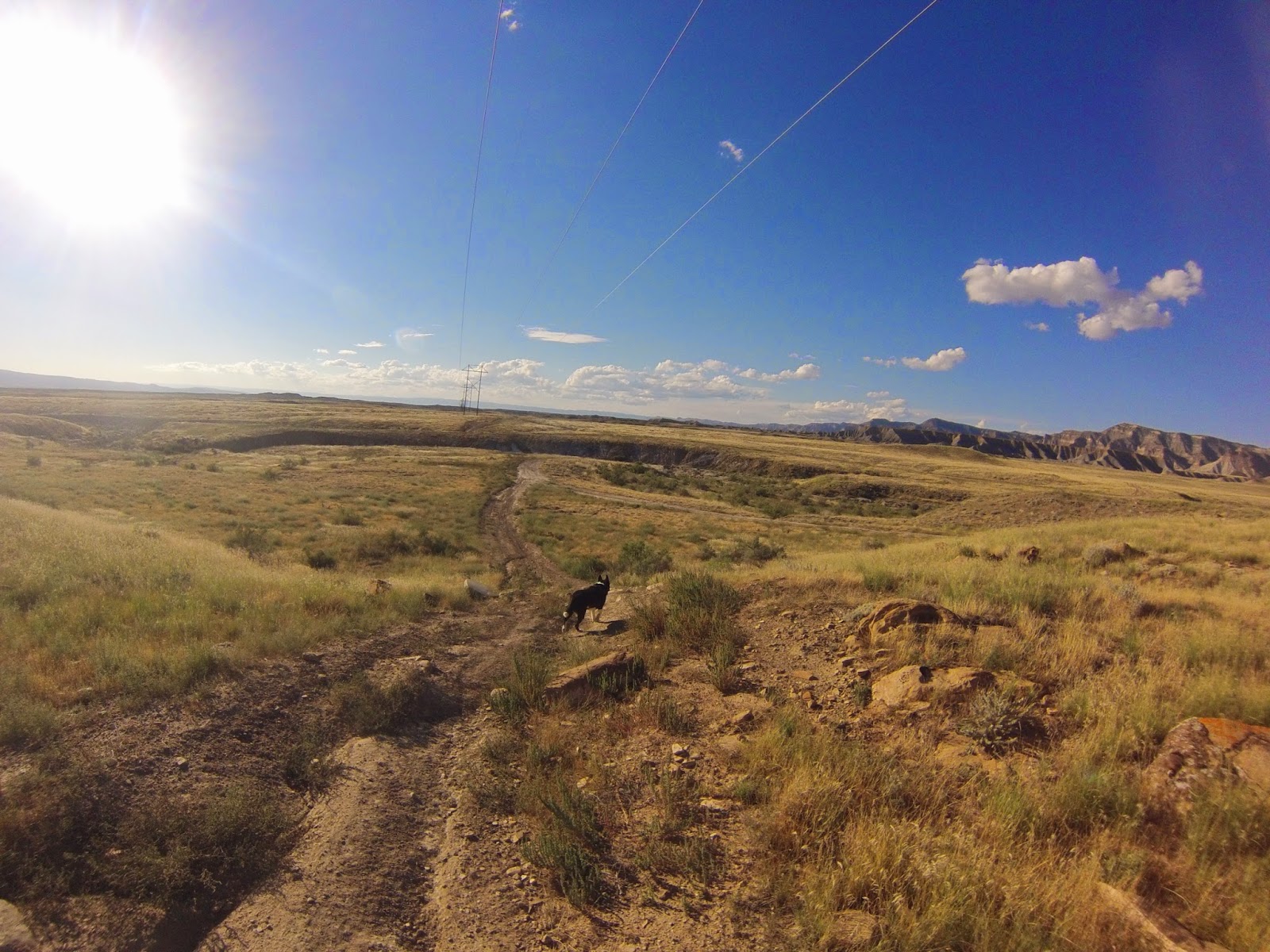 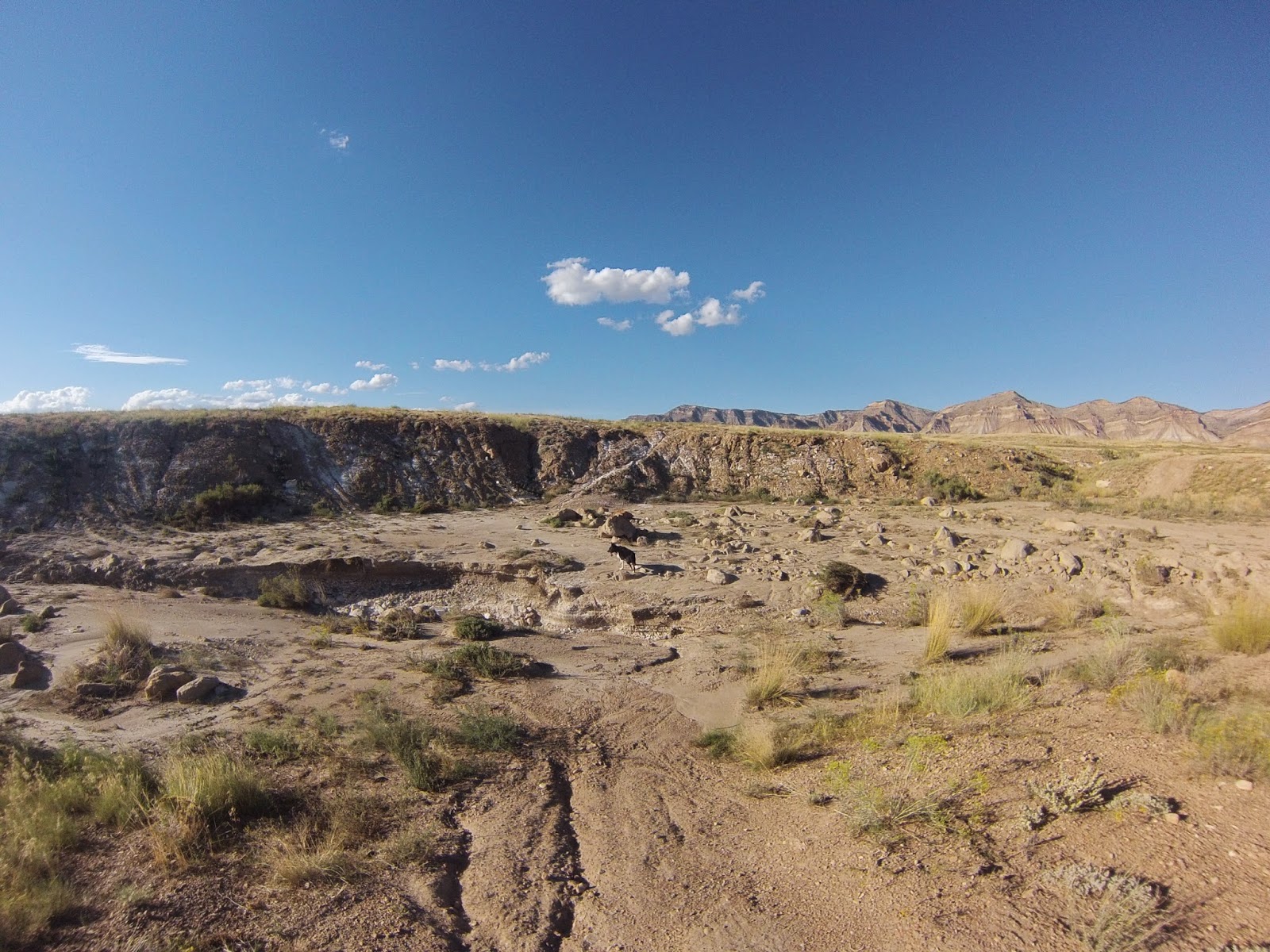 Here is another area that was flash flooded. Look at the size of the boulders that just showed up. Its really difficult for me to wrap my head around this transformation. This was a simple dip into the dry bed were your hitch would drape a little as the hood would crawl up the other side of the embankment. Now, its a sandbar!!! With Boulders!!! This place looks more like the moon than our local high desert of Western Colorado. 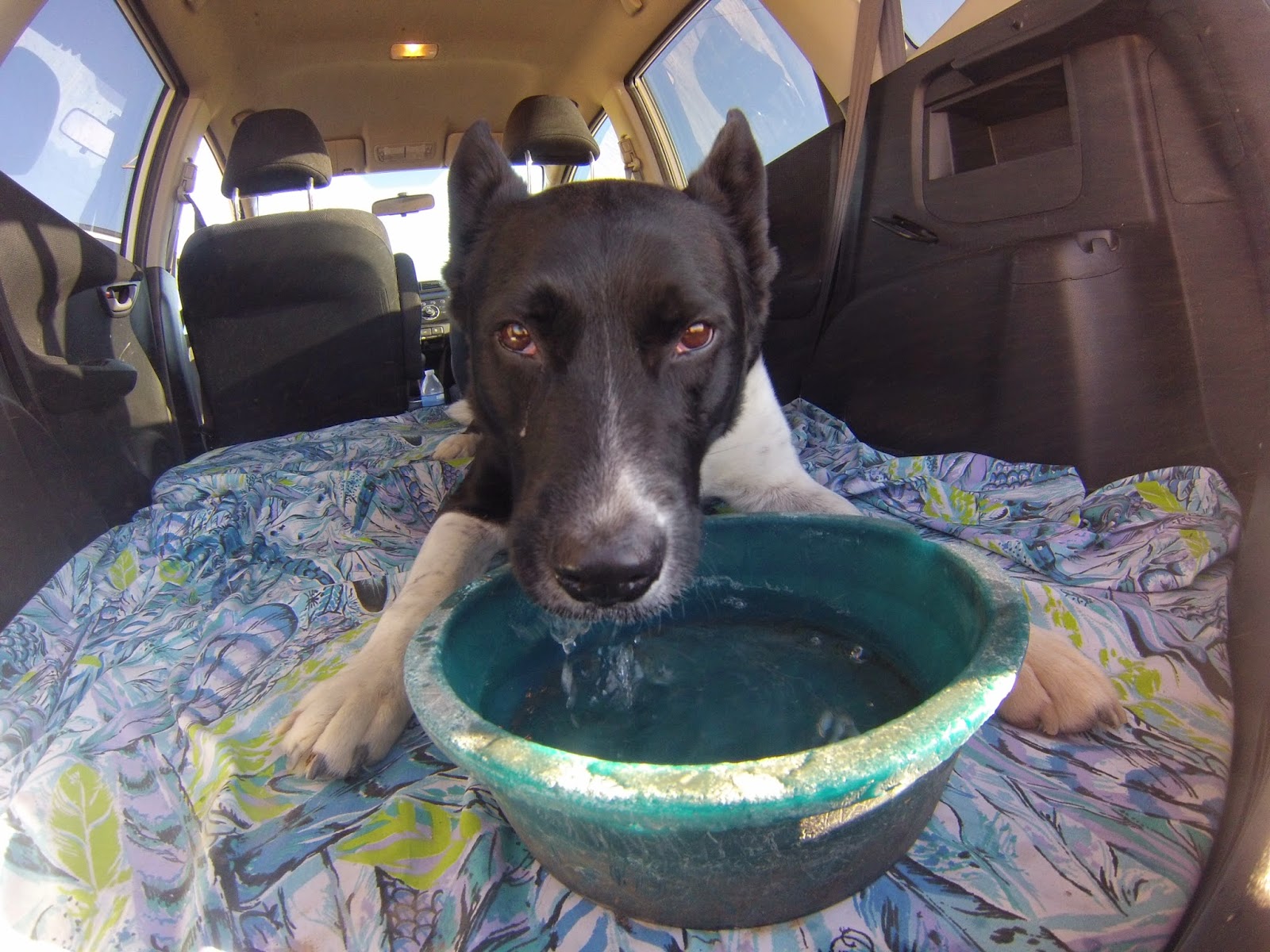 Have I told you how much I LOVE This Guy?!?!? He is always happy!! He is always free for a run!!! He is always happy to be by my side!! Shadow Boy, You Are The Best!!! Sunday, we run the Lunch Loops. My coach has me set up for a double digit trail run, not for time, just miles. Then, its the Saints, Formula 1 racing, a full BBQ for this weeks food, & no booze until the 14th of Sept.

How was your week??? What are some goals you are setting??? Have you had as rain as we have had this summer??? Big Hugs
Posted by The Padre at 8:18 PM