My Advice - Put on your seatbelt as this is a roller coaster for sure. In fact, this entry is for filing under 'later re-read' posts. My Thoughts , Two Cents , A Baptism Of Fire , Also Know As A Witch With A Capital B 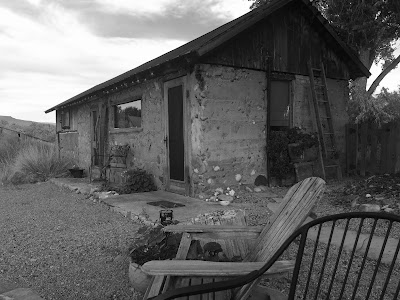 Zero Baby!! Sh*T you not and haven't turned on the Garmin in days/weeks. Commuter Bike, Yes. Grocery store, office, and house sitting jobs. But no effort rides. Speaking of watering gardens, the sky was raining ash while I was hand watering. Little tiny white/grey ash floated down like a winter snow storm. So Eerie!! Our valley appears to be Mother Nature's ashtray.

SO many little insignificant things are frustrating me these days. Every damn day for about 7 months the wind blew. 40mph head winds, 15mph headwinds in both directions, every time I was on the bike for any significant time, there was brutally Phuc-N winds. We now have the 4th largest Colorado wild fire and NO air movement??? 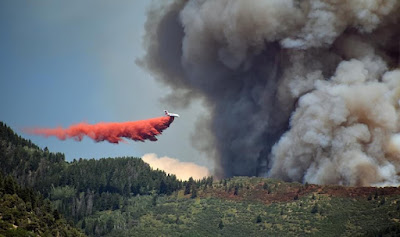 People running their autos A/C while parked. WTF?? The other day, parked in the shade, car at idol, windows halfway down/up, the amount of heat pouring out from their iron horses was unreal. The person behind the wheel was staring at their phone. Is it that difficult to get out of the car and sit under the shade tree?? To simply sit on Mother Earth and reconnect. Take off you shoes and EXPERIENCE the freshly cut sod. But no, the umbilical cord to our cellular phones takes precedent. False Comforts Of The Automobile 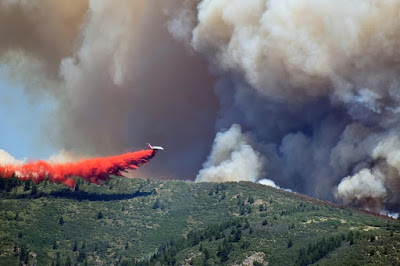 Cigarette Butts?? They used to bother me so much and now I see littered masks replacing discarded butts. The amount of trash EVERYWHERE is shocking. That poor old indian in the commercial would not just be shedding a tear, rather suffering from a stroke. 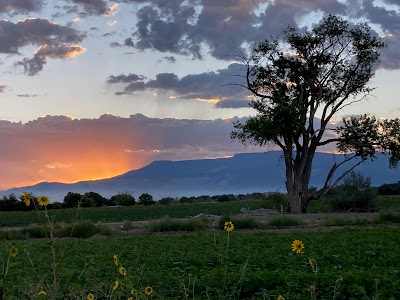 I know, first world problems. Struggling to let that SH*T go. My last road ride nearly 14 days ago took me all over this magical valley for just over 11 hours, 98mi/157.715km and 2,300ft/701m of climbing. The photo above was from Mr Sun rising in all its glory and the photo below was showcasing Mr Wind Maker blowing the smoke North Northwest. Miss Those Days 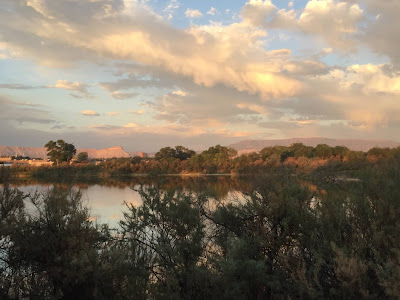 The grim reaper has been busy. Such A Bummer. I met Jamin through Craigslist back in about 2007ish. He bought, repaired, and sold refurbished MACs. He later became a full-time car mechanic and employed a number of wrenching characters. I rang him last November and he shared with me with a cracking voice that he was diagnose with stage 4 colon cancer. From that day on, never missed a day, I sent him a video of whatever I happened to be doing. On July 26th, video of a water fall from Ouray, "This is Jamin's Wife. Jamin Passed Away This Morning." 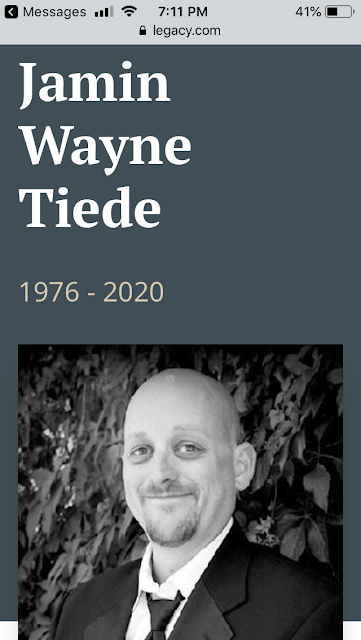 Then, if that wasn't a punch in the nuts, all my fears became reality when I stopped dead in my tracks reading of BLK Dog passing. That hurt my heart. Crushed my heart with eyes of tears. I never crossed paths with BLK Dog and only began following BLK Dog after life weathered him into a blind old happy lab. BLK Dog was very fortunate to have brilliant humans that met his every need and made him as comfortable as possible during these last few months. So appreciate every day as if its your last. Make A Difference 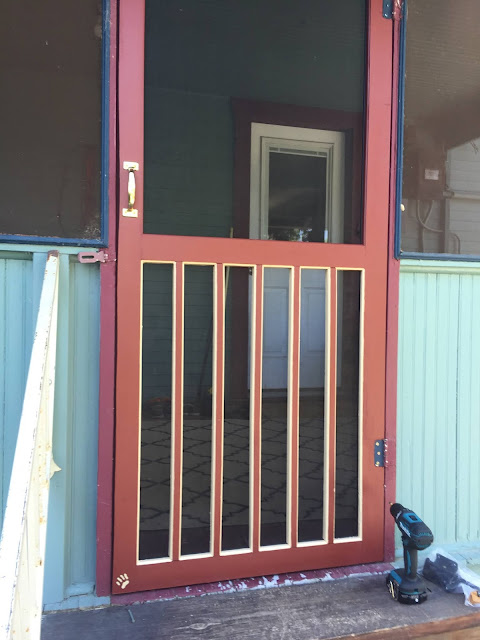 How ya like this replacement?? These kind folks were dog sitting and that poor dog became spooked and bolted right through their old screen door. Ripped the screen to hell. Originally, I was simply going to replace the screen but the trim held no integrity left to offer up. The upper boards of the older door were split from the scared dog's sprinting velocity and no amount of Gorilla Glue could cure this situation. Purchasing brackets, new roll of screen, thin trim boards, and my time was driving up the cost. Yikes 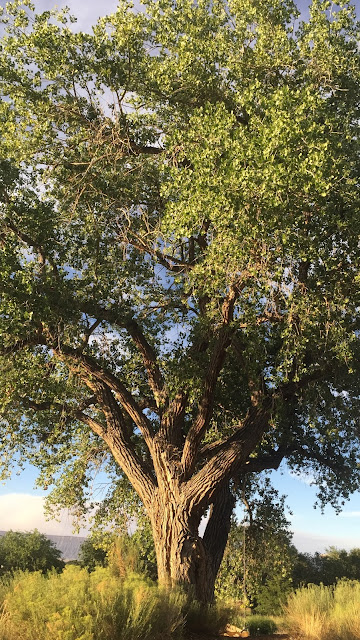 True Value Hardware had this brand new door on sale ( originally $119.oo ) for 40 bucks!! No Brainer!! Trimmed off the bottom, painted it brick red, chiseled out for the hinges, second coat of scarlet, added in the golden highlights, screwed  a new screen into the the frame, and added a paw print as a final touch. Impeccable Results 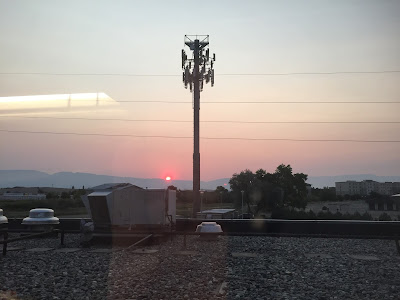 I have actually been in the office twice this past week. Once for a long time regular client from way back. Super basic tune up really. A tune up for the both of us. Second, someone I hadn't spoke with in many moons, reached out regarding neck issues. 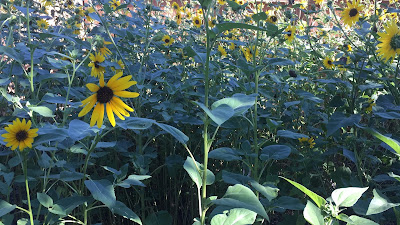 Regardless of how those sessions went, my attitude shifted for the better. For The Dynamic. For the What Else Is Possible Outlook. For True Enlightenment. Moving Towards Ease Without Complexities. One forgets how depressed about life's daily issues or fanatical measures or whatever when focused on task at hand. But my whole demeanor shifted after the first session. My mind was completely benevolent to my own dimensions until riding the commuter bike afterwards. I love the mechanism of the human body. Wake Up


Stay Strong Folks,
Cheers
Posted by The Padre at 1:01 PM