I need your advice. Both legally and constructively!! How do I engage with the youth while promoting the benefits from cycling?? How does one encourage kids to ride bikes to school?? Where the hell do I start?? All those questions were answered with one simple phone call. YES

The choking smokey valley has been my poor A$$ Excuse for the lack of effort riding the last few days. On the commuter bike, YES. But no real sporty miles to speak of. You know, the sun was in my eyes. Those who think they are at a disadvantage, as their assumptions put up barriers between themselves and the truth, it's the ones who understand their own ignorance who will learn the most.

And the hiking, most excellent. So many happy people on the trails compared to the concrete jungle of the city life. Everyone waves and offers a simple greeting when meeting face to face on a single track trail. There is no time devoted to political assessments. Polite humans do exist still. Who Knew 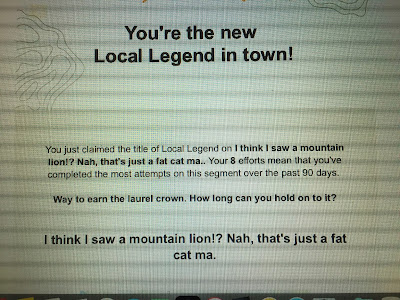 Strava sent this notice to me via e-mail. Had no idea?? But its always refreshing when receiving positive acknowledgment. When I really think about it, I offer these unusual beliefs that are surprising. It's those rarified ideas that open new thought processes and move me in a fulling direction. Local Legend 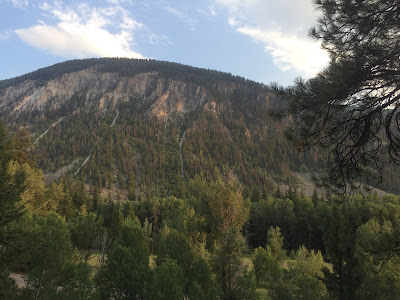 The triple digits are tolerable but the winds haven't been a favorite. The Western Slope has been windy everyday since January. Those poor pressure gradients are all mixed up and I am so thankful that I am not a migrating bird these days. Its Been Weird 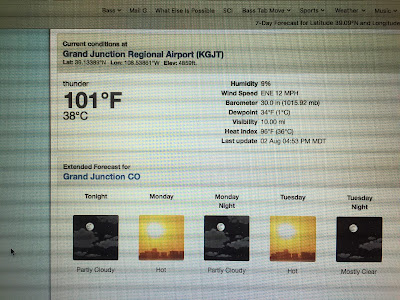 Before the smoke invaded the Valley, enjoyed a solid 5+hours in the saddle. Felt very strong all day and finally packed proper nutrition for inhaling while turning the cranks. I actually ate twice and consumed 3 liters of water while rolling along this perceptibly tangible long distance. This ride supersedes my awfully mercurial headspace. Not Bad 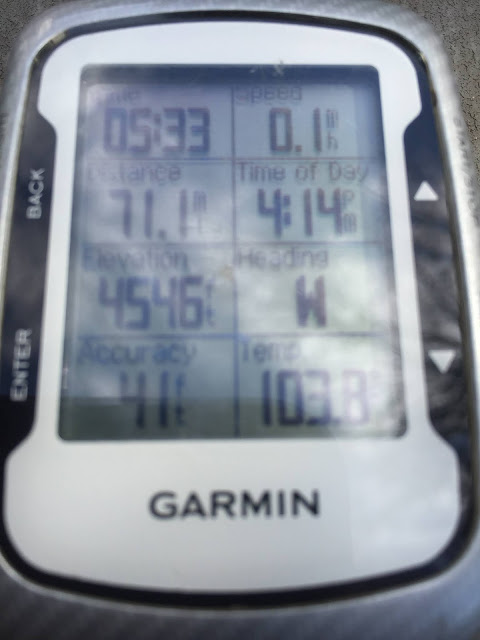 Sunday the 2nd of August was rough. Woke up way hung over from late night marauding around town on bikes. The Dude talked me into playing dress up and decking out the beach cruisers with holiday lights for a spin. So anyway, woke up early, threw the GT in the back of the truck, drove to Fruita, parked at the take out ramp there, and rode for 1 hr 14min INTO A HEAD WIND OF COURSE. The Dude was pleased we didn't have to shuttle vehicles before putting in. Nice 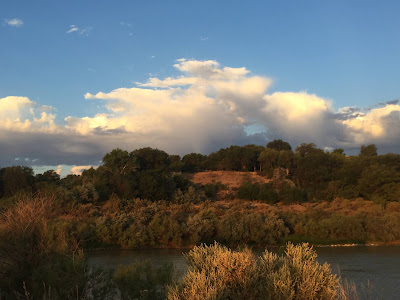 The float was truly radicle. Beautiful day for it. So many folks floating on rafts, SUP Boards, two canoes which seem to be an obsolete means of river transportation these days, and a number of groups locked up on inner tubes.

Here is a cool little moment, the older lady in the red jacket, she was very wobbly on her bike. I casually called out like I always do and spoke like I do with newbies. "Plenty of room." I reassured her. "I am in no hurry here." I then say while they regain control of their bike. We chatted a little and she informs me that its her 80th birthday and her son is leading her on a ride. Phuc Yes 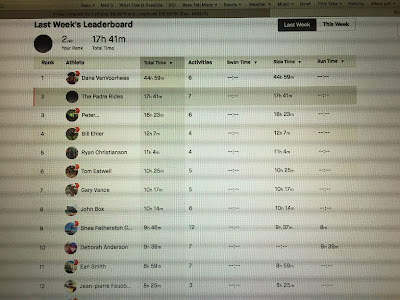 That lady Dana on top of the leader board is currently riding the Great Divide. That would be the route from Canada to Mexico. They obviously were not allowed into Canada but are having the time of their lives. So she clearly dominates our Strava group. Dana totally rocks in all facets of her life and I am proud to call her my friend for over 6 years now. 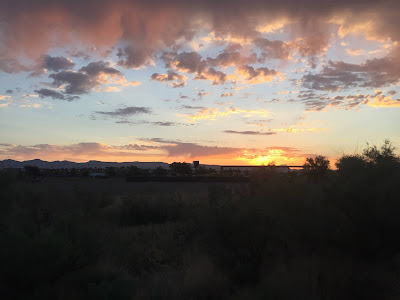 As for the numbers before the fire, 236mi /379km in 17 hours and 41 minutes, all before the 7th of August. So in my own world of make believe, back in the olden days, a normal 40 hour work week, I was on the saddle for almost half of that time. Classic

Here is my latest YouTube video from my old dinosaur iPhone footage. This particular video is just over 4 minutes in mesmerizing length. Thanx for watching as I really appreciate your support and feedback.

Be Well & Think Of Others,
Cheers
Posted by The Padre at 9:11 PM