Breakfast In Bed With The Grateful Dead 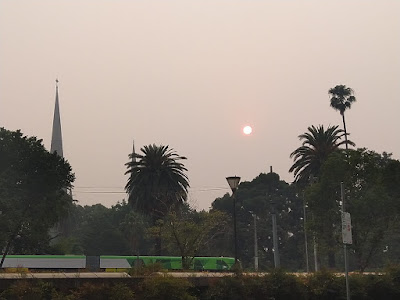 The Twins sent me this photo from Melbourne Australia. They were super bummed because they rode the train to their favorite 50m lap pool. Only to discover that it was closed due to air quality conditions. So I Sent Them This Shot 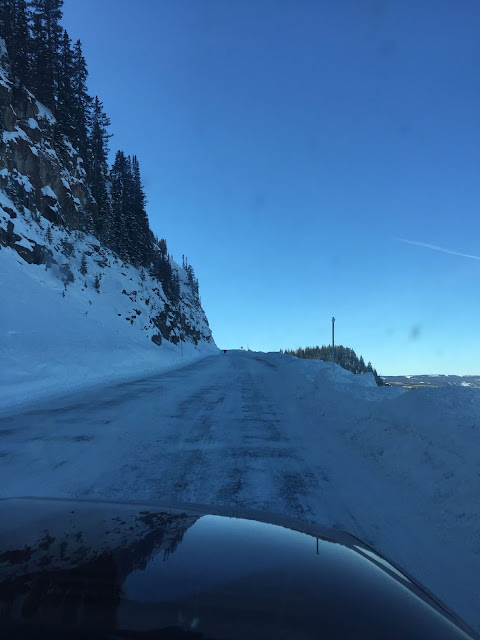 But maybe I should have sent them this one instead. Still leaving hearts in the snow banks and sure hope it makes someone smile as they bound on by. Or Maybe A Change Of Perspective 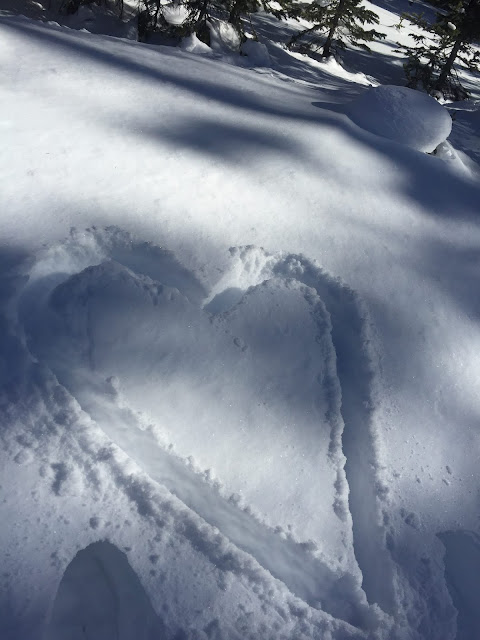 Poor old Doc has been pretty down and out because he made the decision put his Old Girl Greta down last week. 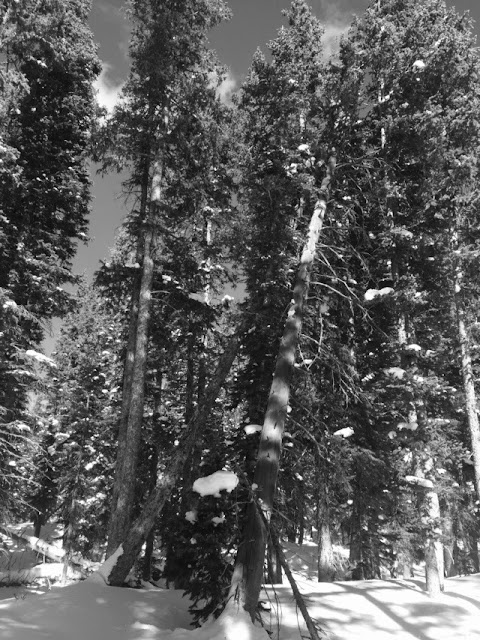 Time to get him out of the house, 10,667ft later, we were under bliss conditions of sunshine, fresh fluffy snow, and reminiscing stories echoing through the Ponderosa Pines. We stuck to the groomed trails but there was still crispy crunching sounds of snow with each step forward in time. 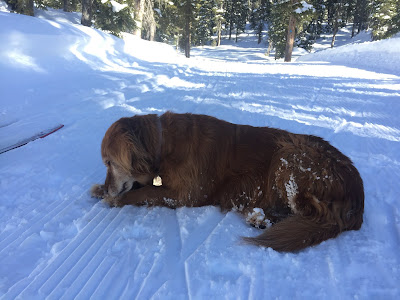 And then Lilly makes an appearance. She is 10 years old and was happy to trot along with her human. She was happy to come right to me for a pet and butt rubbings while her human and Doc talked about how they would correct all the worlds short comings. 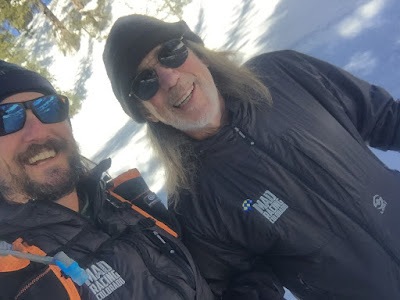 I took this shot of us to HASHTAG #LOKI LIVIN and then accidentally snapped this shot of my chin. Not a very flattering photo but I love the snow in the trees. What Do You Think ANDREW 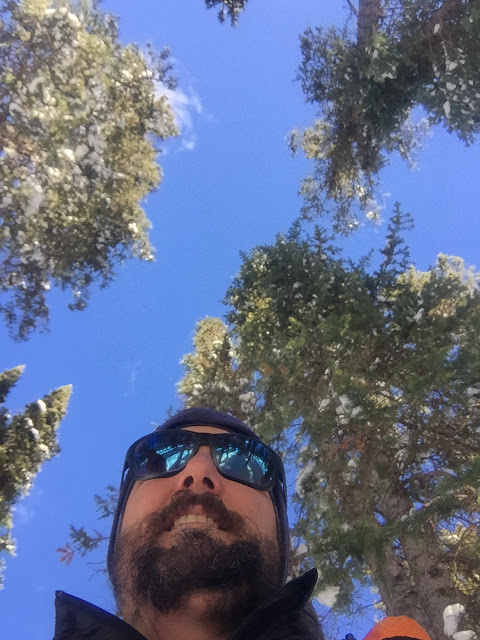 Here is the LINK to my latest radio show from Wednesday the 15th 2020. And yes PERTH, I prefer to stand during my show. The show officially started at 6am but I was broadcasting just before 5am. So this copy will start with The String Cheese Incident passing around a jam during Pretty Polly. Breakfast in Bed w/the Grateful Dead "starts" about 2min into this link and that link is only good for two weeks. 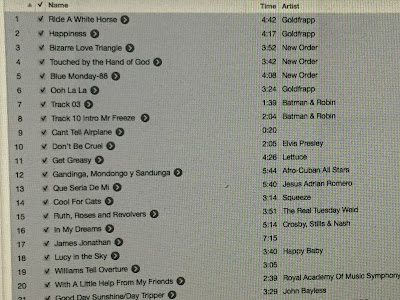 Excellent Variety Show!! I had a blast and throughly enjoyed the phones calls all morning. I "opened" the show with a TRON remix, filtered in Goldfrapp, New Order, Elvis Presley, Squeeze, Three Dog Night, Lettuce, Crosby Stills & Nash, and capped the show off with Umphery's McGee covering The Police with their rendition of Walking On The Moon. Throughout the show I mixed/overdub Batman & Robin clips, Airplane Quotes, and The DAWGS scene from the Guy Ritchie film SNATCH. 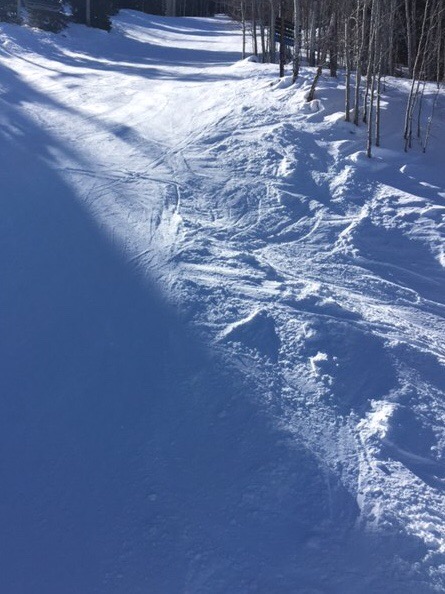 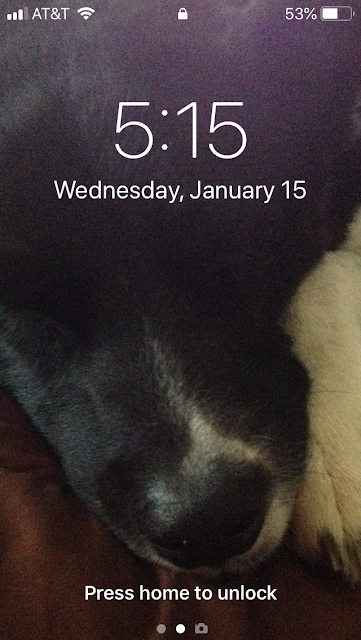