The 27th Annual Mother Of All Accensions took place in the Snowmass Village on Fat Tuesday. It was time once again to grab your snowshoes, hiking boots, or telegear and climb from the base of Village Plaza to Gwyn's Restaurant. Athletes in outrageous Mardi Gras outfits hammered up Fanny Hill with the first male crushing the 2,073ft gain in 34 minutes. 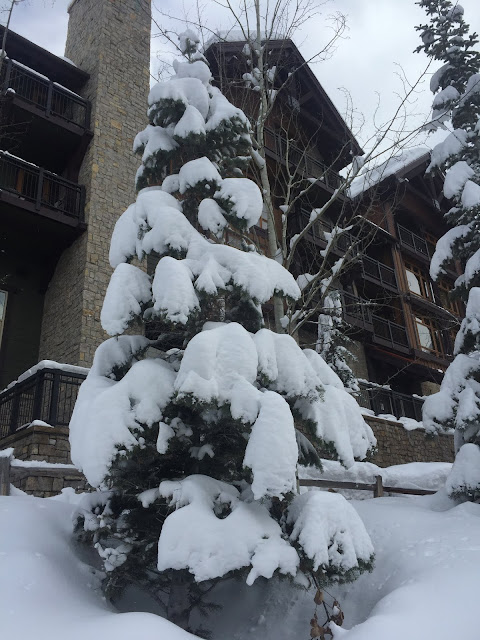 I mean JUST look at that evergreen draped with crystalized flakes. 18 inches of fresh powder blanketed Snowmass and damn was I delighted and excited. Well, companionship would have been nice. The bonus was a majority of the flood lights buried under all that new snow gave a glowing effect inside the snow banks. Well, it intrigued me anyway. 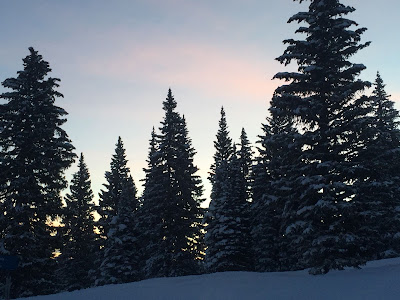 First Off, I was completely unaware by just how big Snowmass Mountain really is. What a gorgeous mountain and those slopes are so spread out across that northern face that it never really felt populous. I did come across a "Trail Through The Trees" sign and wished that I was a gifted skier. Looked Rather Enticing


RADIO SHOW:
Picked up a new time slot to sub and pretty stoked about it. I will be on air Tuesday night the 26th of March at 9pm. Its defiantly not the most desirable time slot but the later evening shows allows for stretching the boundaries of the listeners imagination.  Hopefully that captures your attention and leaves a little mystery for the High Riser.

I am considering a show featuring live shows but in a very interestingly delivery format. I am contemplating a journey of sorts for the listeners while painting a picture of the options. Could be difficult under radio broadcasting terms but I gather that I have it in me to pull off this creative endeavor. So Plan On Streaming Live

ORTHO:
Worked on an endurance athlete that actually has no body fat what so ever. It was fascinating for me. As a practitioner, so cool actually following the Rhomboids superiorly and clearly SEEING the Trapezoids up into the neck at their attachment sights.

I see very few Serrates Anterior Muscles and theirs were so well defined and pronounced. The entire upper torso was chiseled out before my eyes. We executed neuromuscular releases throughout major muscles group. This particular practice takes patience and eco-pressure. Neuro work is performed by working through the entire belly of the muscle. I begin at the attachment of the muscle with agreed pressure and the client contacts that muscle. I move like less than an inch towards the insertion point of that muscle and they contract again. I make those micro movements and they contract and breathe after each of my movements. Such as, belly of the brchialis ( under the bicep ) takes about 7-10 minutes to work through.

An ortho client had some blood work drawn as a part of a route check up and bruised up badly. We worked the Lymph Glands near the armpit first so that the glands would open up to receive some stagnate SH*T that would be coming up stream.

I then "raked" their skin ever so lightly and followed that up with a basic four-way release pattern. I finished up the session with some Langer's Line releases. They skeptically asked," Was That It?" I smiles and replied," Told you that I had no intention of hurting you, right?"

The next afternoon, they sent me a photo phone text of their elbow. Their caption, That Voodoo Stuff Worked Wonders!!

Its always rough for everyone involved when it comes to cancer clients. But its more than awful working with a child full of the Big C. Its solely up to me to make the best of, not only the session, but the situation. Not everyone wants to hear from a jokester but not everyone wants to deny the tension of silence.

I have noticed over the years that children with cancer are pretty much exhausted after about 20 minutes of an Orto-Bionomy session. So I happily work the parent onto the table. Usually neck and feet work for them and have never charged family members for the extra attention. That's A No Brainer

Other than those two, the office was quite normal and perfect in its own way. Been experimenting a lot more with spirals and supporting the nervous system a little "longer". Have finished a number of sessions with Real Time exercise and that seems to go over well. So That's Cool


CYCLING:
Riding my bike, even when I am a bit unmotivated, offers such beauty at times. Both visually and internality really. There ARE those days when finding that rhythm or groove releases that rush of endorphins that pushes me over the edge. Maybe its the closest comparison to flying without taking flight. Specially when a tailwind aids in on the joy of simply riding a bicycle.

The clearing of the mind is nice and all but its really enjoyable to ride with no real destination in mind. Like a quick trip up the parking garage's roof ( who cares really ) there is always something new to witness or ponder over. Then, free ride back on down and reintegrate back onto the mean streets of GJ. HA 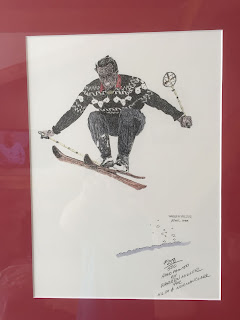 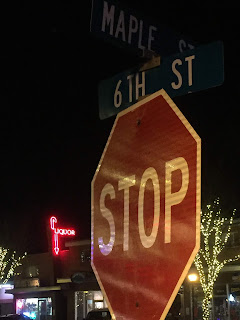