All of these photos were shot on an iPhone6. The location would be the Powderhorn Ski Resort just above the town of Mesa Colorado. 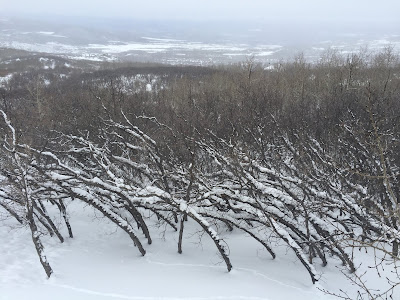 Off the back balcony looking north but down towards the town of Mesa. Ideal backdrop for sipping my morning cups of joe , my evening wildlife viewing , and possibly napping while apparently reading my latest ( 3rd attempt on this particular ) book. So Devine

Thursday's agenda centered around course marking and packing down the alliterative routes. Its a damn good thing Klishy & I accomplished this feat as we had no idea what we were in store for. Mother Nature lightly dusted us all day Thursday but nothing really measurable.

I woke up way early of course, my mouth dropped. Thinking that I was headed outside to create yellow snow, there was 12 inches of fresh , wet, heavy snow. Mother Nature PUKED snow flakes throughout the night and continued to lightly snow all day Friday. Just like the day before.

Friday Nights Snowshoe Race Was Spectacular!! Think About It. Night "racing" through snow covered Ponderosa Pine Trees and full illumination provided by the silvery moonlight. One slight problem was that all of our markings were burned by Thursday's front and I spent the afternoon remarking, digging out flags, and repacking tracks. Not Complaining At All. I took Doc with me and this was his biggest snowshoe adventure with me yet. 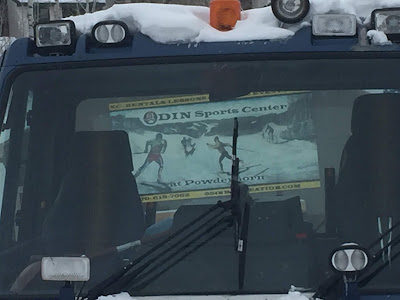 Saturday began with the early morning skate ski racers and those studs made everything look effortless with their fluid pulls. Their lap times were much quicker than anticipated, even after another 8 inches of fluffy dry snow.

The Fat Bike Race was fast!! I expected that the hills at elevation would totally suck but these monsters nowadays absolutely fly up these climbs. Unreal Really!! Those folks tore up the 18.6 mile course in 42 minutes. Well, 42 minutes for the male leader. Impressive under fresh snow conditions.

Super excited about Sunday's race is an understatement. The mountaineering portion of the course was way creative as Klishy & I trekked along the creek, through leafless groves of Aspen Trees, and those groomed trails were fast as all get out. The transition area was accompanied with tunes and onto the Fat Bike you roll around the perimeter. The last event of the race was a sweet snowshoe loop through fresh powder and coolness. HA

We basically based Sunday's event off a triathlon style of suffer fest. The participants we stoked!! They clearly worked for it and even managed to throw their hands in the air as they stumbled across the finishing line.


CROSSFIT:
Much better experiences during the final week of February. Unfortunately, I Have No Core. If you had randomly asked me about the strength of my core, I believe that I would have responded with above average. Today, PISS A$$ POOR. I was shown the proper technique for a handstand pike position with an exercise ball under your shins/feet. 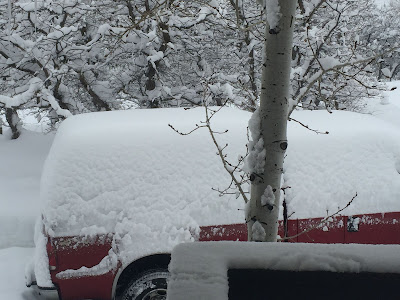 I couldn't do this!! If my head was inline with my arms, my knees were bent. If my hips were in perfect position above my torso, couldn't pull my head through my arms. Then, fatigue set in and I couldn't control the ball with my feet. I was all over the place but someday will execute this simple maneuver. Someday
Again, my coordination just isn't the best. We stood in the squat rack and performed basic lunges. The concept was stepping back with one leg while keeping the bar ( no added weights for me ) directly over the bent knee and back to a standing position. My hips responded as if they were drunk. Like No Balance. The good news was my last few reps of 6 per leg were a wheeeeee bit better and controlled. Sort Of
Ortho:
A very odd situation played out yesterday. Not just one but all of my clients on this particular day wanted to share the drama from Michael Cohen's testimony. For me, I don't believe he had anything to say that we the public weren't already aware of. But what was weird for me was just how obsessed these folks were and really were unable to let it go. Of course I allowed them to discharge out the mouth. Regardless of my own personal views or opinions, sort of bothered me.

Cycling Legs:
My old body feels better damn good these days. I have notices the lateral side of me knees are a bit stiff after 30+ mile rides. They quickly loosen up during morning calisthenics which tells me that I am in need of a proper bike fit. Sh*T, a new road bike would be ideal.

My River Trail rides have been sponsored by Bald Eagles baby. I am mesmerized by all the birds of prey here in the valley but nothing like watching Bald Eagles in flight. The Falcons are cool, the Red Tail Hawks are hunky-dory, but Bald Eagles are in a class of their own. Can you tell that I live in my own world of make believe 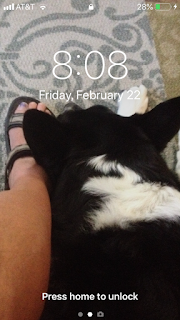 GOALS:
1) Obviously A Pike Handstand Using The Ball
2) Way Busy This Month With Two 50 Milers
3) Tilling Up The Garden Beds At The OM House
4) With Our Heat Wave, Tackle Two New Trails
5) Possibly Flirting With A Break From Coffee 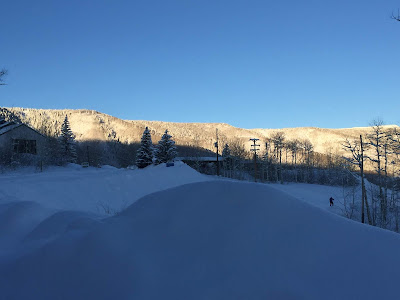 I Do Appreciate All Of Your Comments And Thanx To All 89 of YOU For Streaming My Radio Show,
Cheers