This photo recoiled my neck and rattled my noodle. I just happened to have recorded my 500th activity and that lead me into investigation mode. For ALL of the calendar year 2017 - 295 Hours - 3,067.2 Miles - 39 Personal Records - 439 Activities 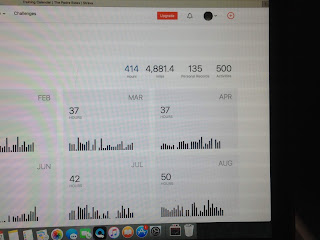 Thanksgiving turned out to be a much bigger surprised than I expected, or at least thought that the day might flow. I definitely rode a roller coaster!! But it was the way it was. I was lucky enough to start the morning off completely alone. I was originally nervous about being alone but I worked on tasks at hand and made the best of it.

I wasn't expecting The Dude to walk in before the 3pm hour. Again, another surprise that holiday gatherings offer, The Dude walked in just after the noon hour. SCORE!! He was thinking about cracking a brew and I had been pounding H2o all morning. So Game On. Cranked up a VERY random CD selection while we prepared a variety of dishes.

About that time is when I was FINALLY able to shed my old skin and allow old engrams to release into that space. Some might refer to that space as the Universe. I'm Cool With That

Now imagine if you will, think back to when you were about 8 years old, sleepover with friends, now I can continue. My Uncles morphed the word booger into a Movie game that became infectious. Hope you catch it!! We started replacing ONE word in movie titles and our bellies hurt for days because of the laughter. Have You Thought of ONE???? Comment Below, Don't Be Shy!! 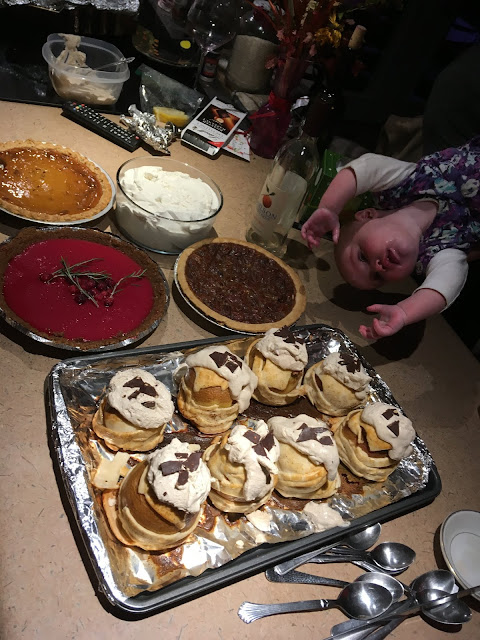 Fist Full Of Boogers, A Booger Named Desire, Bridget Jone's Booger, My Cousin Booger, Attack of the 50 Foot Booger, Black Booger Down, Gone With The Booger, And MY PERSONALLY added and favorite, Willy Wonka And The Booger Factory. This went on randomly like those CD's playing all night. Stupid humor BUT outrageously funny. Seriously, go ahead a comment below with your rendition. Play it forwards OR backwards. Example - Booger Night Fever or Saturday Night Booger

I am telling you, I had no idea how depressed, sad, and worried I was about this day. Also, my feelings had just been totally crushed and pissed out the window on me. But having Uncles to celebrate our youth with?!?!?!? WoW, Laughing Is Amazing!! Giggling like school kids again was righteous.

My spirits were lifted and my heart felt a happy little beat again. Of course the booger game didn't stop there. It rolled into book tiles and eventually made its way into song titles. Come On Now, Comment With A Movie, Book, Or Song. Example - Dan Millman's A Peaceful Booger or The Beatles, I Want To Hold Your Booger. I'm still cracking up!!! Being Dumb Is So Damn Fun At Times 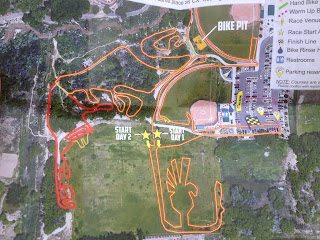 And Now, another cyclocross season is in the books. How ya like THAT turkey there in the soccer field?? Definitely my favorite venue. 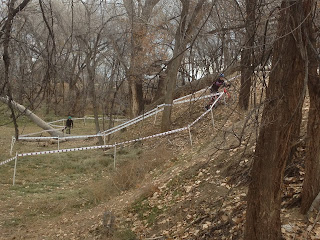 Plenty of options, places to dismount, and super fast straight aways for burning up that cardiovascular system. The Grand Valley saw rain, snow, & wind. It was a true cyclocross weekend!! 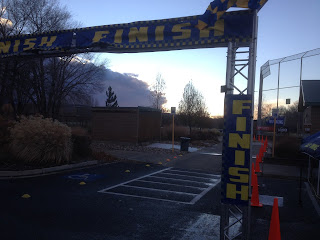 RADIO SHOW: Here is a big update. I hosted my first show without The Boy Dog coaching me through a good nap or with a revolving door of volunteers handing out butt rubs. He absolutely love walking to the station.

I had previously been in the station and thought that I would be able to keep it together. I rode the bike on down to the station by about 5am and I am glad I went early. Within about 5 minutes of being in the broad casting booth, I cried like a baby. Not having The Boy Dog felt so awful and empty. I miss that guy so much. But it was way too late to call in sick so I pushed some Wide Spread Panic over the airwaves until The Motet felt alright.

I then "started" the show at 6am and stayed focus. https://www.radiofreeamerica.com/show/morning-muse-kafm-community-radioThis is the link that will be good for the next two weeks ONLY. Its a free link!!!

I featured the late 1970's TV show Mork & Mindy. It was mostly a B-Side Classic Rock show with Mork soundbites mixed in. A well received show. Sh*t ton of phone call ins. A number of texts that stated the obvious, Welcome Back. I passed on talking about The Boy Dog over air and simply focused on remaining present and upbeat. But damn I was pleased hearing from listeners. Considering Mork & Mindy "took place" in Boulder Colorado, all the calls were folks reminiscing and story telling of Robin Williams. Way Cool

I have listened to the show and you can clear hear my voice start to crack a few times but I held it together. I drank a lot of water and took deep breaths when those emotions started creeping on into my mind. And for some weird reason, as I put on my helmet, about to leave the building, my guts knotted up with emotions that I was suppressing all morning.

A majority of my ride was rough and watering eyes makes a ride just a wheeeee bit treacherous.
So Overall, I enjoyed the show but not looking to pick up another show anytime soon.

Hope you leave a booger comment, hope you stream the radio show, & stay hydrated,
Cheers
Posted by The Padre at 2:36 PM