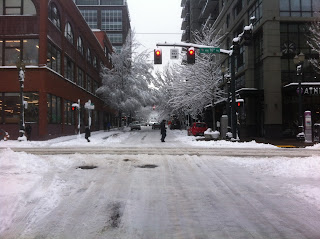 No Cars!! Most Righteous Walkabout Ever!! I can't even begin to tell you how many Michael Jackson One Gloves were laying in the snow during our 5 hours of "walking" around the city street. 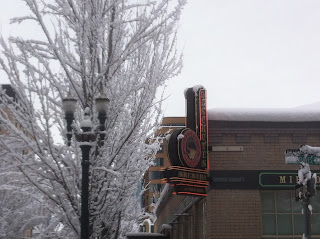 Passed On Deschutes Brewery and Entered the amazing Rouge Brewery. The bartender didn't even say hello, just gave us a free sample of the Yellow Snow IPA, comes back to ask us what we would like to sample next. AWESOME!! 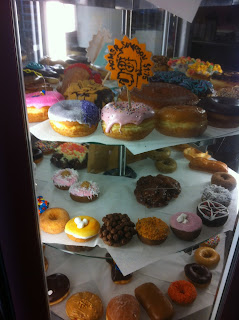 After those samples, I stayed local, Dead Guy Ale on tap. Stopped in the famous VooDoo Doughnut shop and NO line out the door that day. And how do they get away with not paying out royalties to The Simpsons? 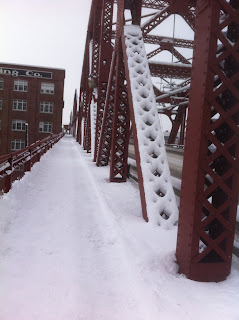 Lets soak up this shot with nobody around. I'm telling ya, this city shut down. Wish I had a drone because these arial perspectives would out of this world. The bridges are well lit up, snow covered trees are reflecting so much of the light pollution, & nothing is plowed or shoveled. The footage could possible be a medal recipient.


Heading out now, staying in a new location the next two nights, & seeking the best possible outcome.
Cheers
Posted by The Padre at 12:56 PM