The Belly Up in Aspen ( w/fees ) were charging $75 damn dollars a night during the 2 night run of Umphery's McGee. Unfortunately, I am just not that rich even though I feel like a million bucks. So on the night of Pi, $22 to see Umphery's in Salt Lake City, $41 for the room, and $12 for parking. We were never charged for the parking, score!!! 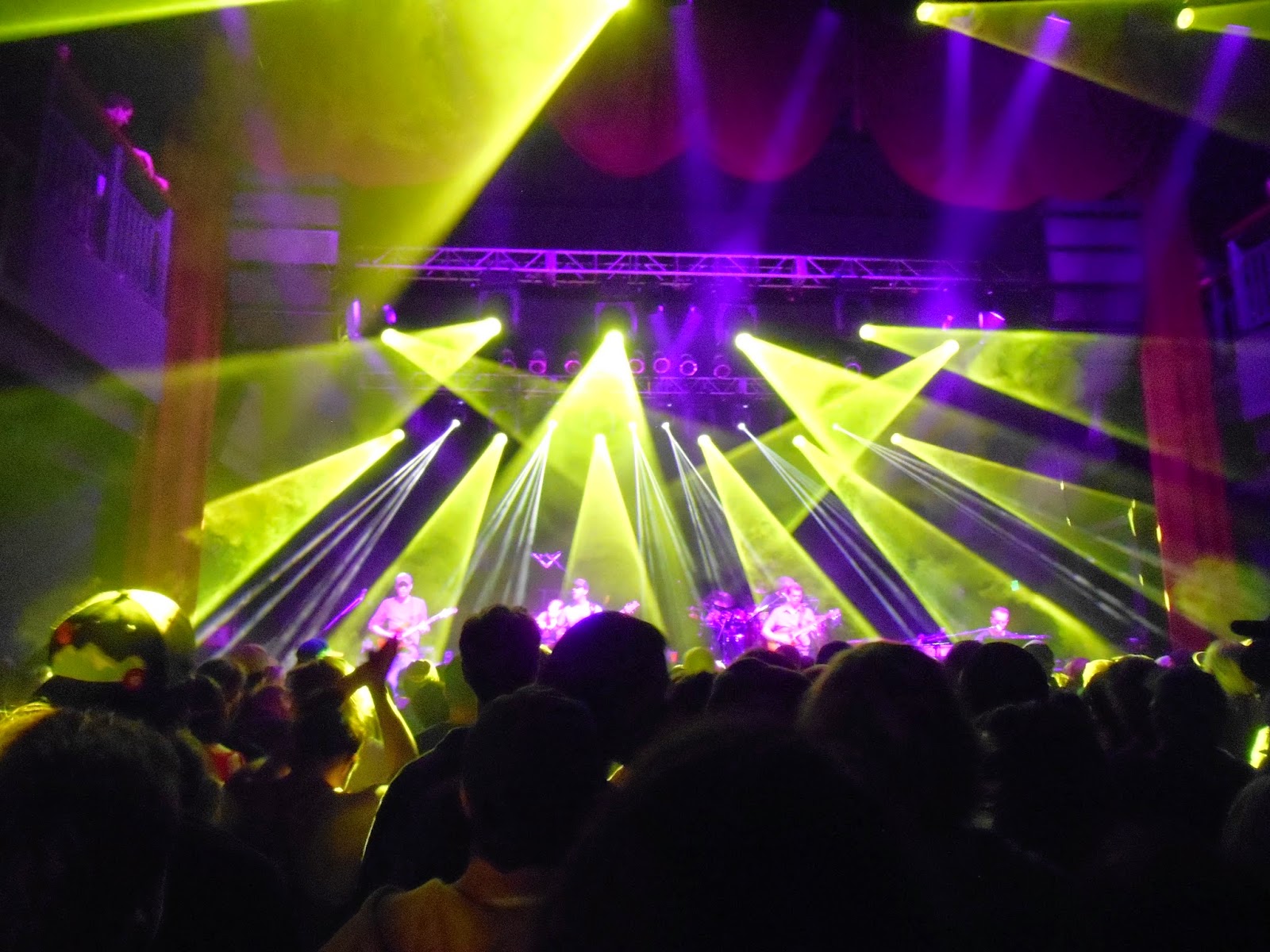 Like I had mentioned, lets just rock, UM came out and blew the place apart. If you were a big hair 80's metal band fan, this was your kind of show. I don't believe that UM sang a song during the first 45min of the set. They didn't waste my time by asking in between songs " How are you?" and crap like that. They gave us our money's worth and just jammed out like rock stars. 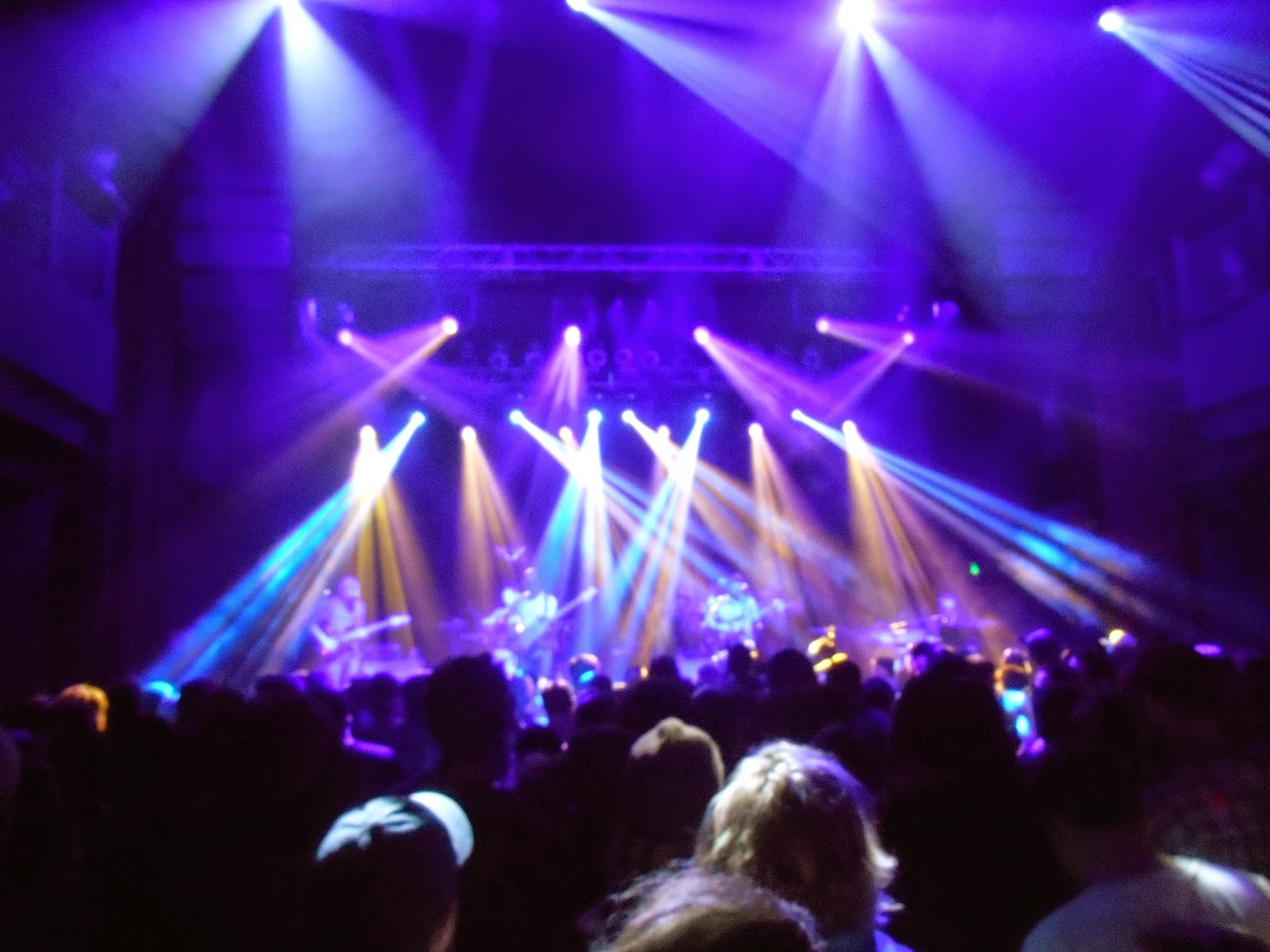 UM comes out and matched the house music and just ate up the song Goonville > Eat!! I was so stoke by this time!!! UM is considered a Jam Band. And thats exactly what we got. A Jam Night with UM!!! 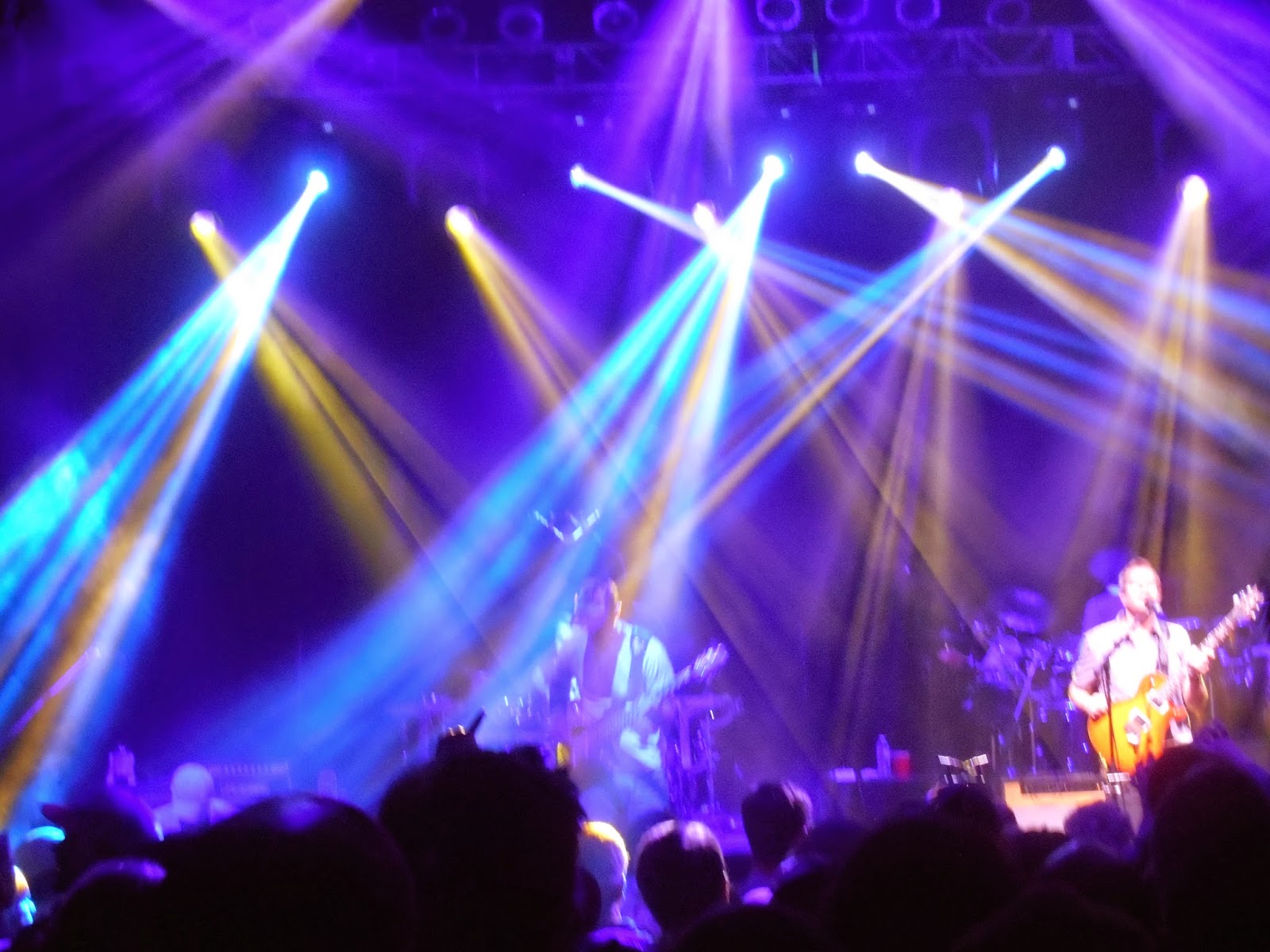 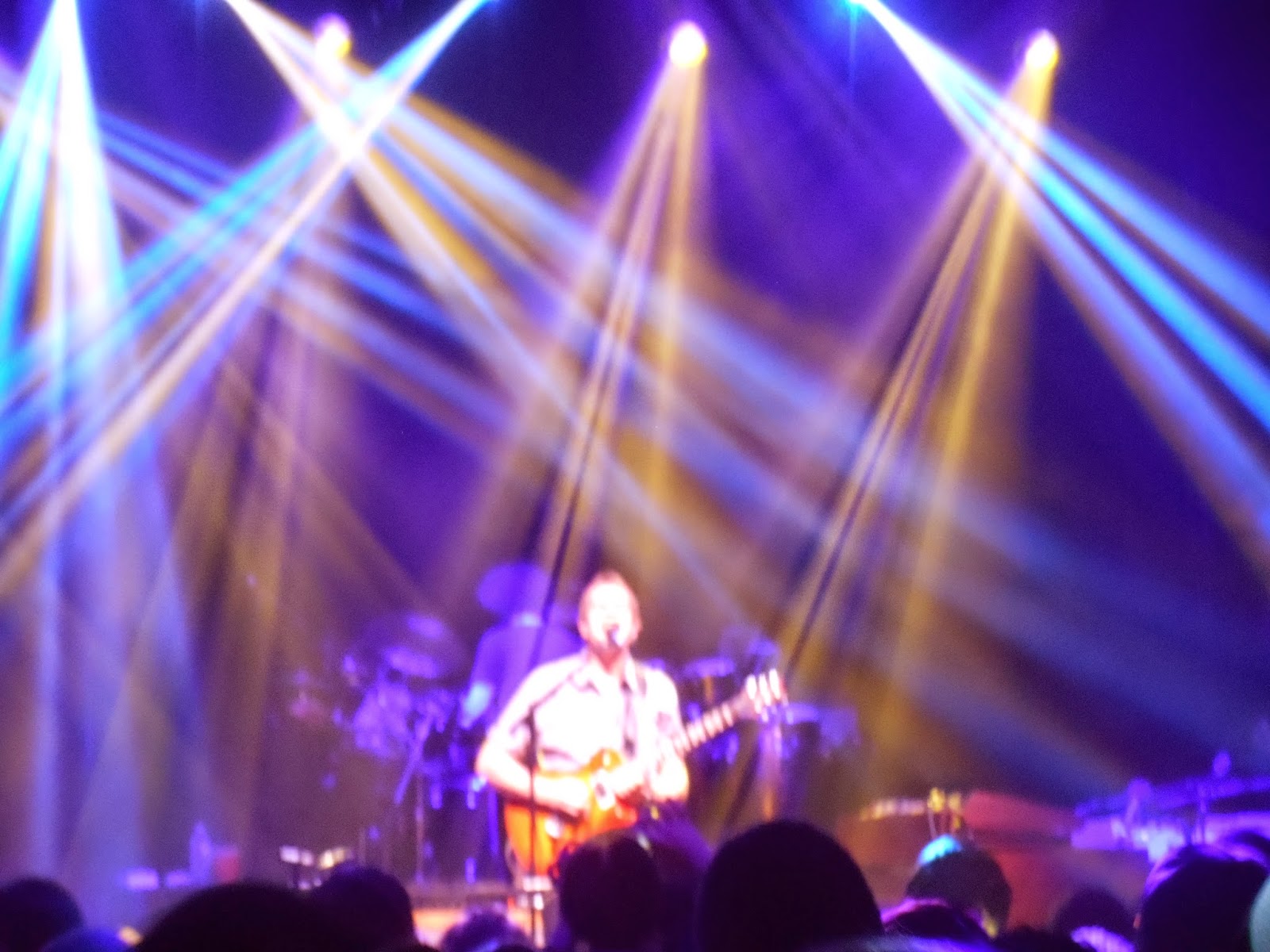 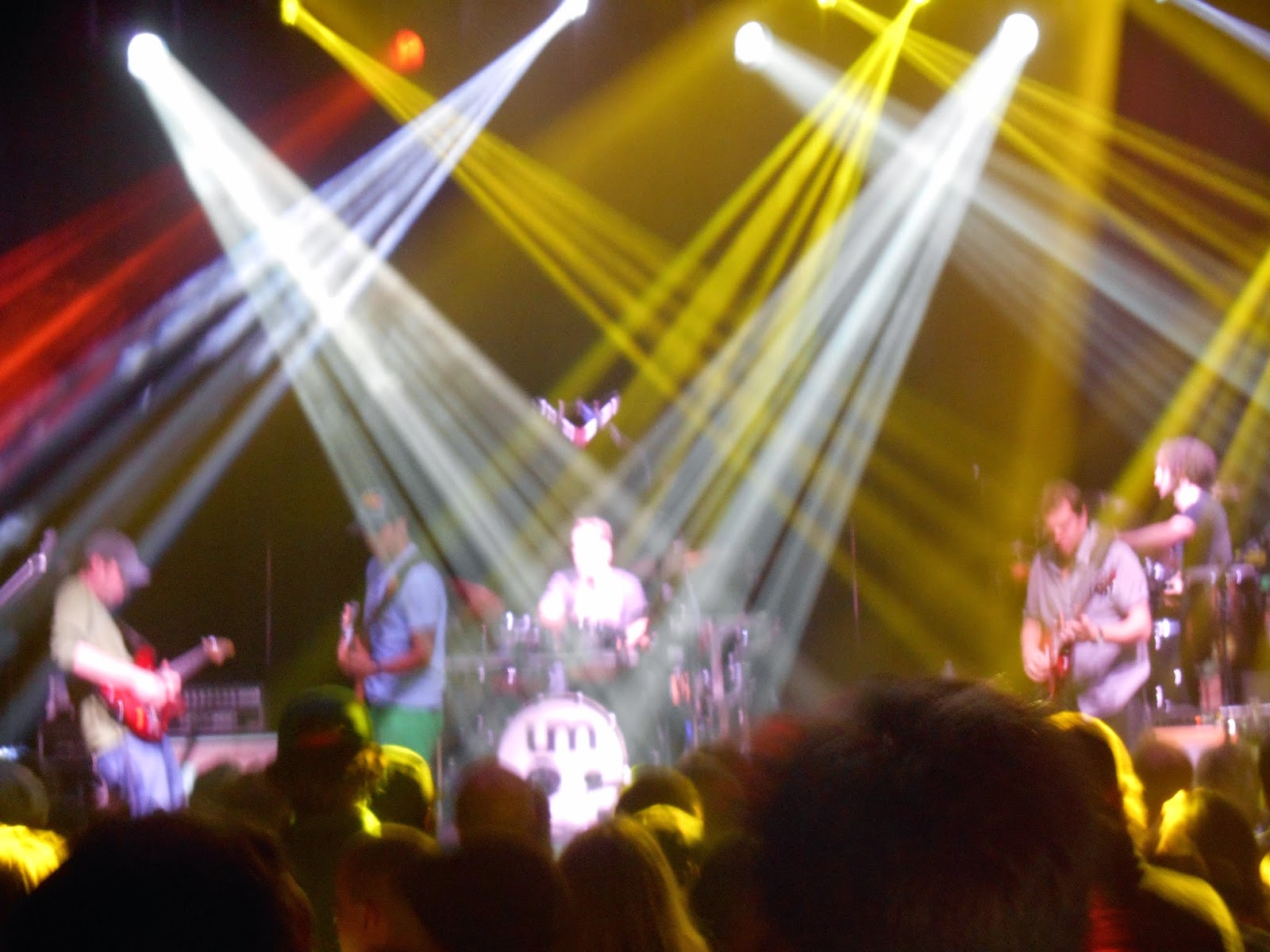 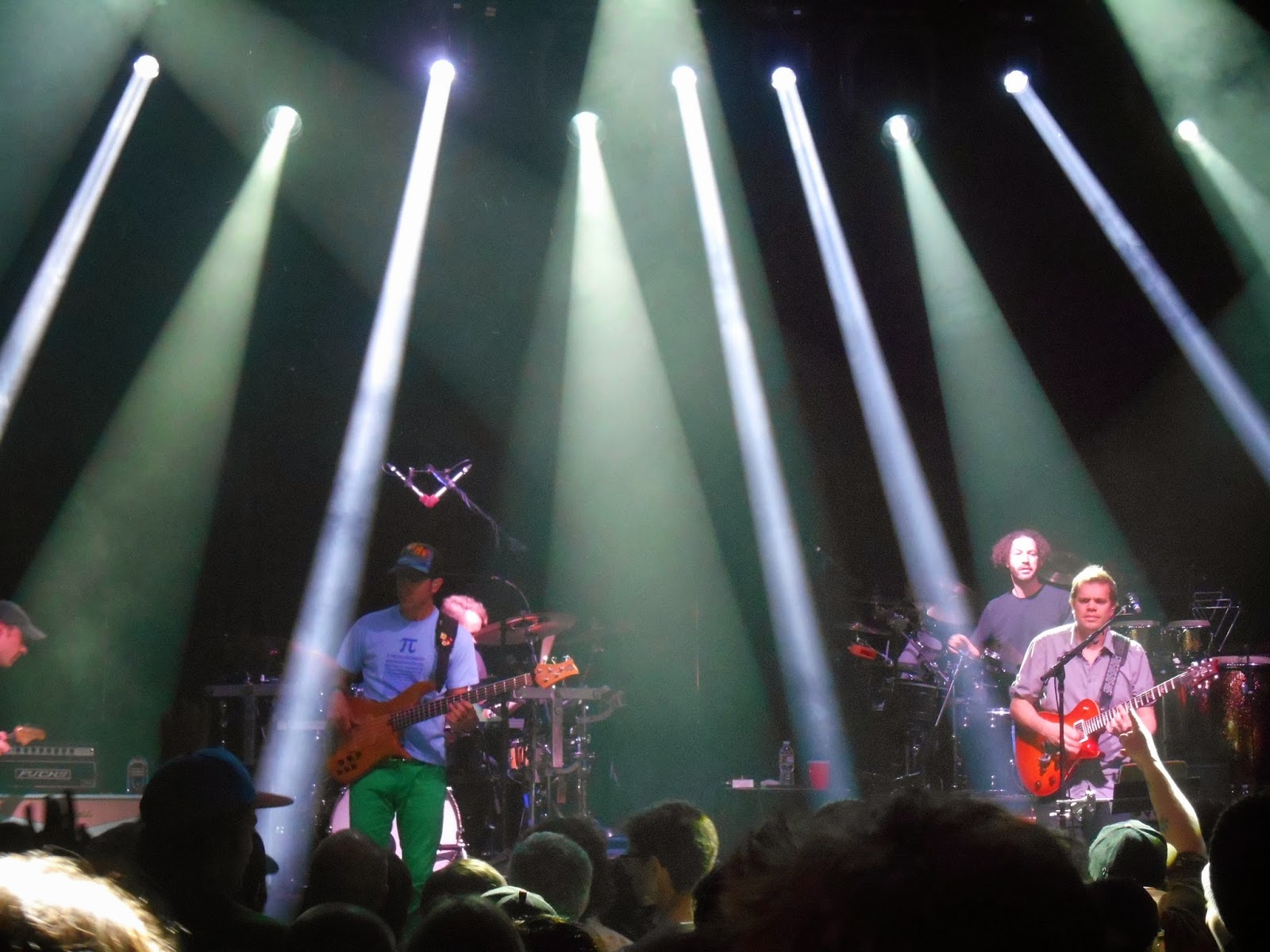 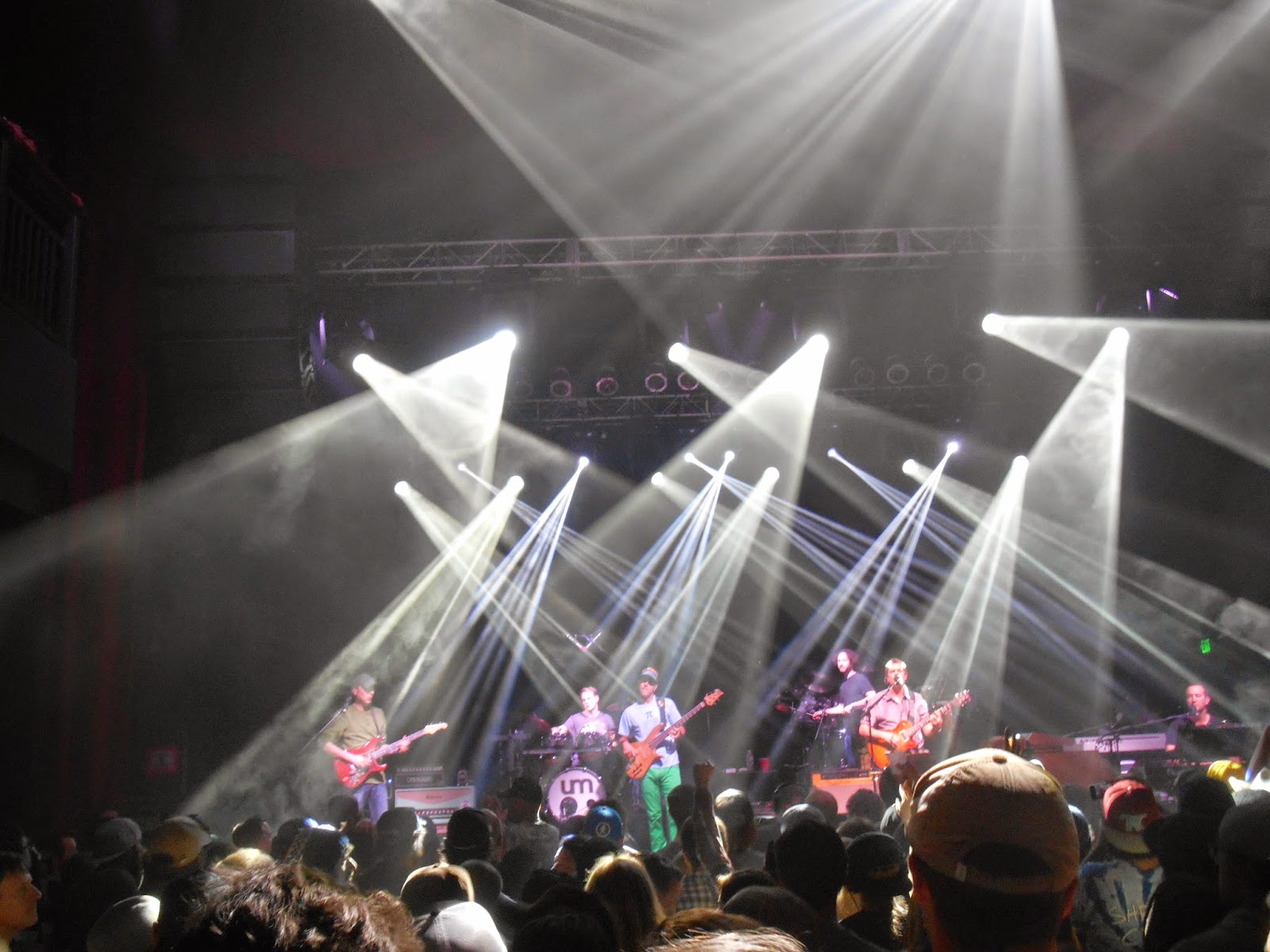 Second set was more of the same, faster, harder, and just what I wanted. A true Umphery's McGee show!! 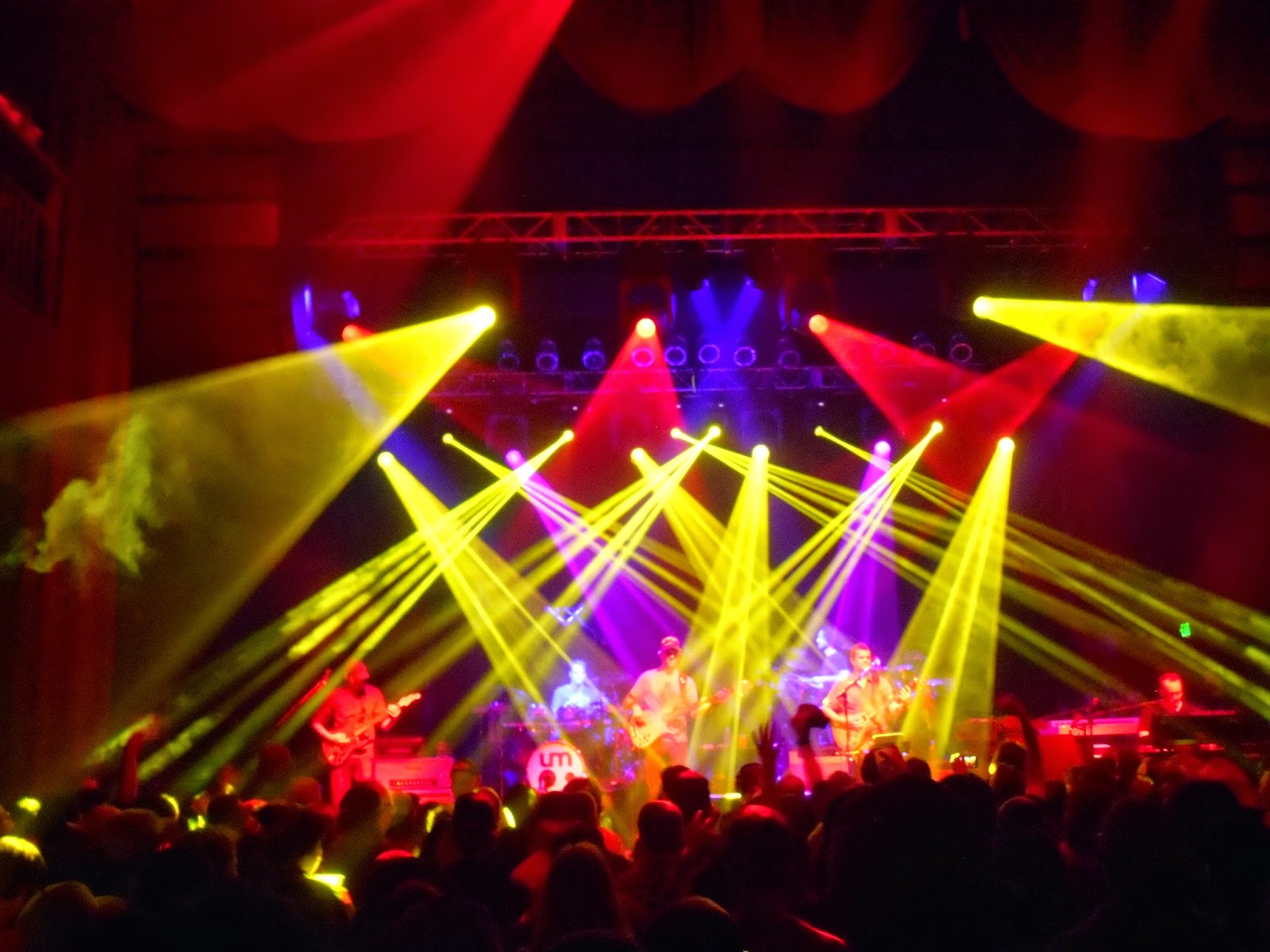 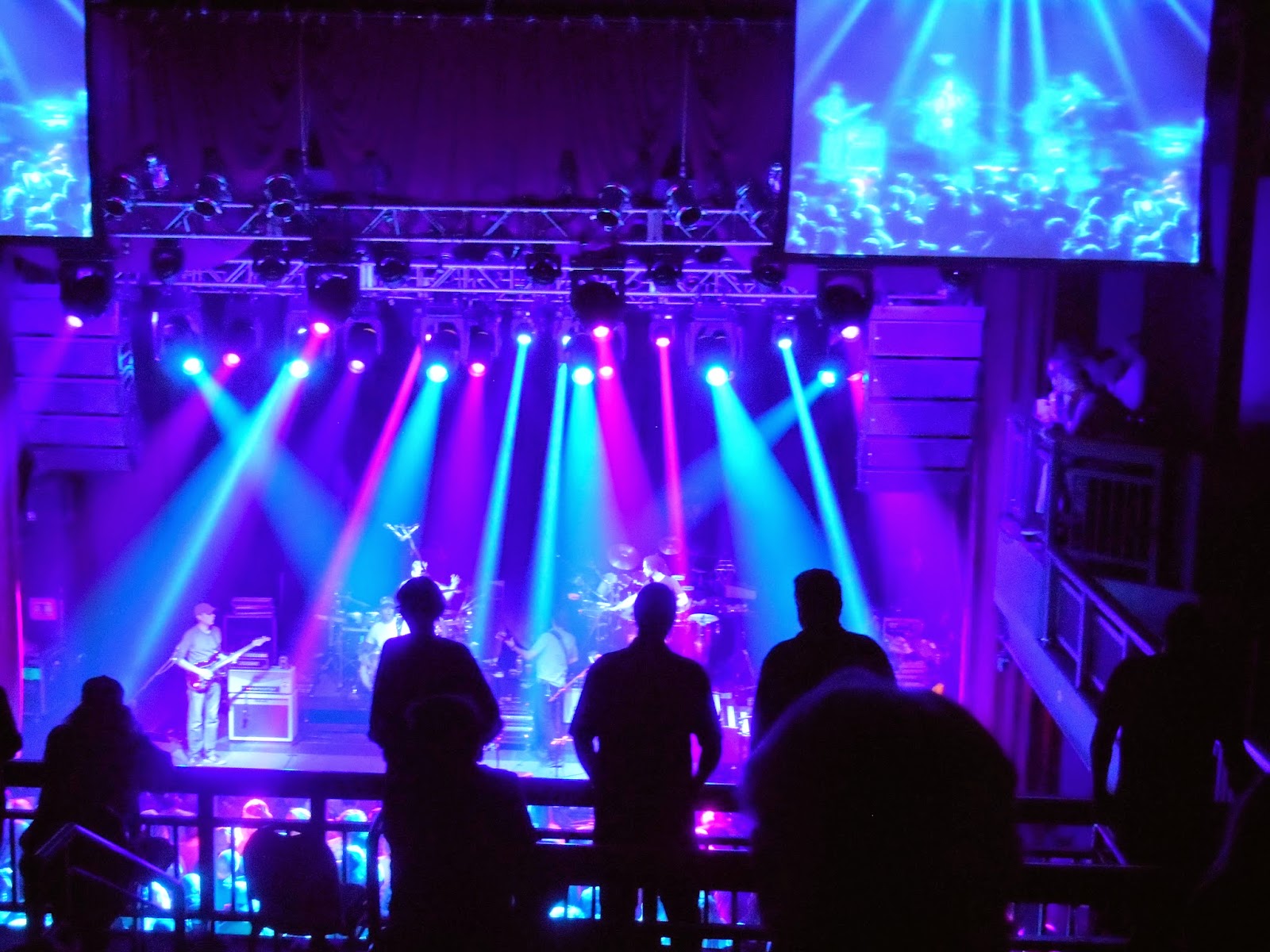 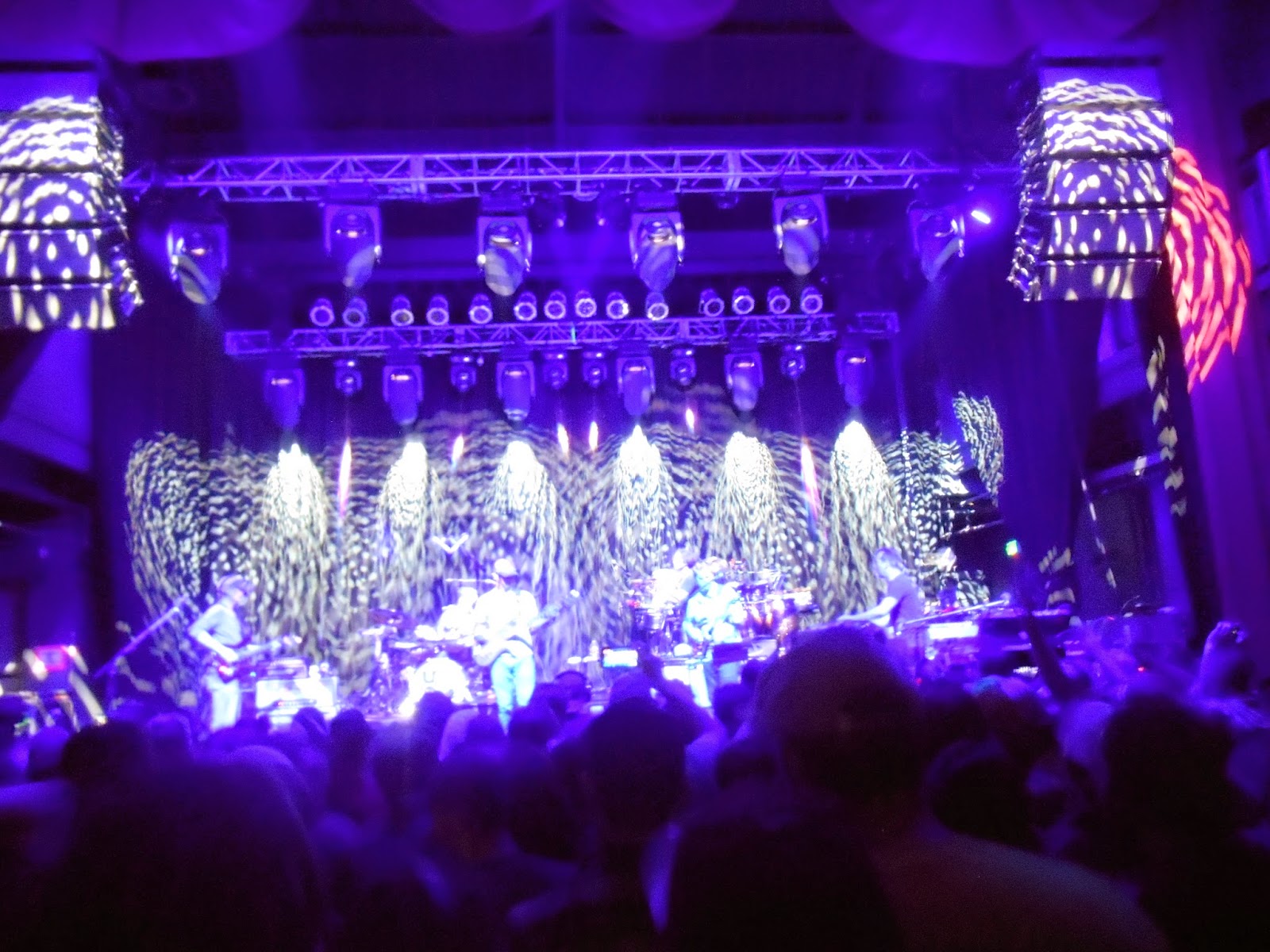 I went upstairs to have a look around but didn't stay for very long. It was just a bunch of drinking dudes and didnt capture my interest. The photo on the left is blurry but I think its my fav. 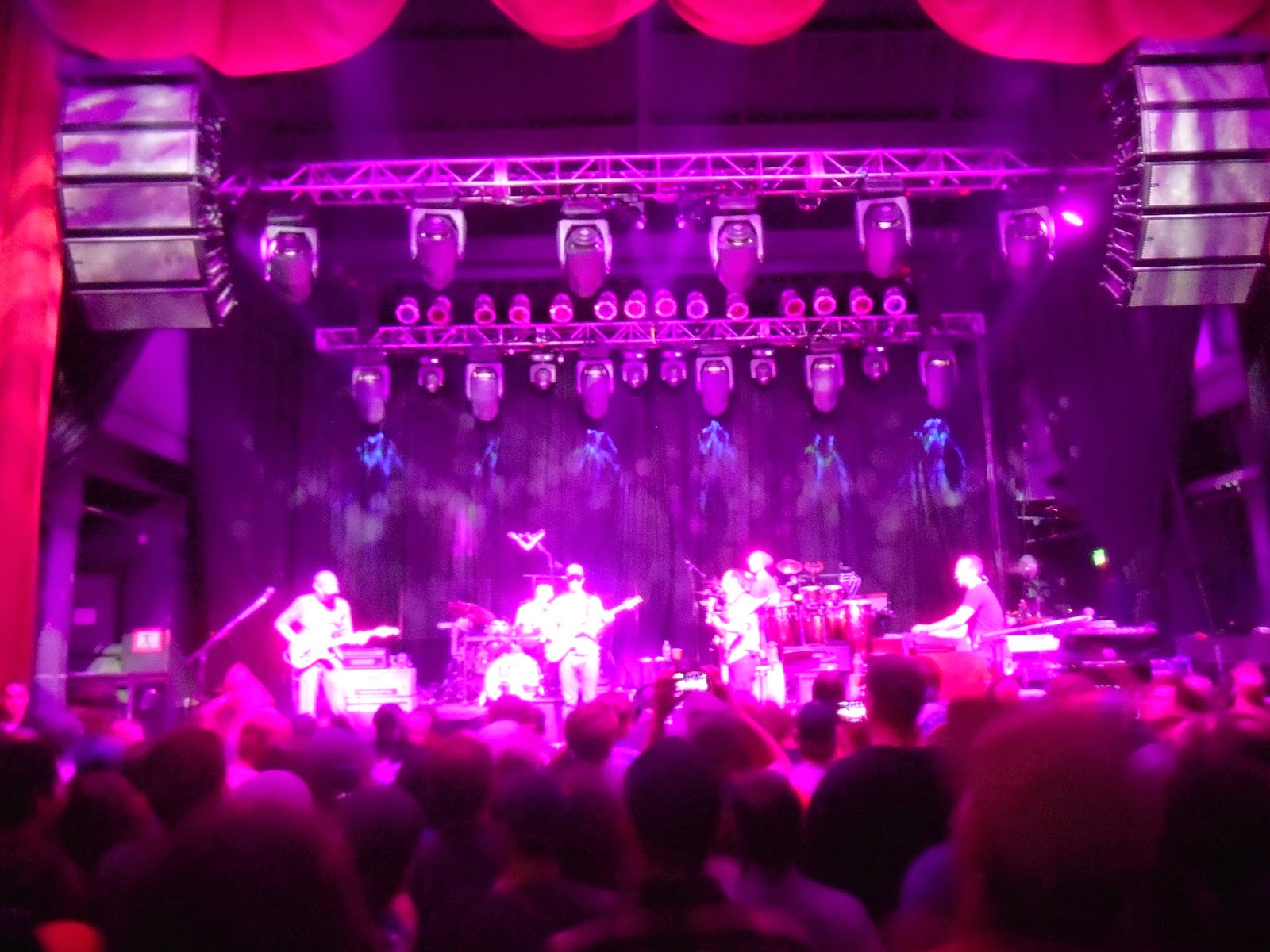 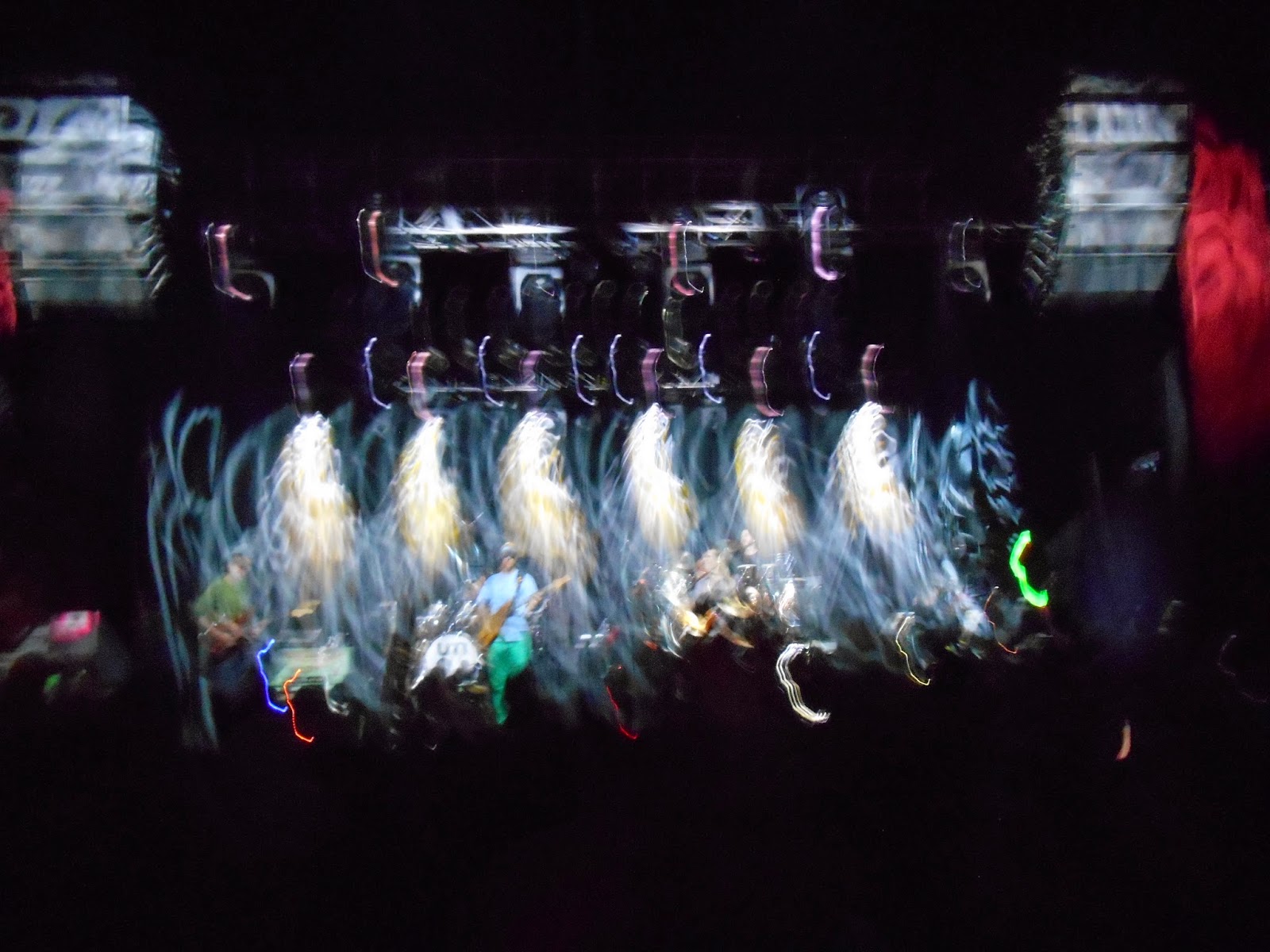 Well, this one was pretty cool as well. Check Out Ryan's Green Pants?!?!?! Classic Or What 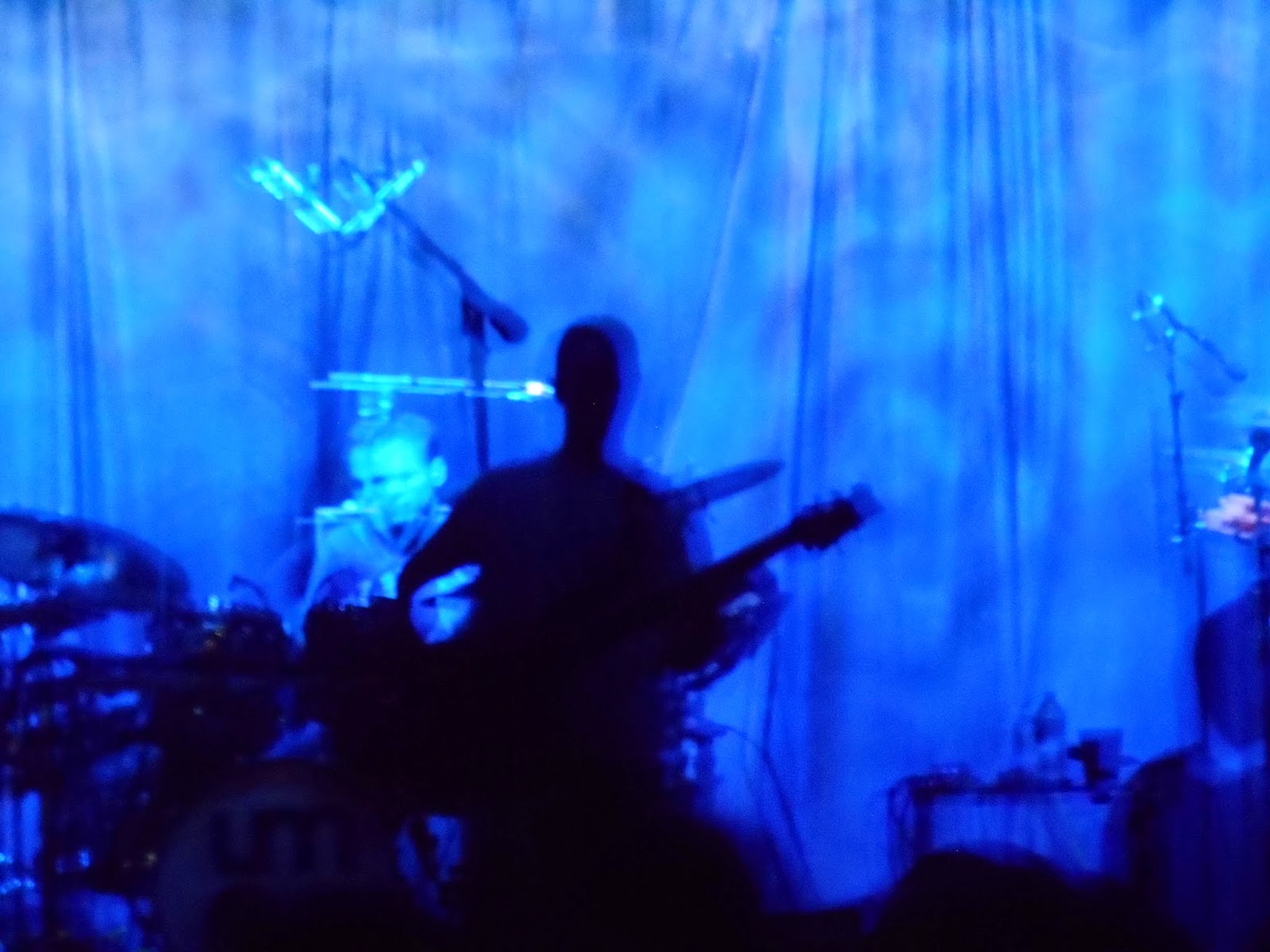 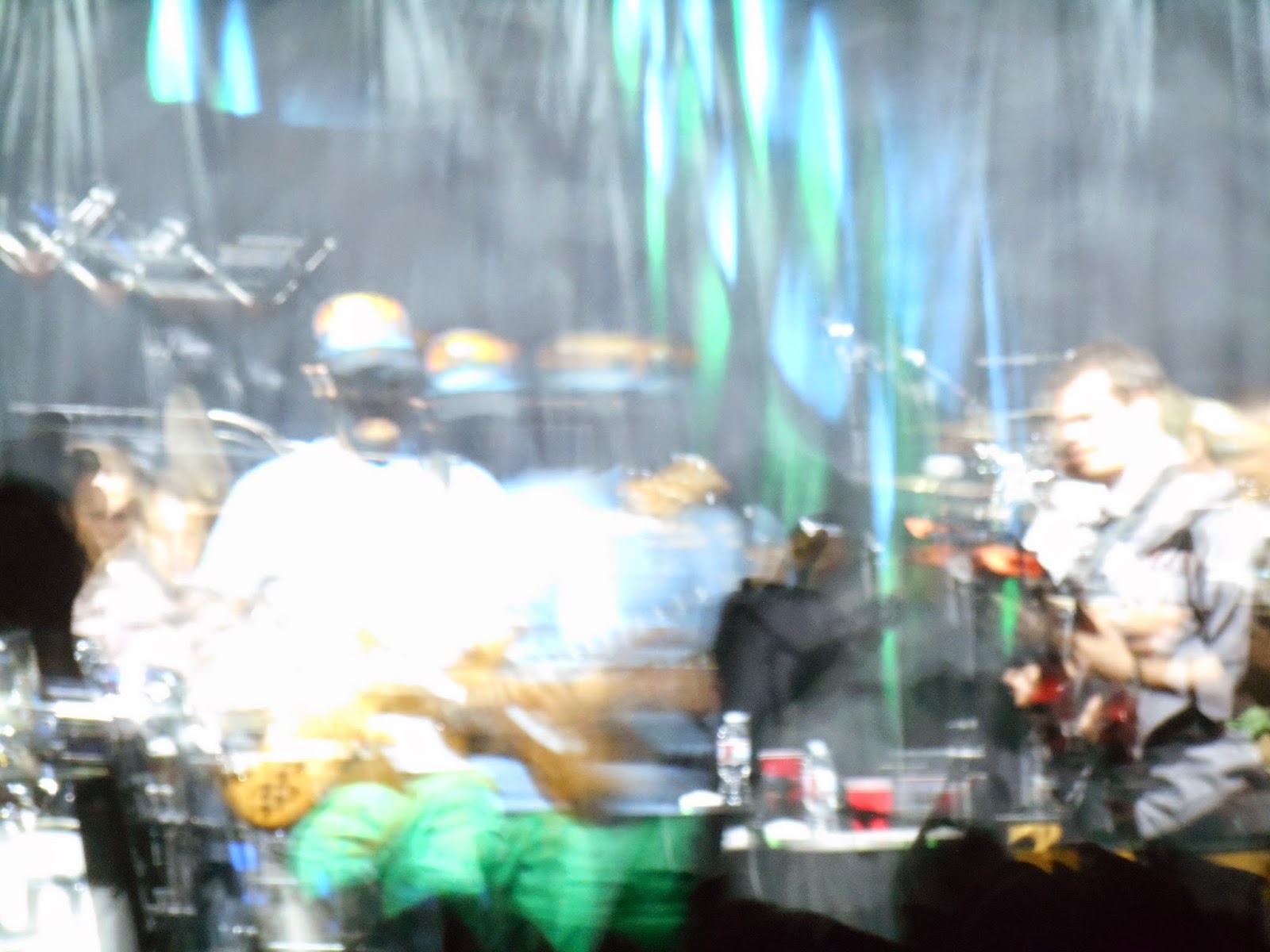 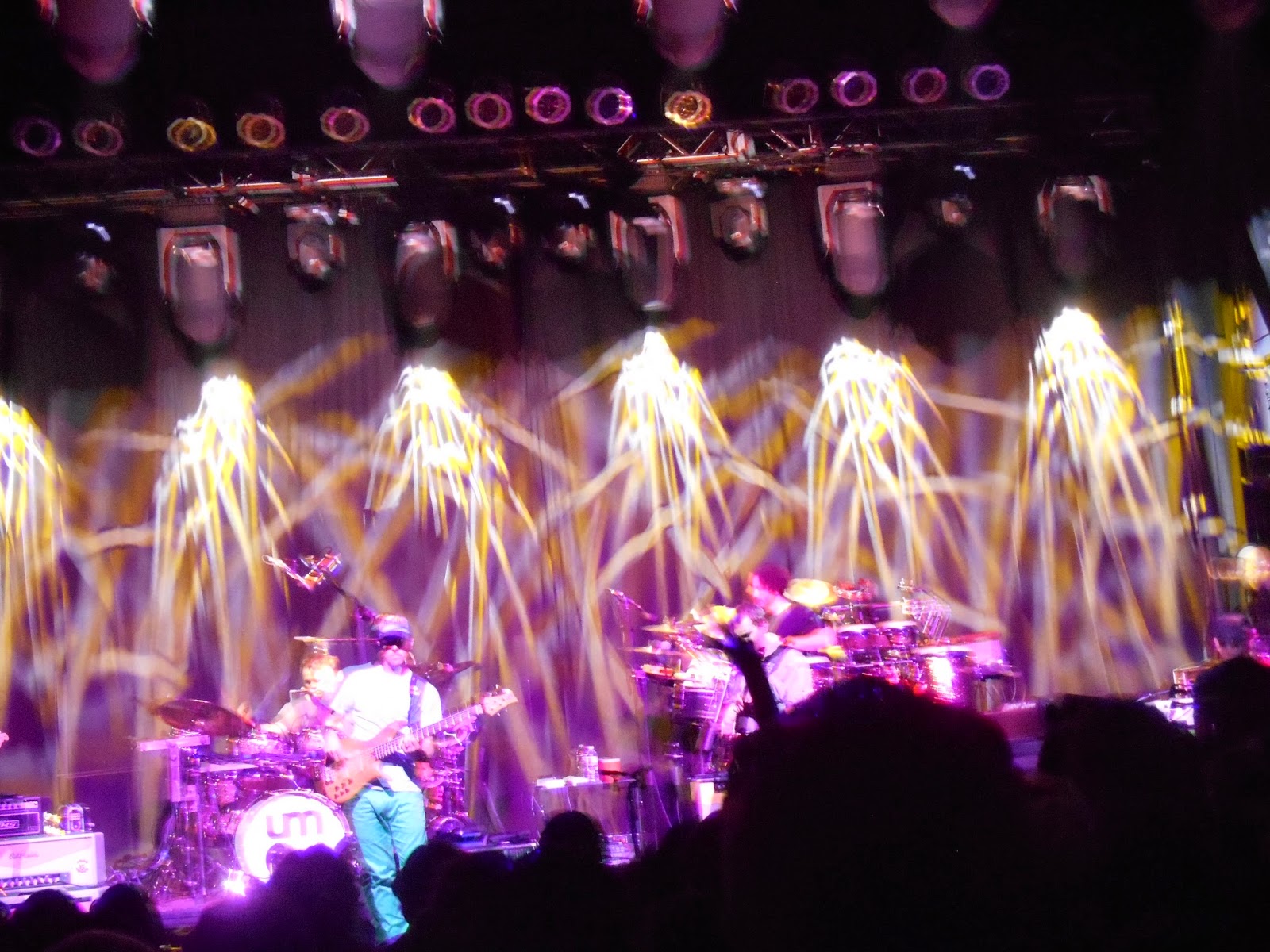 Educated Guess was the opening song 2nd set and its totally impressive how these Jam Bands can come out and hit FULL THROTTLE!! So Dig That!!! Educated Guess > Dump City was righteous. Then comes Booth Love. I was worried at first because these are the songs I wasn't hoping for. But how wrong was I. Booth Love had an improv about 7min into it that makes my SBD purchase totally justified!! 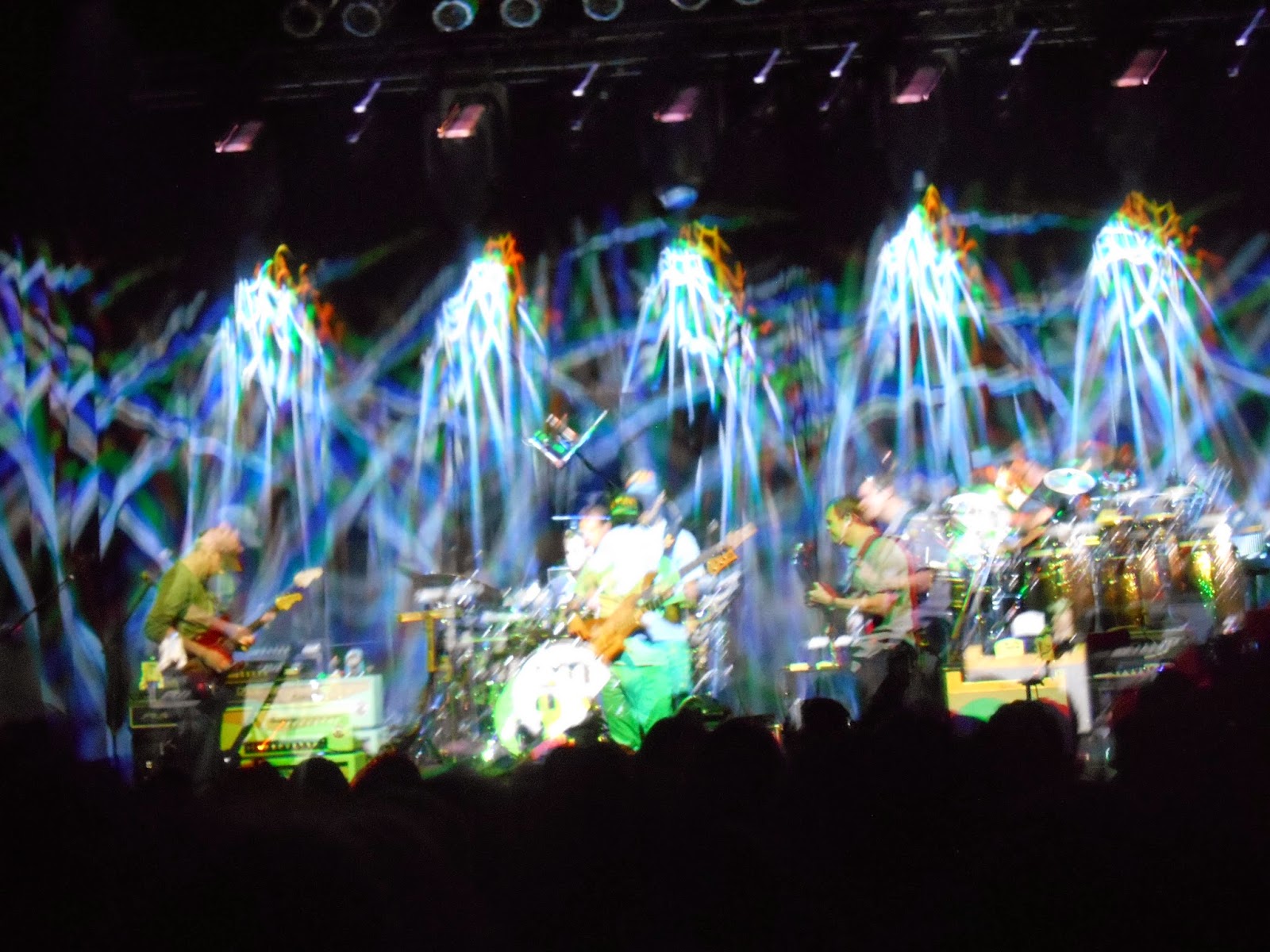 Then came a breather before they lit up the house with Search 4 > The Triple Wide > Hajimemashite > Hang Up Your Hang Ups!!!! 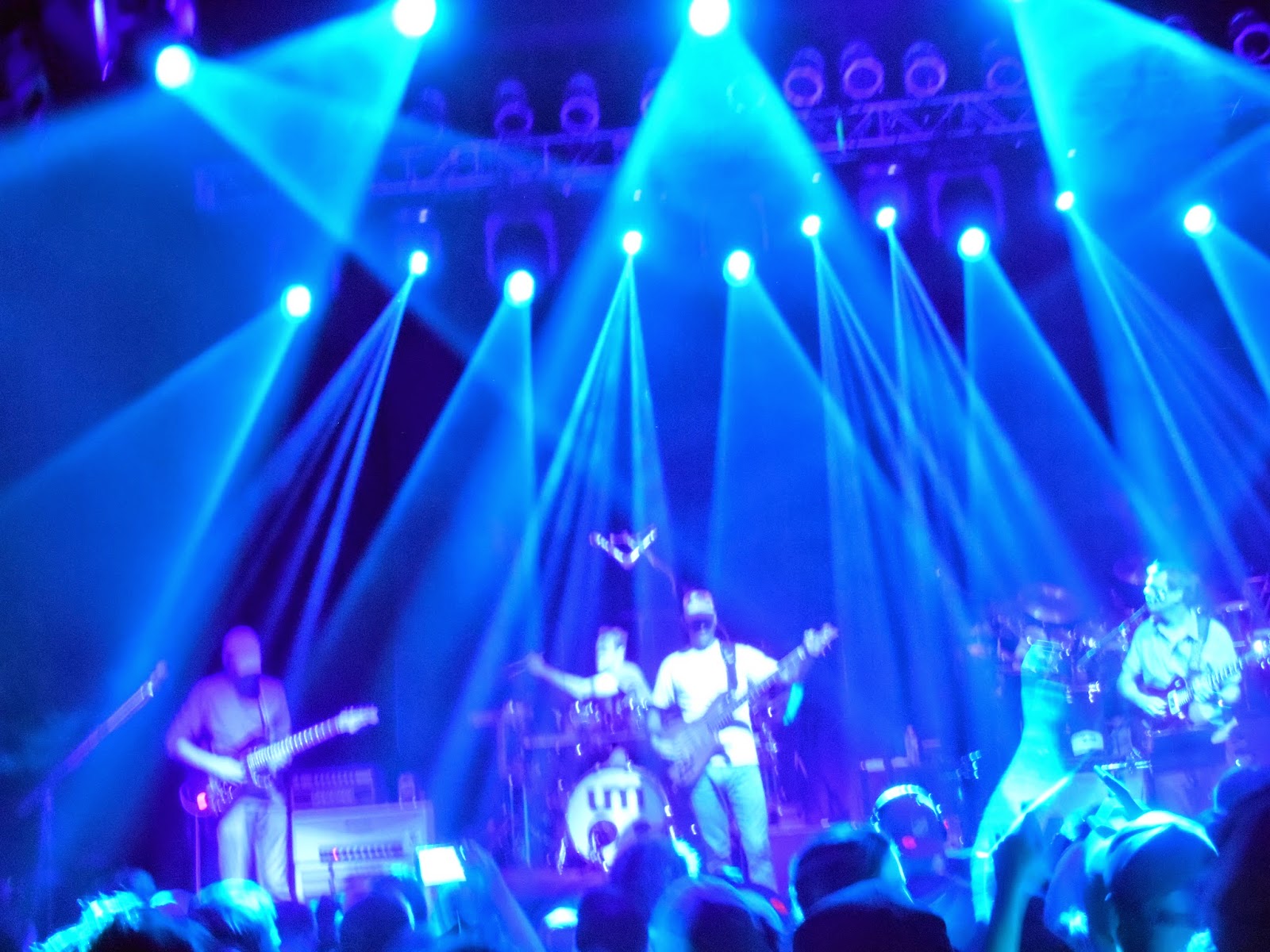 UM finished off the set with Wife Soup and I was fired up. The crowd was in an UM frenzy for sure. 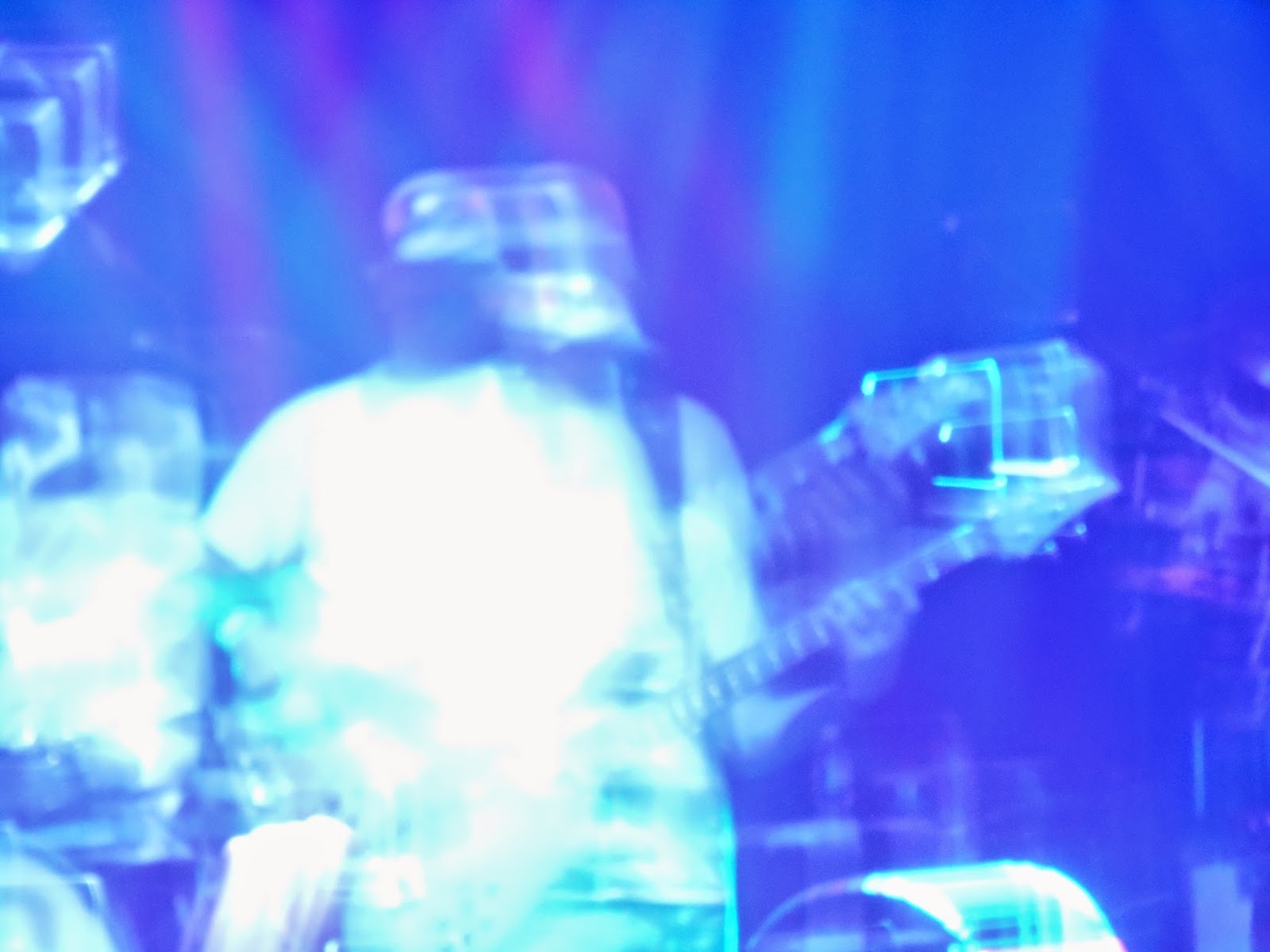 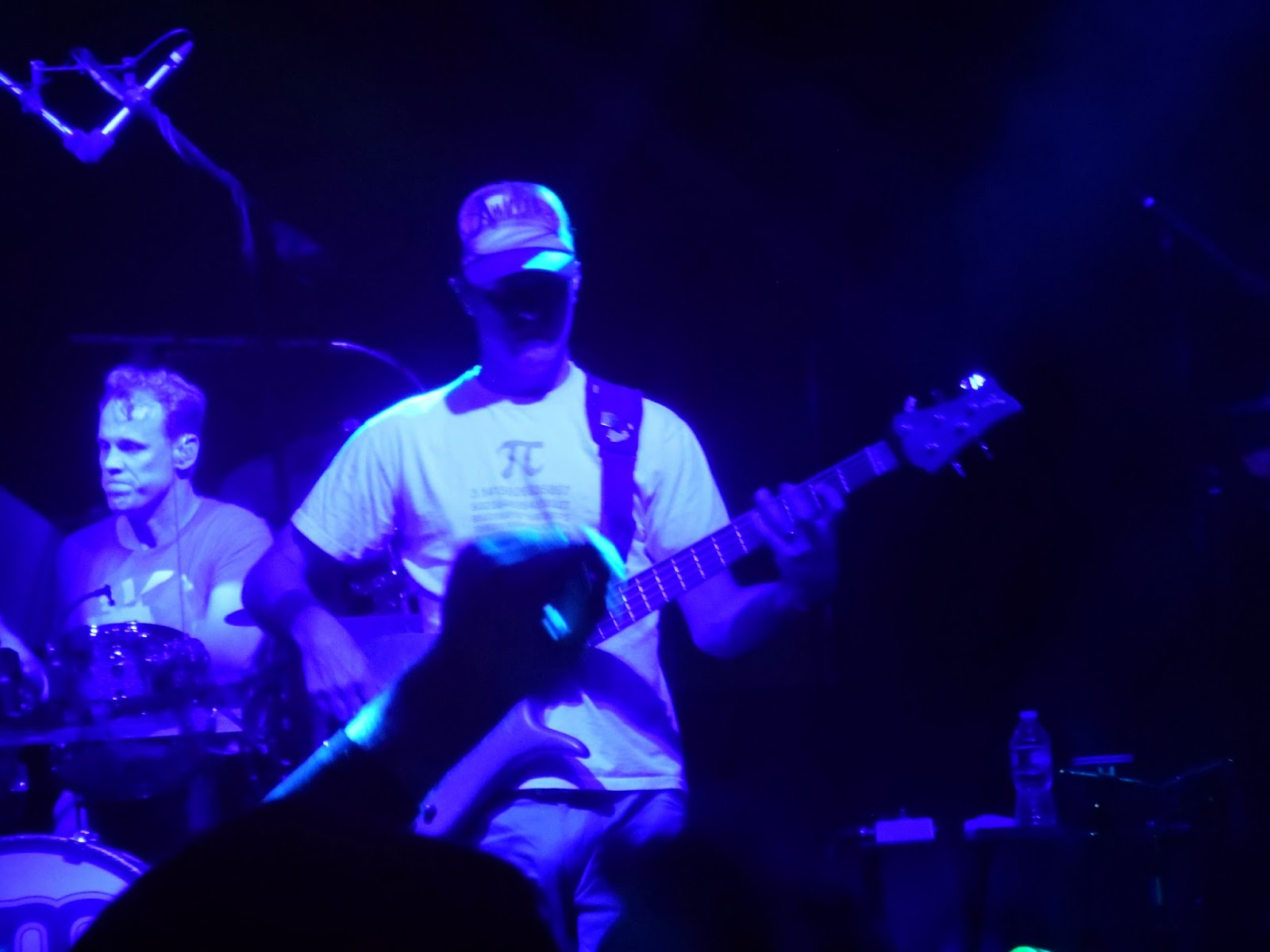 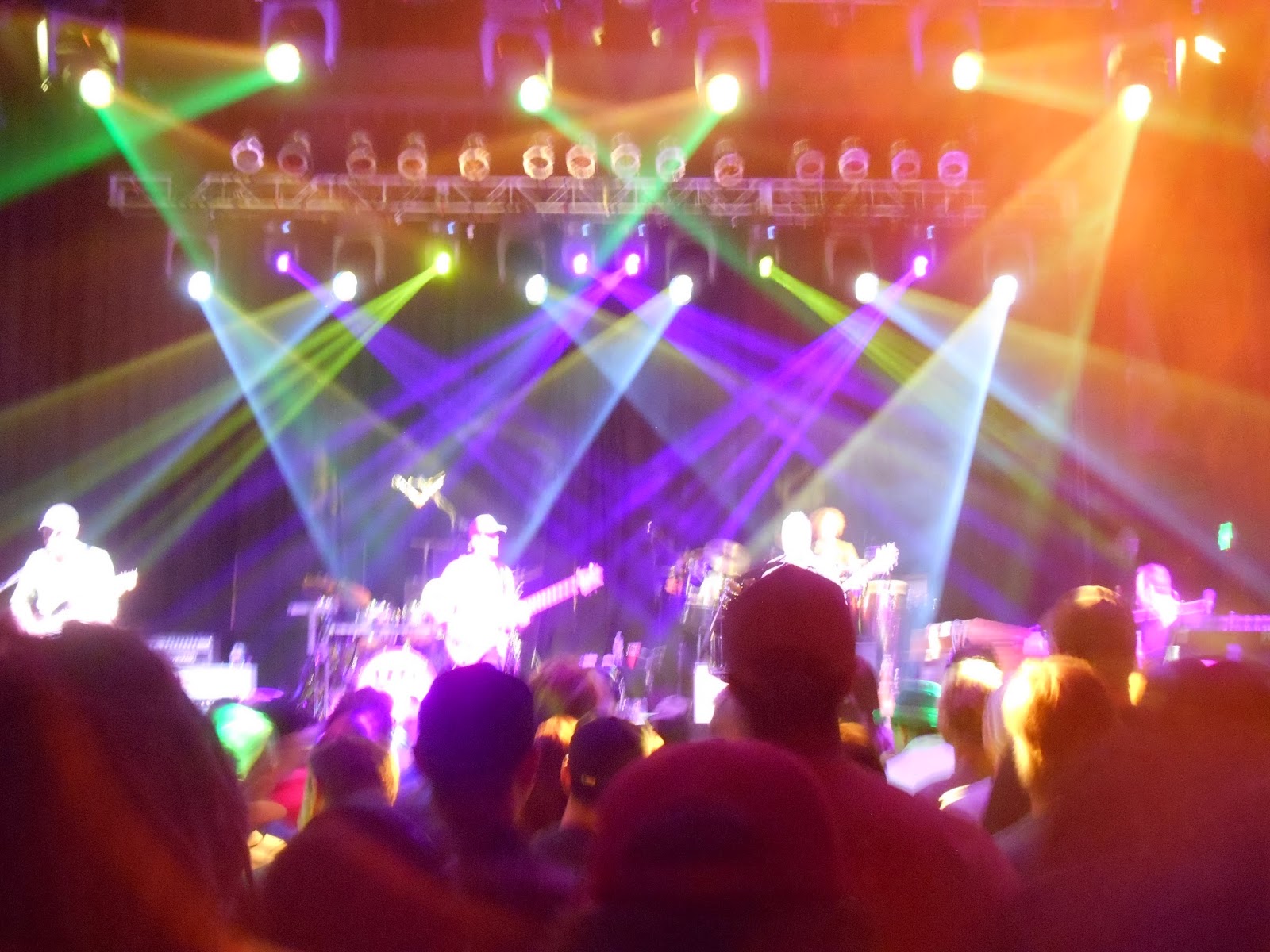 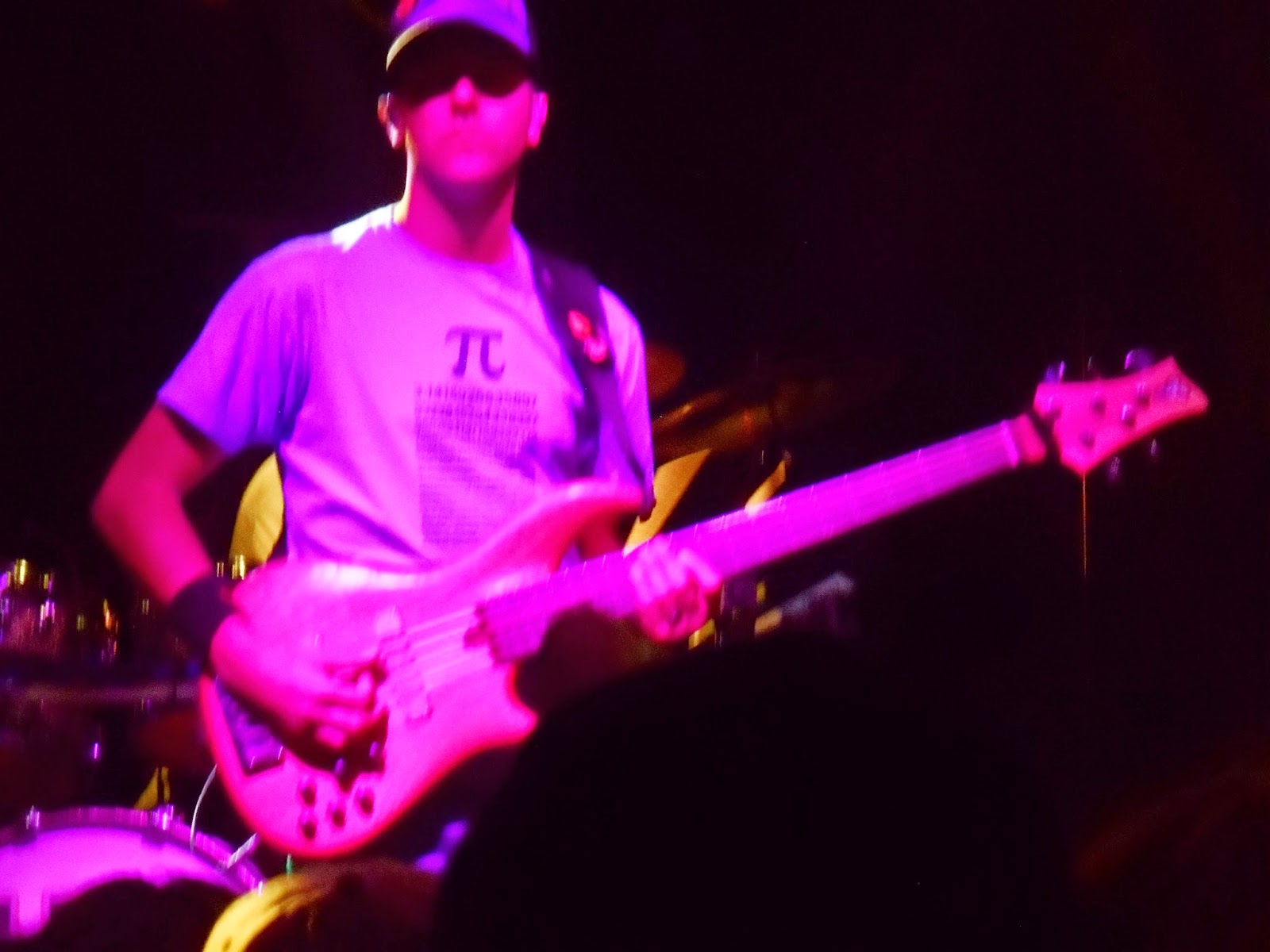 And as I predicted, UM played popular hits for the Aspen crowd and came to SLC for a rock show!! PHATT Bass rips, heavy ADD guitar influences, and a band that went for it with the long jam songs!!! EPIC!!! 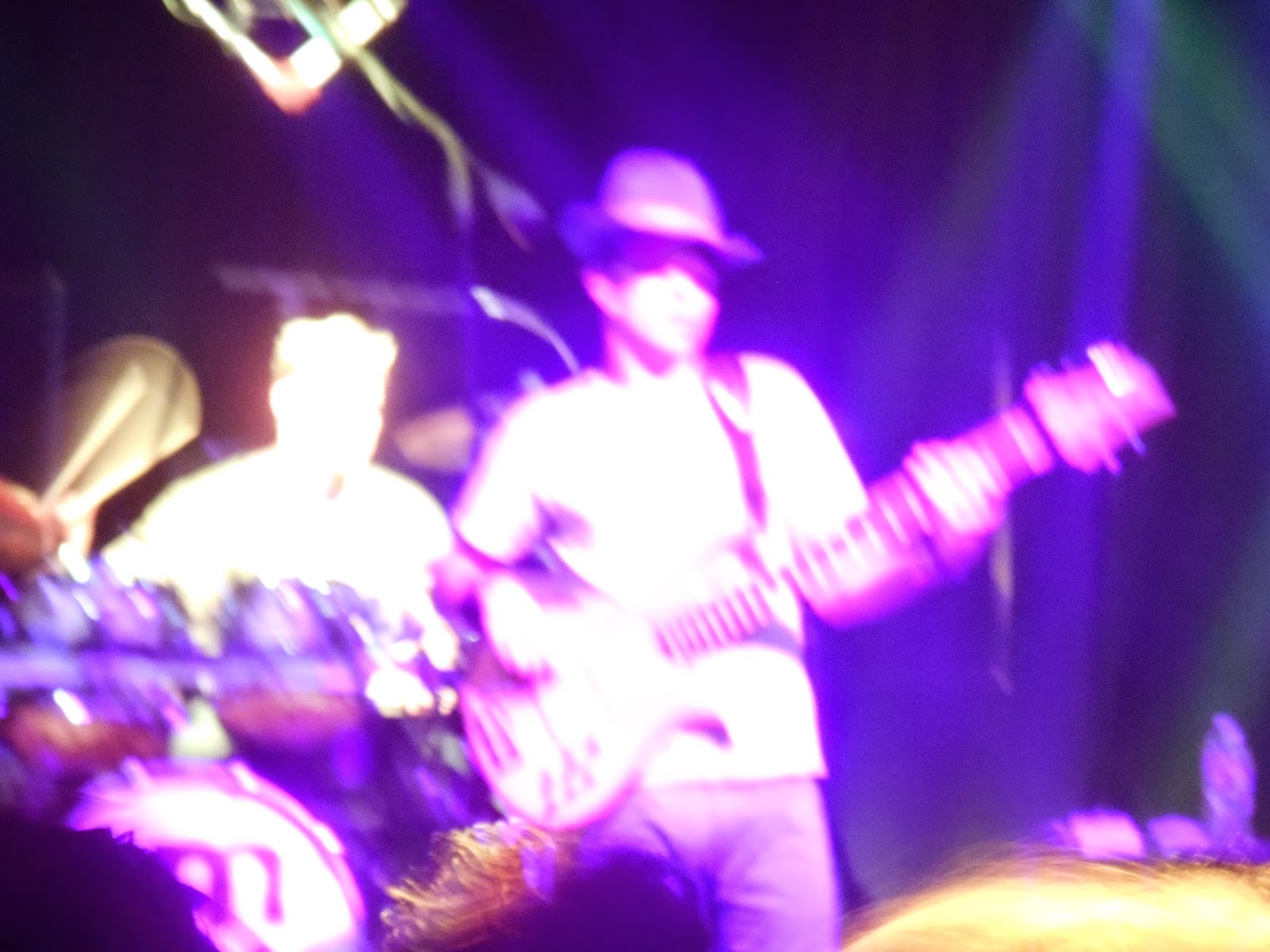 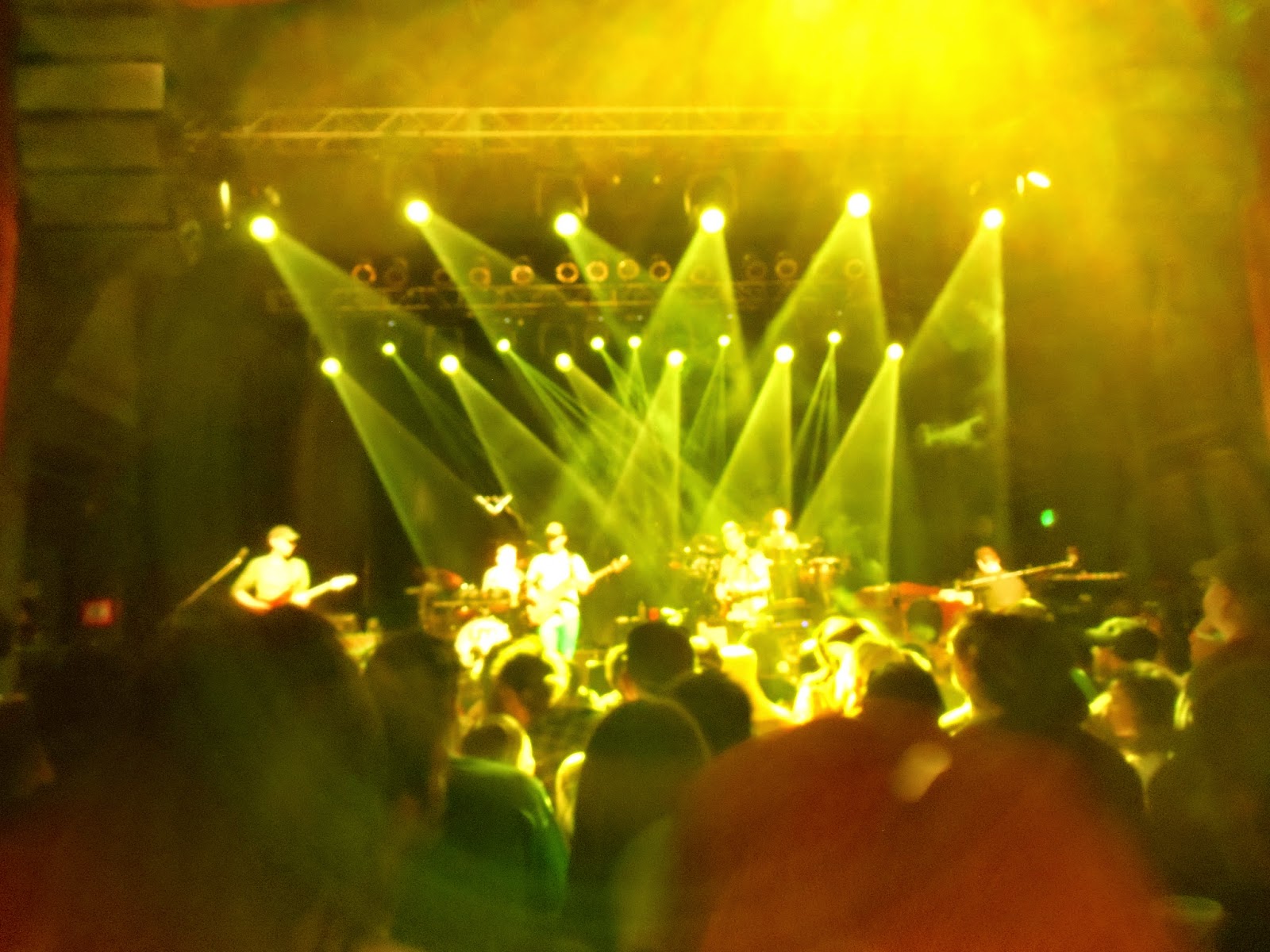 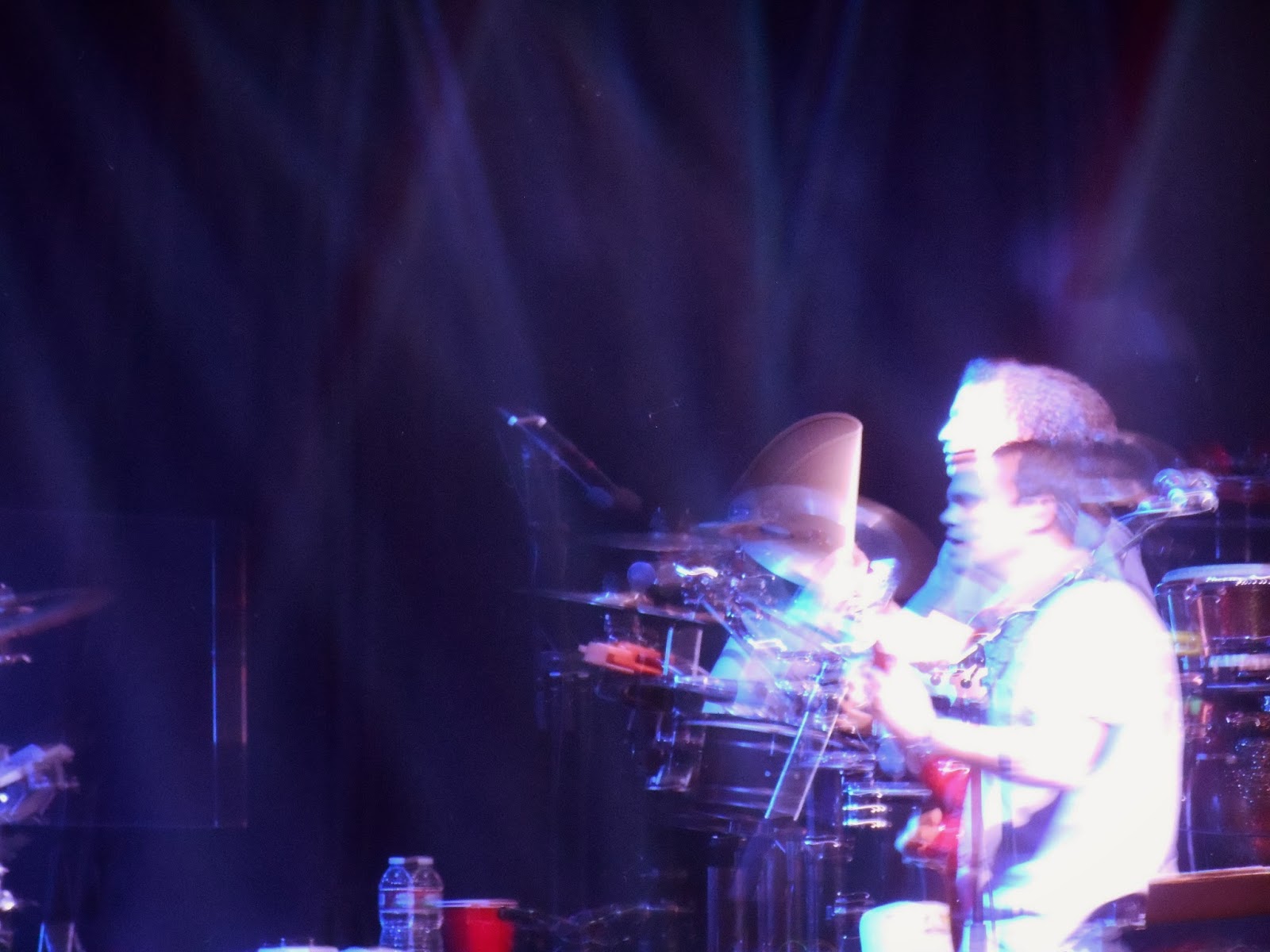 This photo on the left is a prefect representation of the show. It was a complete blur!! The band was on fire!! A number of times, Brendan in the foreground here, shook his head of approval after a mini jam session during a song. I even saw the drummer Kris mouth the word NASTY to bass player Ryan. 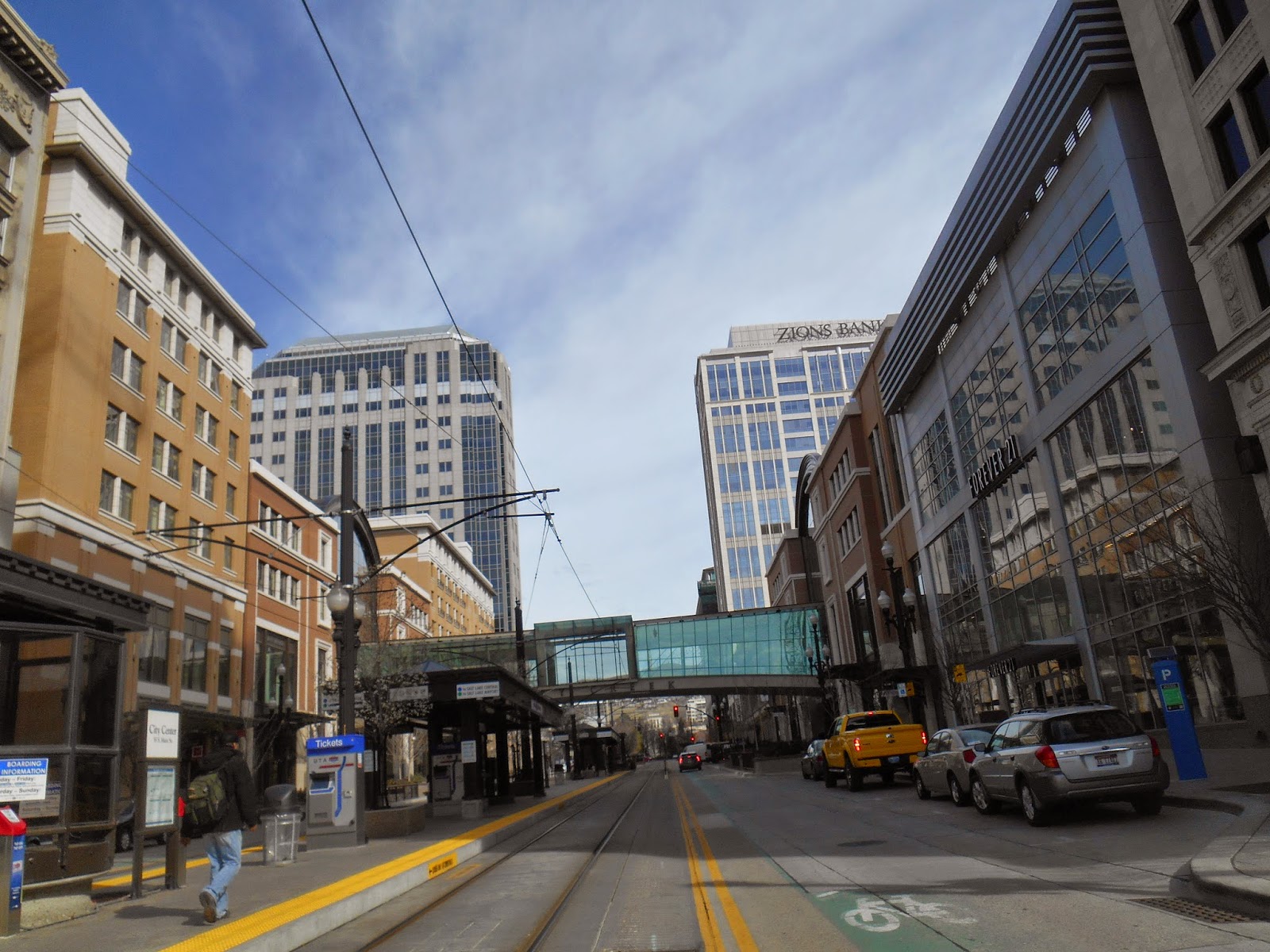 An early morning walk around DT SLC??? I was a little surprised by the STRONG showing of homeless laying around on the streets of DT. I have nothing against homeless but I was surprised by the groups of them on EVERY corner. 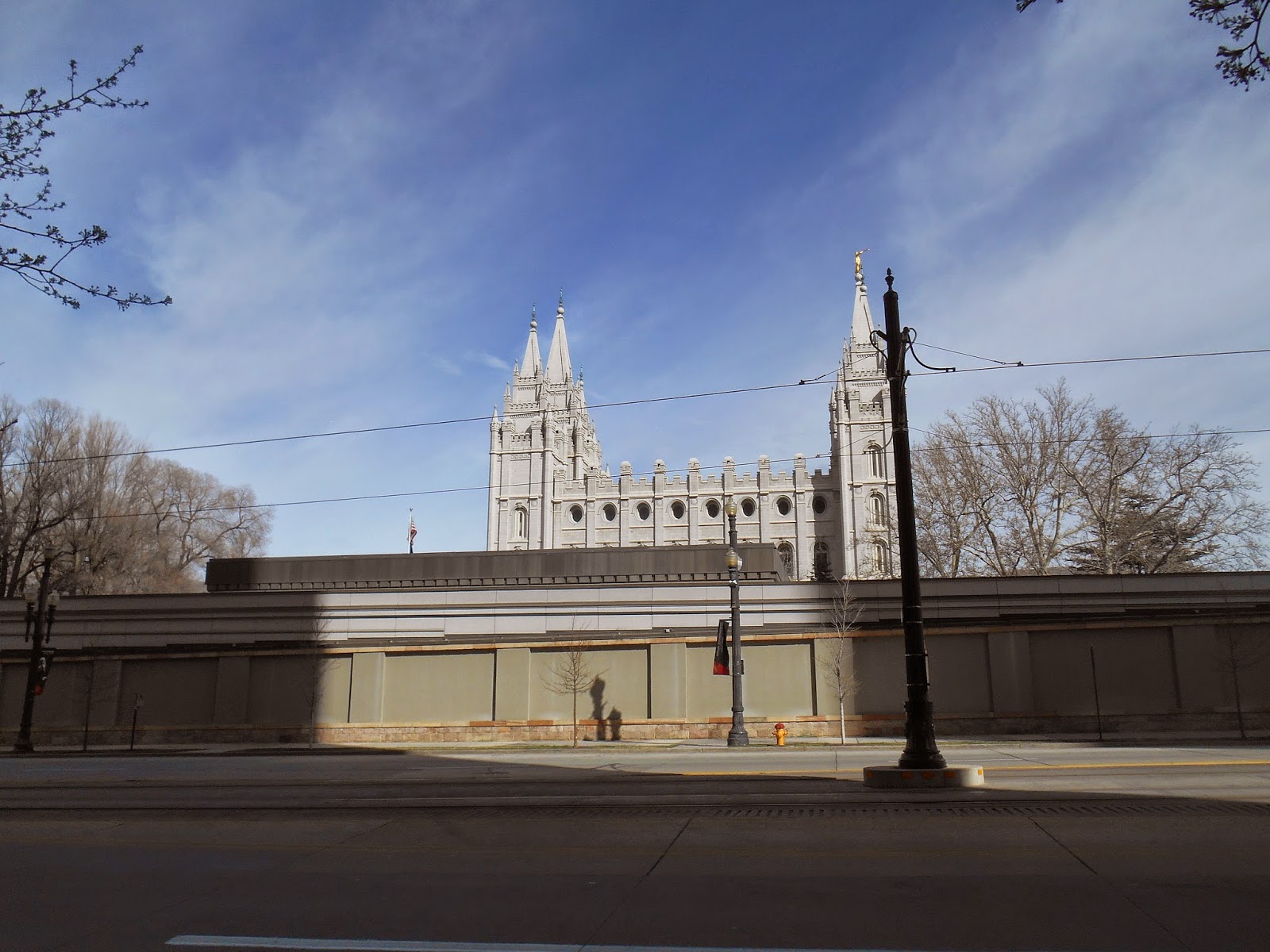 Just cursing on by….. Move Along…. HEY, No graffiti… Thats nice 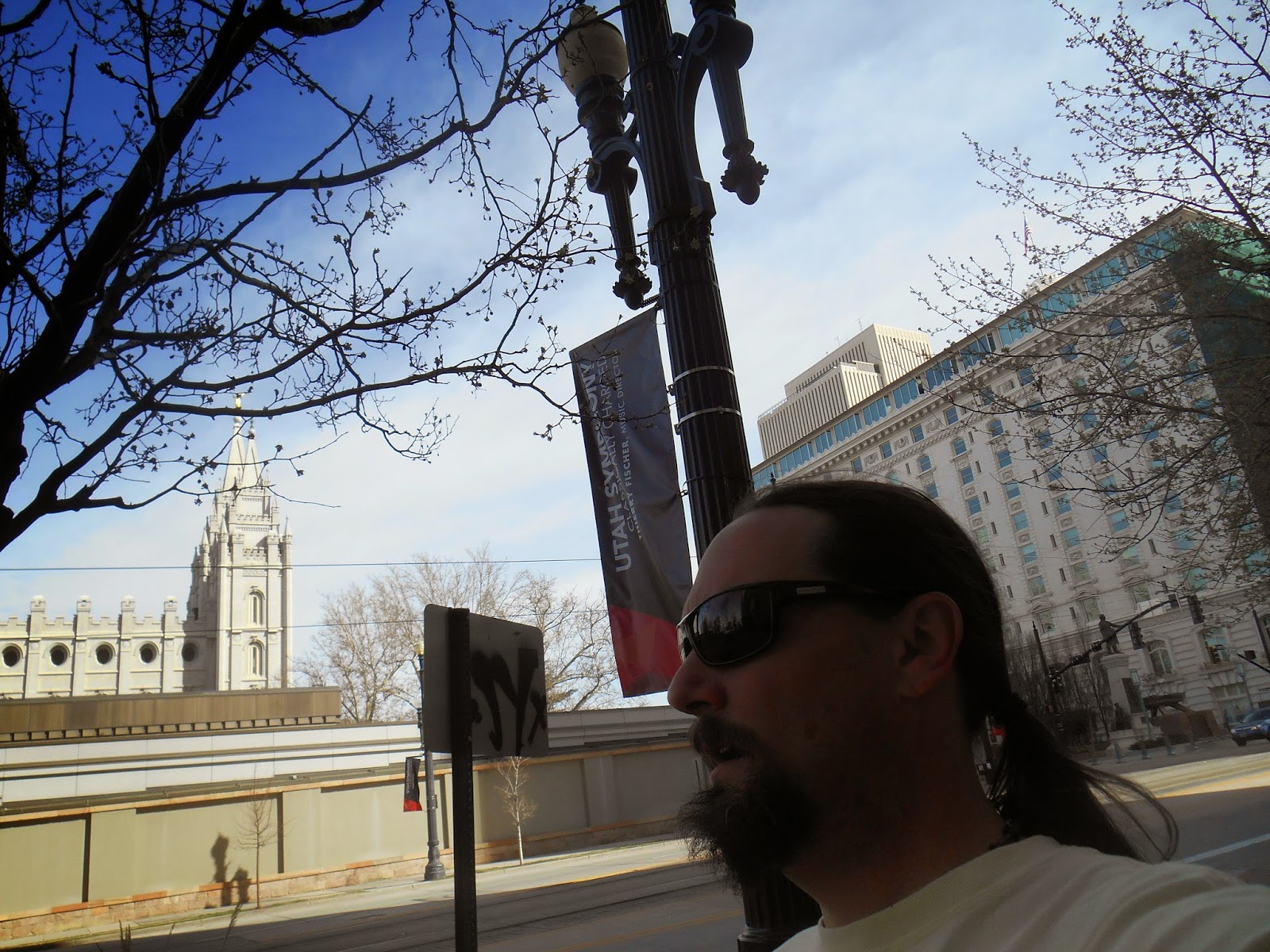 Not clipping off sub 11 min walking miles here but felt good to get out and stretch the legs Sunday morning. Last week of training was outstanding if I don't mind saying so. I have added weight to almost all of my sets. Took the Midnight Racer out. Swam twice. Shadow Boy and I were back on 2-a-Days!! I paid my entry for the Lead King 25K and will finish booking my room this week. Along w/all my other phone calls. Booking the room became interesting as the Beaver Lake Lodge suggested that I book a Sunday night room instead of the Fri/Sat that I was thinking about. The Sat/Sun would cost me about $15 more but wouldn't have the 6:30am check out on the day of the race. What 2 Do??? These are things that won't be top priority just yet because this week is going to be crazy!! I have phone calls, clients, packing, checking in at The Letterpress, gym, and leaving for my Residential in Moab,UT. How do all of you moms do it?!?!?!
Shadow Boy is about to jump out of his skin so I need to call this a wrap. We are going to hit the low 70's today and 77F by Wed before a disturbance blows through the Grand Valley. Hope to continue taking photos this week and should be able to post again before I head out. As a recap…. I needed that SLC trip!! I feel strong!! Loved waking up this morning w/the Boy Dog's head on my pillow!! Cracked Me Up. Drinking More H2o, Stretching Throughout The Day, And Socking Up The Colorado Bluebird Days!! 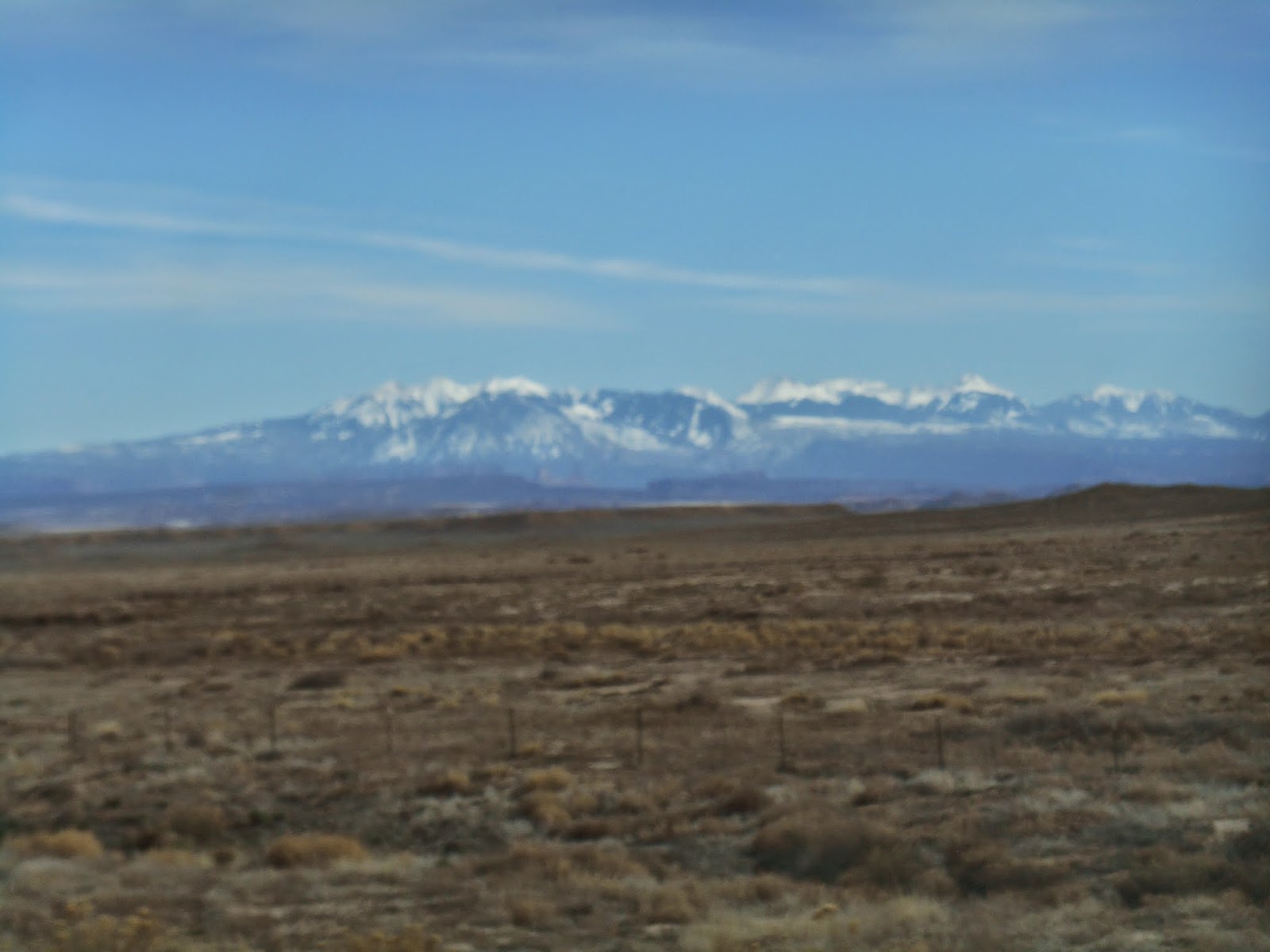 Thanx 4 stopping by and stay strong out there
Cheers
Posted by The Padre at 10:42 AM