What I Noticed In January

Didn't really struggle to accomplish the one mile a day and 100 push ups goal. I had a few days were I damn near spaced the push ups. Walking with the Boy Dog everyday is way easy. Also, I can feel the moment when my stiff "whatever" loosens up. Way Cool

The foam rolling helped a tremendous amount for sure. I experienced a few aches and ( not really ) pains but the roller melted them away. I have focus like crazy on my position while doing push ups. Some sets were in 10's, most sets are grouped in 25's & banged out two sets of 50 when the body feels really strong.

I have been amazed by how strong the shoulders feel and how "easy" the first set has become. I'm still focusing on a really well defined plank position before I start. Sometimes, like during the Grammys, I would do a set during commercials and that seemed to work for me.

The only time I really track my time is when I am at stoker stadium but then it was pointed out in my last video that running in lucky lane 7 adds extra distance. So I Got That Going For Me


THE RADIO ROOM!!! Its AWESOME!!!! Tony Furatdo performed TWO shows on Super Bowl Sunday. The 5 o'clock show sold out as Bronco fans mentioned how the NFL so sucks right now. The 8 o'clock show only had 10 available seats left. So Stoked!!!

Tony has an incredible way of story telling in-between songs and is currently traveling with the 3 time fiddle champion Luke ??Price?? I think. Luke makes it look so damn easy.

ORTHO-BIONOMY!!! Yes!!! Its ALSO Awesome!!! A new client that came on a referral and he just happens to be hearing impaired. His history includes making the deaf olympic team and finished in the top 10 last year in Turkey. It just happened to be the first time he ever left the country. 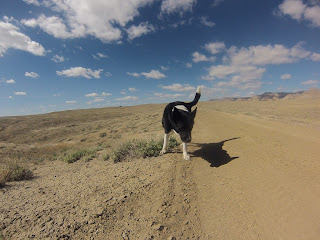 He has a goal of a solid Boston Marathon finish but wants to break 3 hours during the Chi-Town Marathon this Fall. He came to see me because he has had some kind of an issue with his right calf. He explained how he tried different drops size shoes and saw a massage therapist but still has this issue.

So we started with his hips while in the supine position and released his left psoas and from there, life is good. His body had little micro releases throughout the session and he was stoked. He gave me brilliant feed back as if I had seen him at least a dozen times.

Very In Tune With His Body!! That helps so much and I continue to enjoy working with kids and athletes based on that factor. The Nervous System, Phuc-N Epic 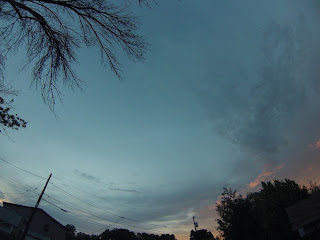 RADIO SHOWS!! Pretty Damn Awesome!!! I will be a guest on air at noon today and will be addressing Stress, Ortho, Love, And Surfing The Waves Of Chaos. Then, this Sunday Night at 9pm I am covering a show. That particular show will be heavy on the Jam Band front, few GD tunes, and some tasty little stand up comedians mixed in.

Thats It For Now As I Gotta Get The Boy Dog Out. He Is Currently Staring At Me As If To Let Me Know That Another Dog Could Be Marking HIS Tree Right Now. They Are ALL His Trees.

Cheers
Posted by The Padre at 9:38 AM