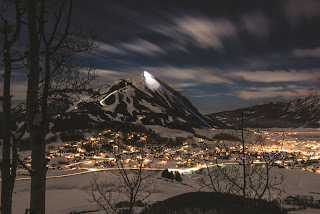 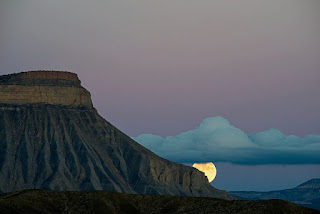 Was the night before All Hallows Eve, a buzz about covered this sleepy little valley we call a community. The 7th Annual Zombie Prom build up, overtook, and consumed routines of daily monotony. Anticipation was just around the corner…...

…. Unimaginable tales and a cast of characters began to come alive as its a night for adults to recreate overused Halloween Costumes and morph them into Zombie Prom of Boogying-N-Down Gatherings. All week long, " Are you going to?" or " Have Your Tix 4 Zombie Prom yet? " and " Cant Wait " Dripped from mouths of soon to be Zombies.

While cleaning out the OM House, I found three unmarked bowling trophies. The Zombie Bowler was created right then and there. The town was expecting a totally different character from my pervious ideas that I might have mentioned. During the FUNd Drive, Zombie ideas were floating around the station. Happily I had shared a couple of really good ideas BUT finding the Bowler Brewed Brilliance.

Me and my DEAD LAST Trophy. Supporting my SCI 2014 Brooklyn Bowl Bowling Shirt. The 1976 Trophy played out a whole storyline of its own. I loaded up my front right pocket with Bicentennial Quarters and Half Dollar. See that Hot In Here pocket??? Held my Silver One Dollar Coin AND Bicentennial Dollar piece.

The Dude pulled off a crazy flipping Zombie Lumberjack and scared the SH*T out of all the little Tricker Treats. Setting up that scene here……. The Dude carved a whipping pumpkin, I worked over 3 of my own, and I littered the driveway with about 4 years worth of The Boy Dog's Soup Bones. The front of the house was inviting with some very elementary cardboard cutouts of haunted houses and larger pumpkin cutouts. And of course they were all trimmed out with LED lights….. So little ghouls would approach the house all filled in spirits of candy. Then, two dogs going ape sh*t on the other side of the screen door and this crazy lumberjack and I are standing in front of the dogs holding a massive pumpkin full of large size Snickers and Butterfingers. The little little goblins wouldn't come up and the mid range age kids ONLY walked up because they saw the sizer of the candy we were handing out by the handfuls.
A night of bike riding in-sued, enjoying the moment, and remaining in character ALL night. I only dropped on-lines in reference to " go pick up a spare " or " not bad for the 9th frame " and I targeted all the big hitters of Zombies that I recognized throughout the night BUT nobody knew that it was me. It was so much fun!!! A few couples would kinda smile but nobody engaged and just let their own Zombie Side cut loose.
After we were there, I MEAN CENTER OF THE DANCE FLOOR, for about 3 hours into the prom I could tell when the word was out of who we were. Everyone flooded us with " NO WAY"  or " Thats REALL You " and " OMG " and this has went on all weekend long. Just today, while walking the Boy Dog, neighbor gal stopped her car and with the window down gave me her version of her husband and her's perspective. She even claimed that they didn't know until having breakfast with mutual friends on Sunday ( TWO DAYS LATER ) were informed of who that Bowling Dancer was. And the rumor is that there are SH*T Tons of photos out there of Dead Bowler Guy and Crazy Weird Axe Killer posted all over CrackBook.

TRAINING :
In The Early Stages Of Wk 1 Training For The HITs Half Ironman in May. Super pumped about this!! The body felt GR8( before Halloween Weekend ) anyway. I am on a base building during the new three weeks so I might only post weekly. I feel pretty strong about my base level of conditioning at this point. My legs are much stronger after all the gym work. Pretty interested in how the Mid Night Racer will feel under these sit bones. Its just that I learned a lot about my mind body connection over the past two Summers. We will see how it all plays out during the rest of this Fall Season.

RADIO ROOM EVENT :
I auditioned for a/2 part for the radio reading LIVE of Its A Wonderful Life. Truthfully, not sure how I feel about the reading but I really was motivated because its the first ever for our little station. And I wanted a voice in it. There are 36 parts and only about a dozen of us showed up to the audition night. So I do believe I will be reading a couple of parts. I openly spoke out that I am willing to read small parts and fill in were ever the director Patrick might have needs for. Again, Truth Be Told, I am not a strong enough reader or actor to try out AND THINK a lead part should be mine. Every Wed night starts readings, Patrick told us that the first few nights will be slow going, then the reads go quicker, and Dec 4th will be a live broadcasted show. Way Cool

Stay Strong, Live Out Your Dreams, & Think Of Others