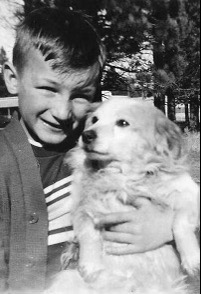 Bill grew up on the rain shadow side of the massive granite peaks of the mighty Sierra Nevada Mountains. He, his fathers, his grand father, and two boys were all born in the same hospital of this sleepy little railroad town of Portola, CA.

Right after graduation from High School, just shy of his 22nd, his first born son bounced into this world. Bill quickly grew up and spent the next 35 or so years working on the railroad. One of his many highlights was "driving" the lead locomotive for Lassie in the Motion Picture Lassie My Lassie. Later in his career, none of the young pups knew how to operate the relic engines that once powered over steep mountain passes while hauling more than their fair share, he steered these old vintage engines down to Sacramento California were the met their final resting place in the Railroad Museum.

Now why would I add FATHERS to the list? Easy. His father Joe was a twin and fathered a number of children with various ladies and or wives. Bill and his only biological older brother were eventually adopted by the twin brother Jack. So as we all have evolved over these past decades and we understand the psychological ramifications of abandonment and neglect, childhood for Bill was a rocky ride to say the least.

But he prevailed as a human and happily slipped into retirement and never left the hidden community of Portola. He was a diehard San Francisco 49's Football fan and apparently loved Sunday Nascar Racing as well. He always , LIKE ALWAYS , had his best friend next him. I couldn't even begin to count the number of dogs he owned. Uncle Steve reminisced over the phone about Bill's teenage years of owning a verity of Hot Rods and was always the life of the parties back in the day.

Bill also loved his numerous 4x4 vehicles, 1960's Ford Mustangs, and rode motorcycles like a happy old man with a cool mountain breeze on his smiling face. Bill remarried Aug 23rd 1980 and his faithful wife held his hand as he passed away in a morphine comfortable haze the Wednesday before Thanksgiving. 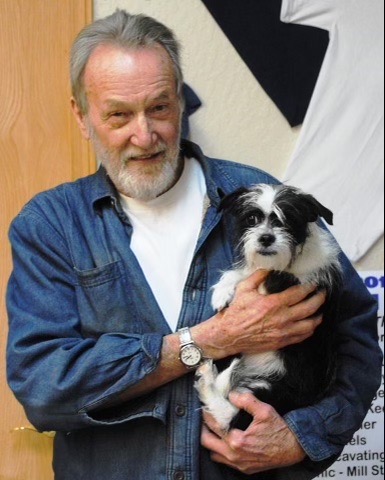