May Went Quick But I Learned A Valuable Lesson 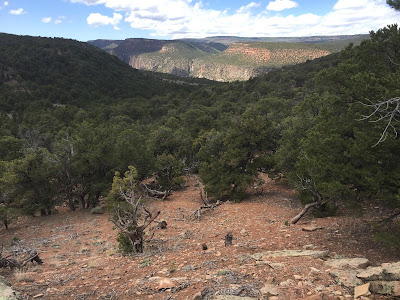 Been riding just for the sake of riding. No real goal in mind or targeted zone. Finally received an unprofessional e-mail from EPIC canceling the Carson City Race. Bummer. I will definitely spend my $$$ with other Race Event Companies in the future but never again with Epic Rides.

BCV I was holding down four part time jobs and five volunteer gigs. I went from full speed, a trip to San Diego, to absolutely dead in the waters. Pacing

Even though the gals in my office are working, continued paying monthly rent, I am not in the office these days. Its an ethical choice I made. Its Bigger Than Just Me

A majority of my clients were elderly and I am not subjecting them to the unknown. Kids were also on my radar but they are now showing signs of a respiratory infection of some sorts. Very Problematic

Who's really at risk here?? Some say the client. Some think is a Constitutional Right. Some wear a mask and other think mask wearing individuals are making a political statement. Blows my mind how human mankind evolved into this shallow being.

About two weeks ago, I needed to make a decision. My conference with the GM regarding my previous position ( Work Trade Manager ) as a part ( 20 Hours A Month ) time employee at Crossroads Gym was a hit. We discussed guidelines and protocol procedures. Its very clear that I am in a position of visual comfort first and fore most.

The management and staff has always appreciated my upbeat personality and friendliness. They would like me to be seen cleaning machines and continuing to spread positivity in their facilities. For Truth, I was rather concerned my first day but NOBODY is using the gym. I sent Tim a video of the upstairs cardio room, larger room for sure, completely empty. One perspective, everyone is enjoying their routine while emerging themselves in the great outdoors. Maybe I Am Full Of Sh*T

The station is just a weird place these days. Its always had a dynamic cloud but now its just another older building. The lack of leadership is a true disgrace to the founders. 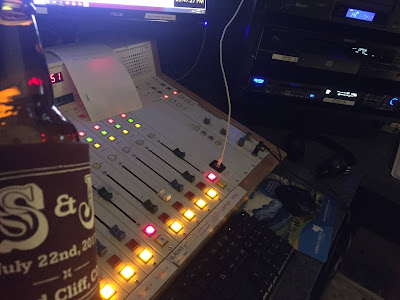 Where do I get off on making that kind of statement?? Easy, I can paint a number of examples of how the station was a nucleus to/for the community. Anything you were ever in need of, a couple of networking conversations and situation solved.

So I reached out, yet again, blown off really, and then the "new" schedule was released. There were SIX open slots!! So why the Phuc did I make the effort?

The phone rings, not an e-mail?!? I was informed, days later, my request was denied BUT could I fill in Saturday Night of Memorial Weekend. I don't know why I felt obligated to cover the show but I said yes. Just like I always do. I put zero effort into the prep work and turned out one of my better shows. It Was A BLAST

Listen HERE ( starts off with heavy guitar from the previous show ) if you are interested in Reggae, Funky R&B, and sprinkles of Hip Hop. What surprised me the most was the amount of phone calls that "poured" in. Mainly, listeners were just excited that a LIVE Programer was on air. A number of voices I recognized but mostly it was party goers at home calling in. Blows My Mind!! When I plan out a show, promote like crazy, whatever is the response. Wing it, Everyone Goes Ape Sh*t??

Damn, have I ever been throwing the plastic well lately. The other day, All Pars, Two Birdie and one HS* bogie. My putter is having trouble finding the basket but my mid-range disc is on fire. Pitched my best offer to The Dude about making a Leadville road Trip to play the course up there. The town of Leadville is located at 10,152ft / 3094 meters and offers a spectacular course through the forest pines.

HS* stands for Horse Sh*t. My par putt was totally makable and nothing interfered with my line of sight. I threw my putter and it hit the top of the actual basket, skipped up into the chains for that destintic "MADE IT" sound, but falls backwards out of the basket and onto the ground. Couldn't Believe It

But my new approach to the game isn't something new but totally new to me. Speed Disc!! I am going to only throw my driver and my putter, play all 18 Holes, and as fast as possible. My plan is to speed walk the course while playing. Lets See How That Goes

Boogied out of dodge last week with an ice chest full of cooked meals packed away in tupperware. I sensed the general direction but not committed to anyone direction particularly. A couple hours later, found myself along the Crystal River for a few days. The daytime temperatures were perfect and just a little chilly at night still. 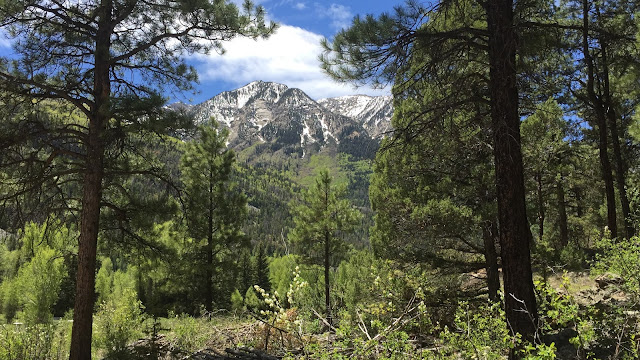 I hiked two old trails that I used to trail run with The Boy Dog on. Well, he would pull me up the mountain and I would happily provide him with treats as a reward. Now, the first day hike, I felt very slow but content. The hike was peaceful, the wild flowers are just about a week out from reveling themselves, and the dirt trails were ideal. Not Dusty Yet

My after hike reward was a rejuvenating birthday suit swim in the Crystal River. Its cold mountain snow run off but felt fantastic on my legs after a straight up and straight back down 4 mile hike. Speaking of crystal, the night skies were breathtakingly amazing. I always forget how beautiful a moonless night appears over head. Deep space without a telescope. Keep Looking Up

The next days hike was a 7 mile round trip that took me up to tree line. After about the first mile, I became pretty disappoint with myself. How the hell and why the H - E- Double - Hockey Sticks did I let myself go. I am so flipping out of shape right now. I have poor hiking legs and ZERO running capabilities. So Pathetic 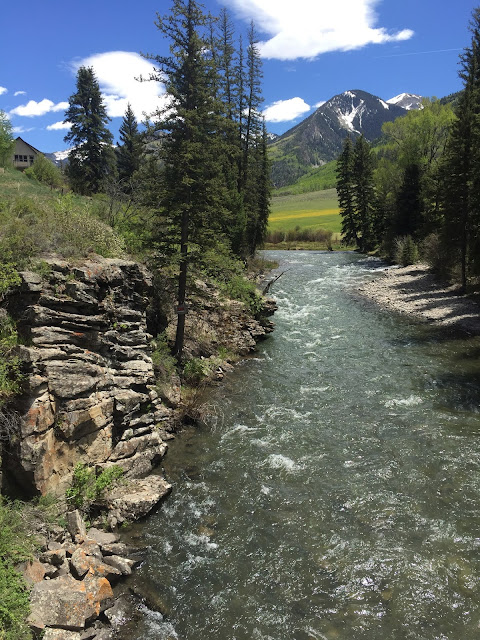 Sure Hope That Your May Went Off Without A Hitch, Stay Strong, & Think Of Others First
Cheers
Posted by The Padre at 6:26 AM