Because Music Is The Cure

Ticking Away The Moments That Make A Dull Day Fritter And Waste The Hours In An Offhand Way Kicking Around A Piece Of Ground In Your Home Town Waiting For Someone Or Something To Show You The Way Tired Of Laying In The Sunshine Staying Home To Watch The Rain You Are Young And Life Is Long And There Is Time To Kill Today And Then One Day You Find Ten Years Have Got Behind You No One Told You When To Run, You Missed The Starting Gun 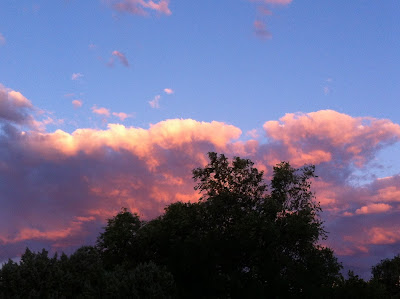 During a relaxing drive south with the most ideal soundtrack in the background vibrating while soothing my turbulent mind, a panic attack ensued, only for about two seconds, but inside those couple of seconds, terror. Like complete terror as I thought I was about to face death. 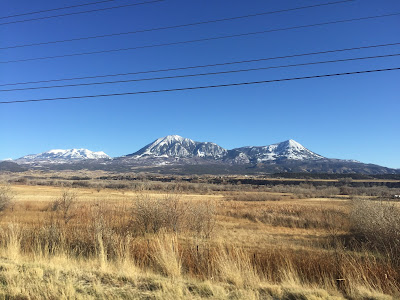 There is this little town named Delta that has a mainstream full of construction projects and traffic cones are litter everywhere. A yahoo blows by me as they apparently didn't take to kind to my grandpa driving style. Happens all the time but this particular car drove a little more than erratic. All of a sudden, they slam on their brakes at a major intersection and prime construction zone. Out of nowhere, from the right actually, a Highway Patrolmen with lights flashing makes a left turn from the right and pull right in front of this yahoo. I stopped with plenty of distance between us and my third eye screamed," Don't Start Shooting!!" 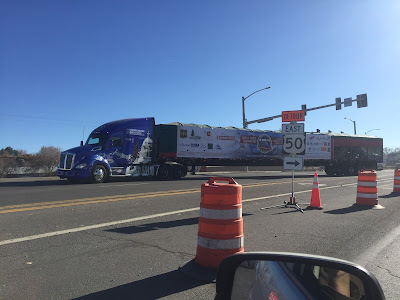 Within seconds, the lead escort of Highway Patrolmen with lights flashing blocked the intersection and here comes this MASSIVE Washington D.C. bound Christmas tree. Track It Here If You Please And Read About The Trees History. Behind the long clumsy simi truck was loads of law enforcement, BLM trucks, and Forrest Service vehicles all making their way to GJ. Yes, I felt like a big scaredy cat but damn it. Stressful 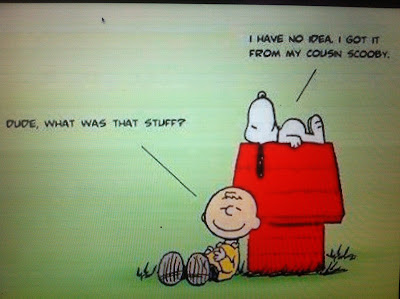 I added some much unwanted stress to my life by walking past the Trump houses while shoveling snow not so many days ago. This bothered me because that is not my branding. I laid in bed with thoughts of what if's. What if they slipped and fell and broke a hip because of my lack of actions. What if they saw me walk by and wondered why I would pull such a stunt. All those what ifs really upset me because I wasn't acting the better human. I selfishly walked right past their place because of a propaganda sign in their yard. Who Cares!?!?! Seek the best possible outcome and be the better person. Lead By Example 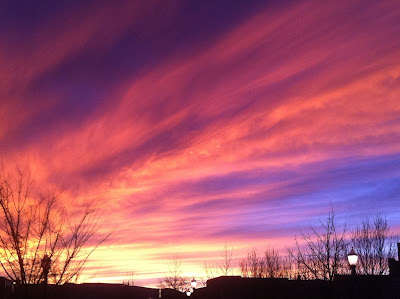 SOOOOooooo I had the privilege of being called into the principals office and that is never ideal. But I thought just maybe that they were going to elaborate about an issue I resolved whiteout being asked to do so. Nope, was politely informed that due to a low customer count, CLOSING THE DOORS. Phuc Me! Nobody Wins 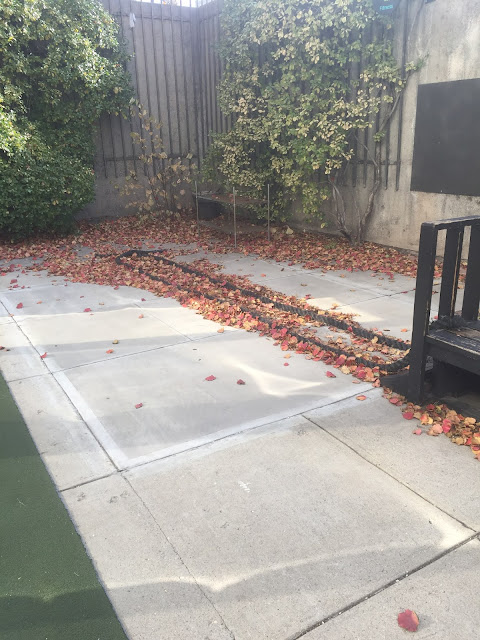 My heart immediately went out to all those Silver Sneakers as this gym is there one and only outlet of the day. A controlled environment where no judgment is cast upon thee. For some of them, A Purpose 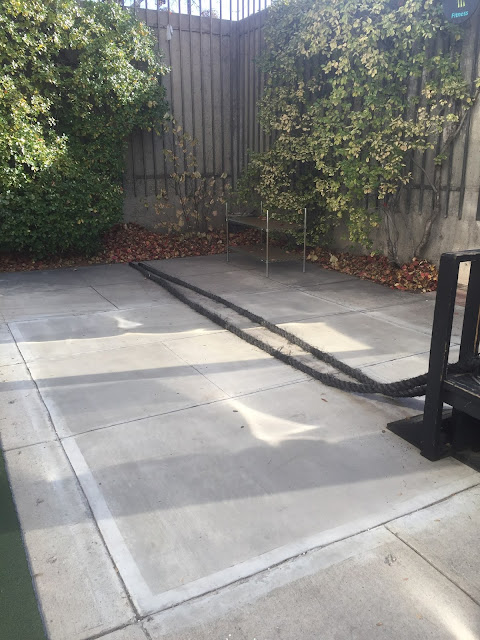 And now whats the alternative option for these folks?? See, I am so upset about this development that I use the same word twice. Alternative and option are the same, NO??? 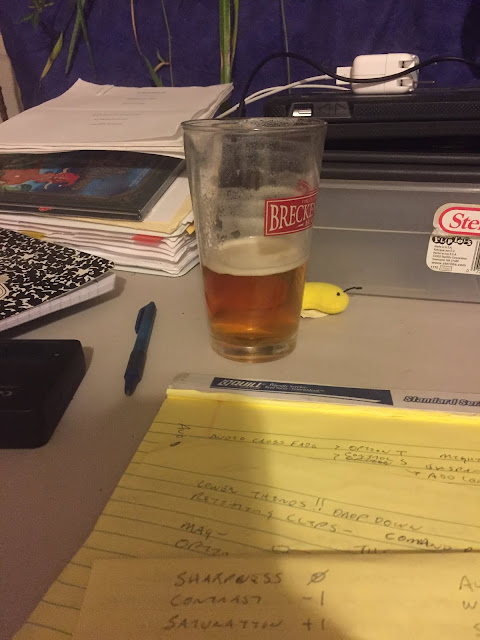 Not sure why but fright trains have been crossing my path constantly these days. I don't mind but its an observation as of lately. Always been a big fan of the rails, long history with locomotives, and those massive units create a distinct sound while moving about in the rail yard. 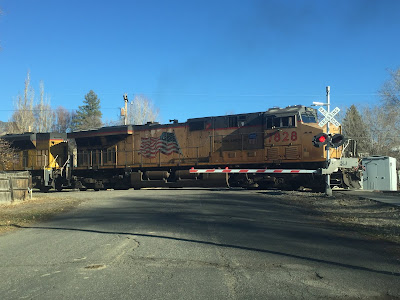 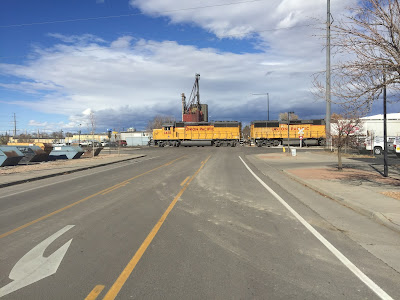 And all those new Strava challenge segments are popping up regularly. With that said, the Local Legends doesn't carry merit. I think its Strava sending out positive messages, which I am all for, but far from actuate. Strava notified me that I was the Local Legend for a particular route out to Fruita and that means I come back that way as well. A new rider claimed that title with five less rides than mine on the return trip. How can that be if I have five more rides??? But hey, if it gets folks outside, I am all for it. Feel Alive Folks 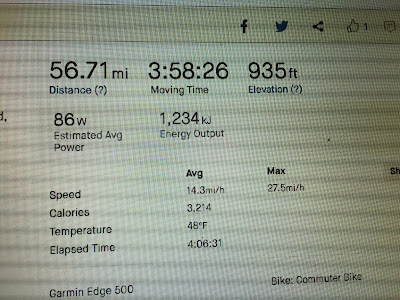 This was a solid mind clearing ride the other day. The legs were a little off so I took it rather easy. Glad I did because the wildlife was astounding. Merlin Falcons were in abundance, Red Tail Hawks are prevalent in Colorado, quick little running Quail scurried about, and Bald Eagles dominated the westerly thermals. Bucks casually walked beyond the fence line, sheep were focused on eating, and baby goats played like they are suppose to. Animals So Rock 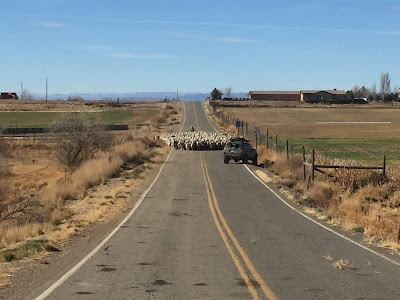 While on a farm tour ride the other day, ran into some rush hour traffic. Colorado Style!! Just to the left of this photo was a massive herd of sheep on the move. Check out all that piss and SH*T on the road. I mean thats a lot of sheep in this herd. Two working boarder collie dogs, one guy on a horse, and about three or four hispanic helpers guiding sheep towards their new farm patch for fresh grazing opportunities. Well Orchestrated

Out of town I drove and thats how "story time" came into play. A dynamic couple reached out and I accepted. Its always mind boggling how friends will appear when your chips are down. Dig That 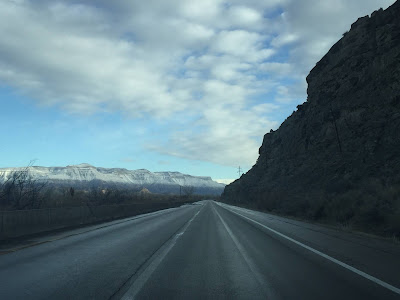 And its nice packing light. No sleeping pad, no camp stove, and none of that over thinking or what I am forgetting moments. Just an ice chest of goodness, sunglasses on my happy face, and a full tank of gas. Travel On 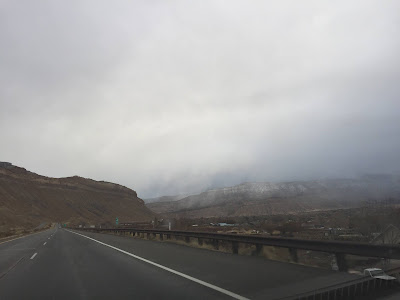 We laughed into the night as if we just saw each other the night before. Reminiscing of attending live shows, pets that no longer walk Mother Earth, upcoming travels, and when and where we were when. We stayed up way past our bedtime and my belly was sore the next morning from laughing out loud all night. 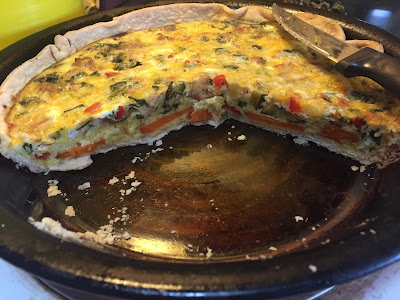 And because I am an early riser, they were stoked with this veggie filled quiche. Coffee was on, breakfast was ready, and the room smelled of grandmas touch. I had previously prepped all the veggies before departing, mixed half and half with 6 eggs in a sealed tight mason jar, and I cheated with a pre made pie crust. All while leaving room for brews in the ice chest of course. Plus, a little Makers Mark on the side just in case. Which was very well received. Again, they were stoked and we ate well. YES 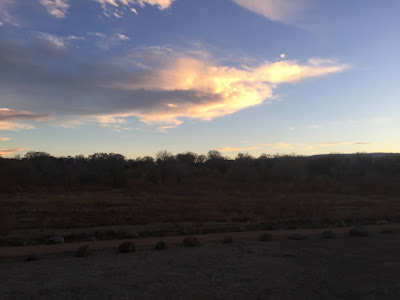 I am so full of gratitude for the opportunity for dodging out of the valley and how about that sunrise. Like WoW!! Once we all found our rhythm that morning, we rode out for a sweet A$$ ride. The perfect ride for a group of booze hounds. Not too hilly and not too aggressive. Just a ride were we could chat, pull off for a snack, and ride while looking out for everyones best interest. You know, friendship. Nothing Better 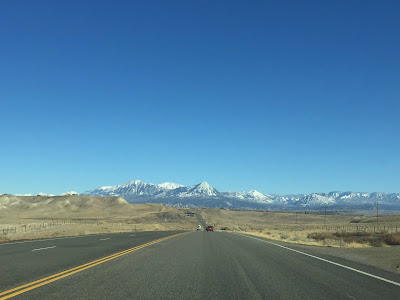 You know that game!! That game where some one asked you if you were independently wealthy. What would be your dream car? Where would you live?? All that nonsensical materialistic BS. That question was raised the other night and really bothered me because my headspace wasn't in make believe mode. 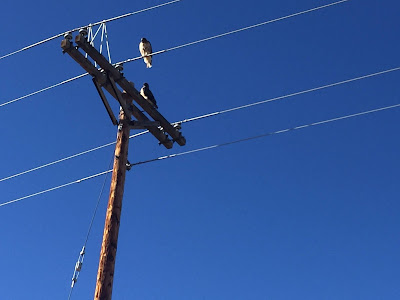 My immediate visceral response was LOVE, more of an outburst really. I don't want any of that Sh*t. I want what these two Red Tail Hawks have, compatibility for life. Finding a partner and never dream of letting go. I never imagined nailing all 6 lotto numbers and buying an entertainment center for my new TV. Phuc That!! Sports car, Phuc That Business!! I simply want unconditional love. Someone that challenges me intellectually. Someone that is willing to grow with me physically. Somebody that I can count on for support during tough times because they know that I only possess the best of intentions. Simple Honest Love

Be Well This Week,

P.S. For All Of You Monday Mural Fans , Here Is My 57 Second Video I Shot Of Just That. Turn It Up!!