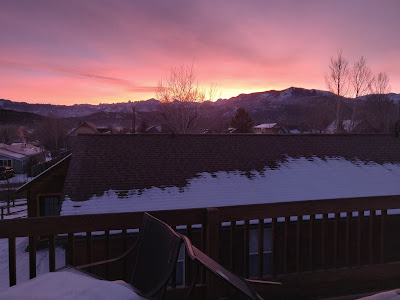 Our office is currently enduring some nifty upgrades. The center is moving into a new office space and a new practitioner is moving in. Our old spare office is in transition of becoming another useable/rental space. That will make four of us in the 3 room space with the opportunity for possibly another two practitioners. Way Cool 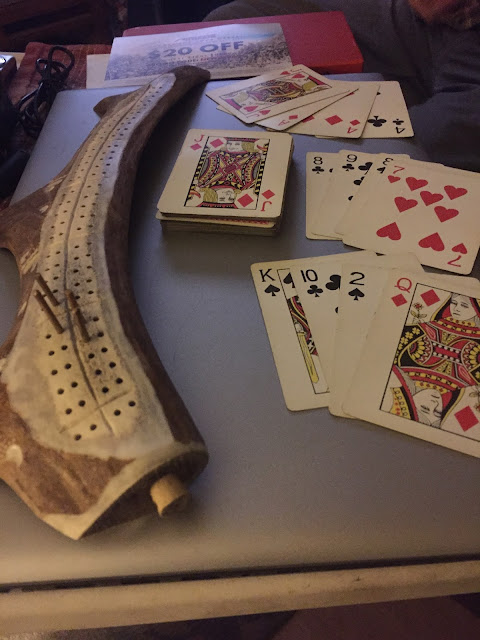 The center/school is only moving across the hall and one of my current officemates is also moving into that shared space. Positive growth is a good thing and all of us are excited about the changes. Thats The Good News 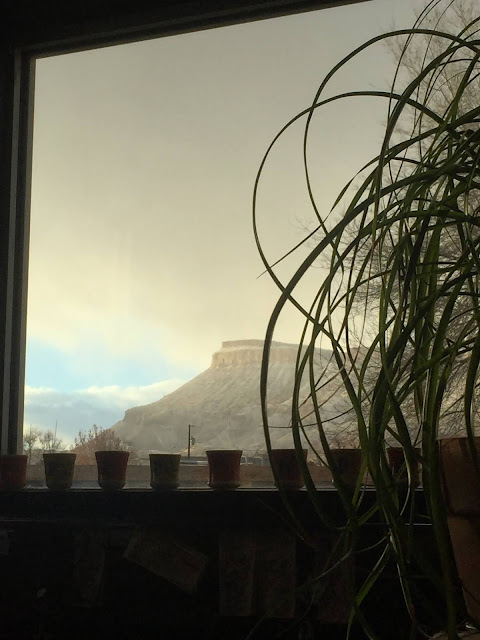 I received a call from my friends wife, not unusual to meet someone at the hospital, their child had been struck by a car. I totally wasn't prepared for what I walked into. Their child's head was wrapped up like a turban with the words in black sharpie NO BONE across the front. After an update, I casually offered the folks the option to head home, shower, and change clothes. Promised them that I wouldn't leave until they returned. They leaned on each other and/but didn't want to abandon/desert/leave the room. A nurse I know well was making her rounds and saw me and insured them that their child is in good hands. Together, they took me up on my proposal and I went to work. It's Just Such A Shitty Situation 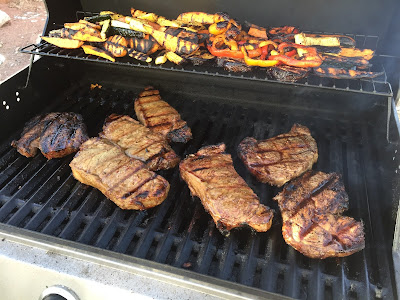 Backed off the push ups because they simply slipped my mind. It is so weird when you do something almost everyday and then poof!! One day its out of sight and out of mind. Did have a decent chest day and pushed the newly added weights without much struggle. No pain but a little sore the next day. Been paying attention to my form during my back/bi days. Basically not cheating my back by using my arms more than I should. And then for whatever reason, started swimming again. Gotta Like That 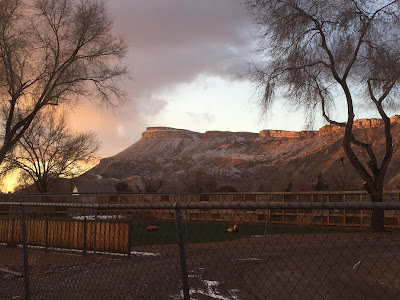 My cycling has been rather piss poor as of lately. And I am chalk full of solid excuses these days. Haven't even attended a Spin Class ether. So Lame On My Part 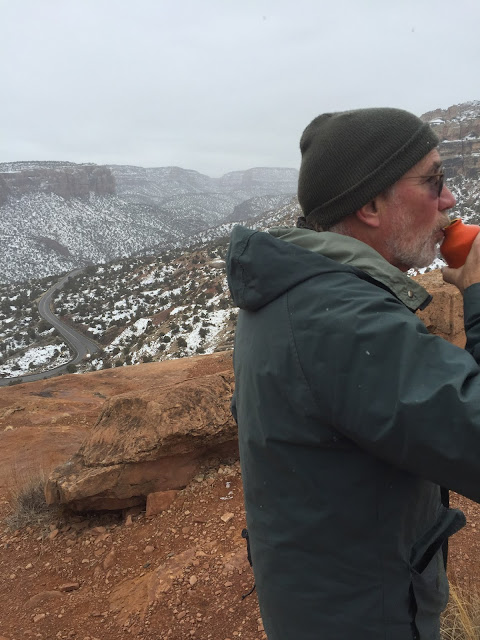 Don't get me wrong. I have still NEVER driven to the office. I am on the commuter bike almost daily but no real riding to speak of. Haven't been on the 575 yet this year and that is NOT because of the weather. Just A Lazy A$$ 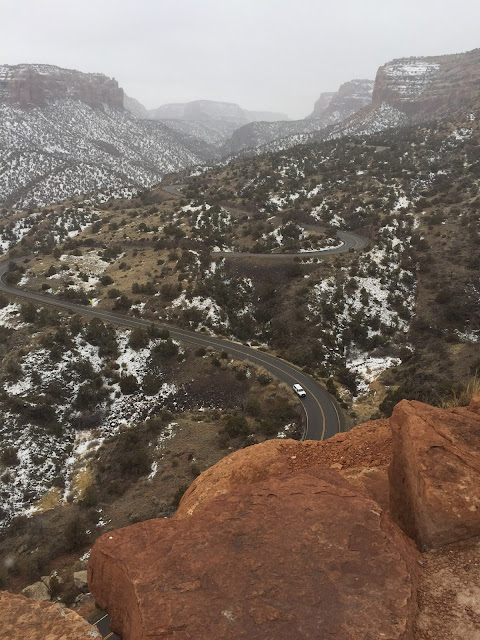 And has absolutely nothing to do with my appreciation for oats wheat and barley. Speaking of which, Palisade Brewery has a beautiful Of Belay I.P.A. and my growler hasn't been dry in awhile. Love The Brew 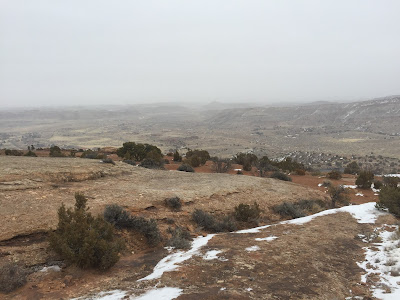 The Super Bowl was fantastic because I wasn't invested this year. I wore my red, silver, and white Mountain Khakis shirt and told everyone that I am pulling for the red team this year. I was also pleased in knowing that I wouldn't be waking up all pissed off about the game on Monday morning. Nice To Be A Mundane Spectator 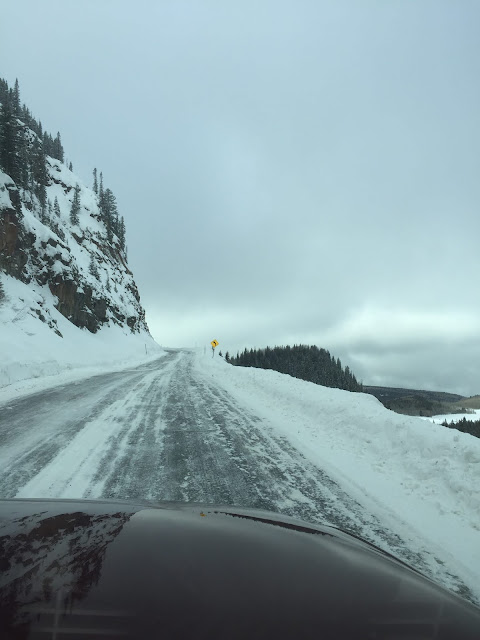 And For Me, The Game Was Bitchin!! Tied at halftime, SCORE!! Fourth Quarter Come Back, TOTAL SCORE!! I enjoyed all facets of the game and was completely stunned by the entertainment value of the Halftime Show. Blows me away to think about the infrastructure behind the scenes to erect the stage, the choreography, the planning/executing with precession, only one shot to get it all right, and then the deconstruction without tearing up the field. AMAZING 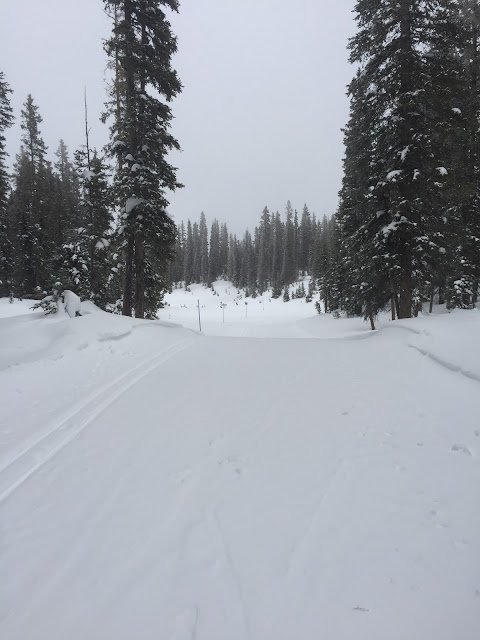 I was partial towards the commercials and the Jimmy Fallon Michelob ULTRA was my favorite. Talk about a laugh out load commercial. The Ellen commercial with Alexa was a hit!! Bill Murray is just a class act and made me smile knowing that he still has what it takes. The Shinning ( MT DEW ) take off cracked me up just because I so love that twisted movie. Wasn't too impressed with the baby peanut as it was a simple capitalism move from baby Yoda hype. The Reeese's Candy was creative but pretty lame at the same time. But overall, one of the better Super Bowls in awhile. Hope You Enjoyed Yourself 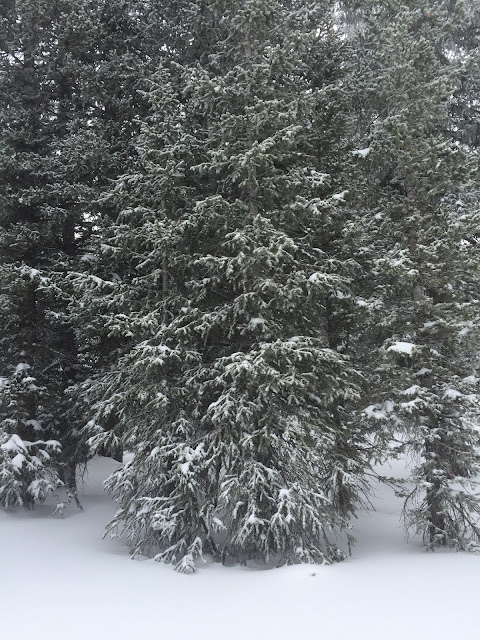 Woodbelly ( yes, correct spelling ) is a Frontstrange band and I was blown away by their stage awareness. A 5 piece band but sounds more like a 12 piece. As they worked through a chord progression, setting up for a featured artist, the band would gravitate towards that specific instrument.  They created a half circle or sorts around that artist during the jam. It Was Cool Concept 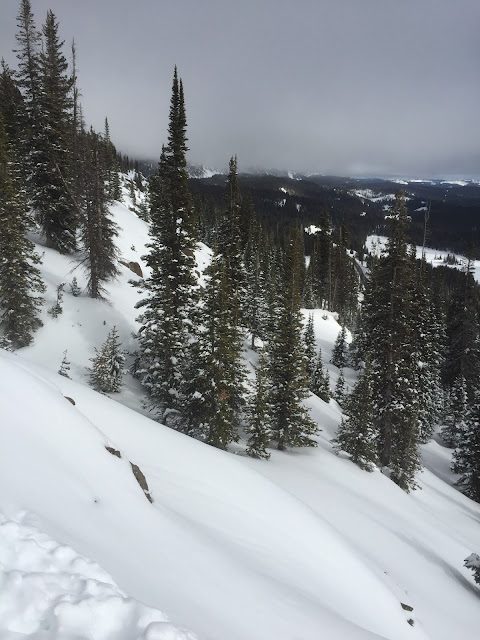 It totally helped by the fact that the upright bass player was massive. So he would lift his bass while playing and slide in behind the dobro or banjo or whoever was taking the lead during that particular song. Fascinating showmanship for sure and brought a personal level to the stage as well. Then they would rotate back into a standard line and finish out the tune. 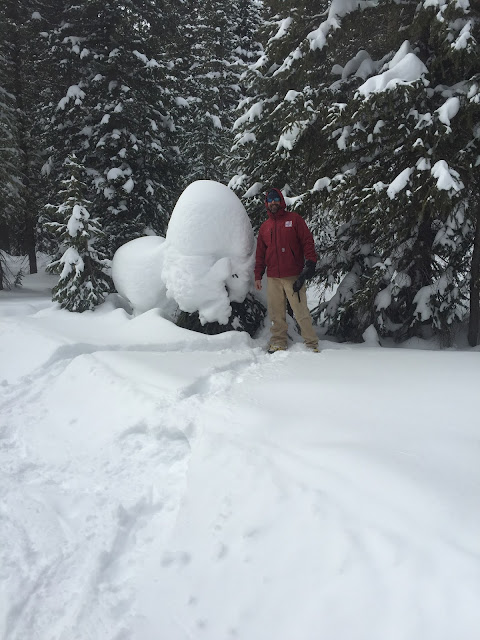 Trout Steak Revival ( Creative Stickers At Their Merch Table & Art Work On Their LB Caught My Eye ) was pretty disappointing. They played in the Radio Room this past Fall and were very entertaining. Clean sounding, funny little tales between songs, and excellent stage presence. This time, only a four piece, were terrible. An off night for sure. Free Tix - Is What It Is , $20 Tix - Pretty Disappointing , & $40 Tix - Would Definitely Feel Jipped - Me, I scored my ticket for free on KAFM. 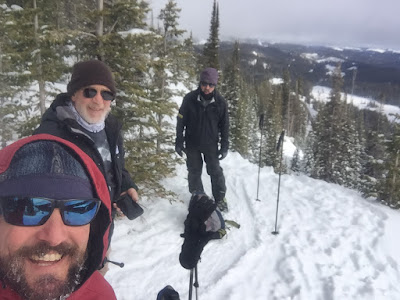 Samantha Fish ( Favorite Show From The Four Shows ) is a sultry blues guitar player and the only act with a taste for appearance. The band mates all wore jackets, dress shirts, and wore ties. They were ready from the start and played a hard driving show. 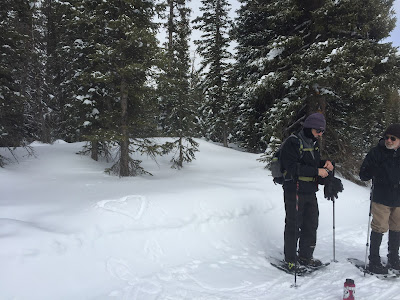 Samantha started out at a young age as a drummer and then later switched to the guitar. I was surprised that she now has 10 albums and has removed her long blond locks. She looked so sexy supporting short hair and her unbuttoned black leather jacket was quite the fashion statement. Of course the skin tight leggings and black heel pumps helped the overall package. 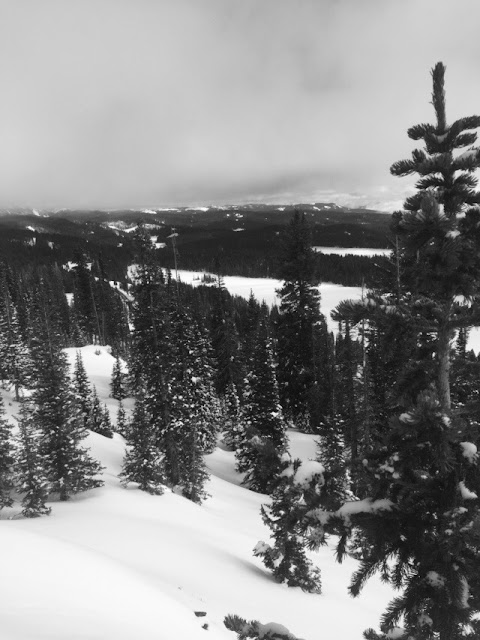 But Seriously, a really fantastic high energy show. The band was tight and ripped into the wheeeee hours of the evening with all original songs. This was after a 7 and half hour drive in the "blowing" snow from Denver. I definitely recommend attending their show in a theater near you. 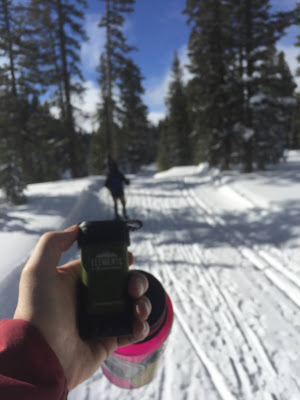 Ally Venable ( Never Imagine She Is ONLY 23 Years Old ) Another blues musician but more than that one dimensional stereotype. Her cover of Stevie Ray Vaughan's Scratch-n-Sniff & Pride And Joy were off the charts. Her bass player and drummer were just OK but kept in time so whatever. And Yes, they wore everyday t-shirts and clearly unshaven for the week. But damn that Ally could flat out play. And for a $7 cover, excellent show. 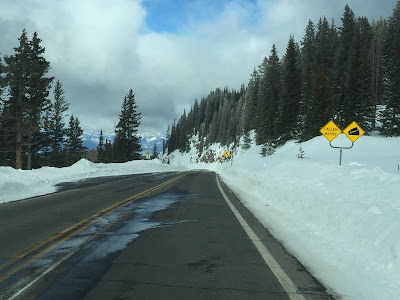 Funny little moment in time here. I walked into the the bank, well I actually rode my bike into the bank, Eye Of The Tiger was playing in the lobby. I made the statement to the tellers, " Thanx For Playing My Theme Song." Deer in headlights!! It dawned on me that all the young pups behind the counter have NO flipping idea who Rocky is, who he stood for, or have even seen the flick. Kids 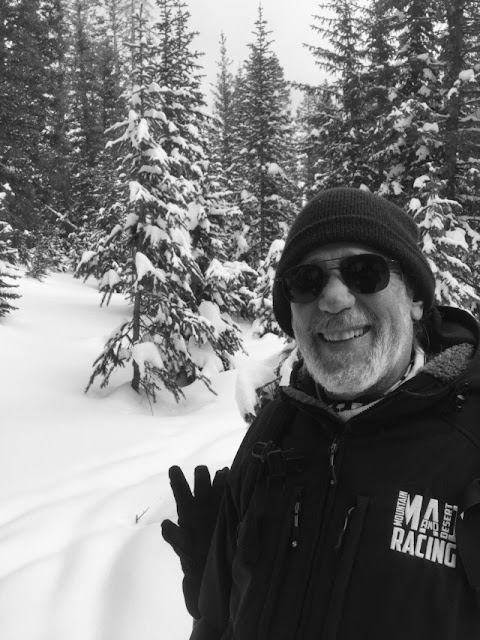 My latest radio ( SHOW - this link is good for two weeks ) show featured black artist history month. The show I subbed for has the long standing title Rhythm Lounge Radio on Saturday Nights and is the one and only Hip Hop show on KAFM. I took it upon myself to pay homage to legends of their craft and the calls rolled in. Pleased with the reassurance of callers and text messages. Folks calling in with their own story of or how they met or where they were when. It Was Fascinating Really 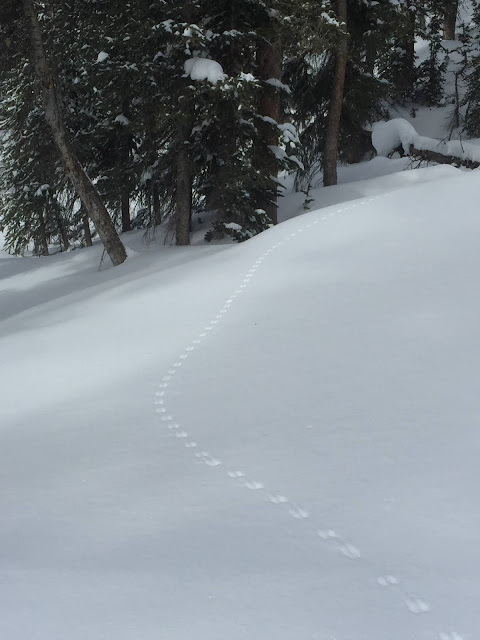 My show for the evening was labeled the Smokers Lounge on 2/8/2020. I eased into the show with a disco rapping turntable opener and danced back and forth between reggae, dub, and instrumental rap tunes for that first hour. Sprinkled throughout the show were my readings of legendary artist that no longer walk among the living and would then aired one of their tunes. Thats the basic premise any how. Kobe & Michael Jackson were the only two that made it into their 40's from my list. Biggie Smalls, 2pac, Easy-E, etc all passed away in their 20's. Anyway, I enjoyed diving deep into their history and learned a lot. Educating Is Power 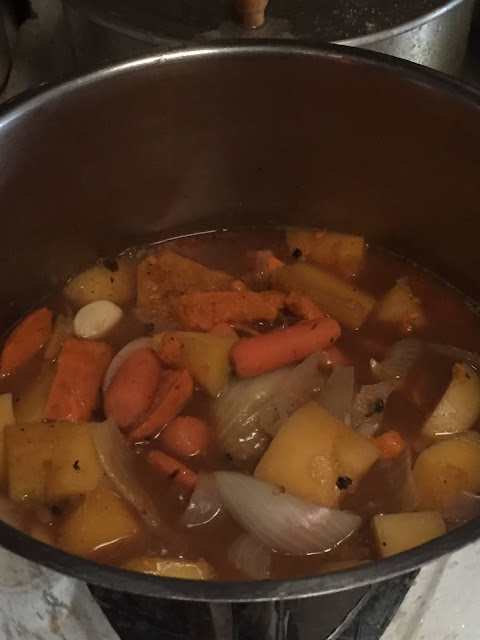 My "recovery" meal the other day. Its my so called leftovers stew and heavy on the garlic, turmeric, and veggies that needed to be cooked ASAP. All the herbs and spices made for a happy palate. I used to give The Boy Dog baby carrots when I ran out of his homemade biscuits. 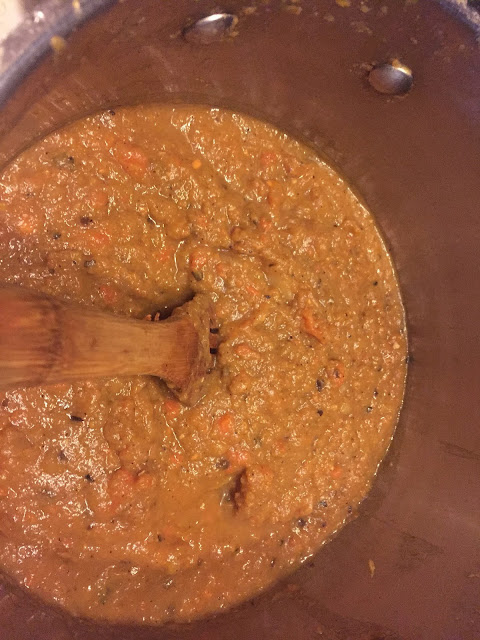 As we begin nearing the mid 40's in high temperatures, my plan is to ride the River Trail. As longs there is no rain, don't see why I should be on the 575 for some single track. My biggest goal is to start climbing again. But I sure do have some choice excuses up my sleeve. Sh*t Fire

Have A Joyous Vanities Day Weekend & Stay Strong,
Cheers
Posted by The Padre at 8:08 AM